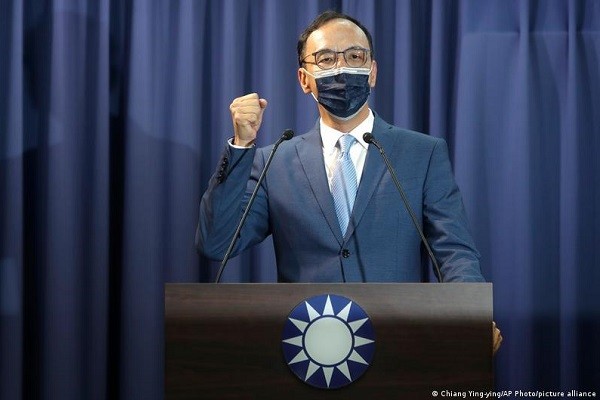 TAIPEI (Taiwan News) — The main opposition Kuomingtang (KMT) party on Wednesday (June 29) issued a statement refuting claims by the Taiwan Affairs Office (TAO) that Taiwan is ruled by Beijing and the Taiwan Strait is its "internal waters."

TAO Spokesperson Ma Xiaoguang (馬曉光) claimed the People's Republic of China (PRC) replaced the Republic of China (ROC) on Oct. 1, 1949 to "become the sole legal government of China, the sole representative in the world, and fully enjoys the right to exercise China's sovereignty, including sovereignty over Taiwan."

In response, the KMT issued a statement on its website pointing out, "The Republic of China has always been a sovereign and independent country, and the People's Republic of China has never ruled Taiwan." The KMT condemned TAO's claims as "not only hurting the feelings of Taiwanese, but also being detrimental to the peaceful development of cross-strait relations."

According to the KMT, the ROC has been a sovereign and independent country since its founding in 1912. It said that in accordance with the constitution of the Republic of China, the country has continued to "practice democratic constitutional government, protect freedom and universal human rights in the free areas of Taiwan, Penghu, Kinmen, Matsu, and won the support and recognition of Chinese at home and abroad and countries all over the world."

The KMT said the ROC has exercised both de jure and de facto territorial sovereignty over Taiwan since Oct. 25, 1945. It noted that this "restoration of sovereignty" was confirmed after the ROC signed the Sino-Japanese Peace Treaty with Japan on April 28, 1952, and "has nothing to do with the People's Republic of China."

On June 13, China's Foreign Ministry Spokesman Wang Wenbin (汪文斌) claimed that Beijing has "sovereignty, sovereign rights and jurisdiction over the Taiwan Strait," and he described the strait as divided into several zones that include "internal waters, territorial sea, contiguous zone, and the Exclusive Economic Zone." In response, the KMT said that it could never accept such a statement and that it "firmly supports the legal navigation and overflight rights of all countries in the Taiwan Strait in accordance with international law."