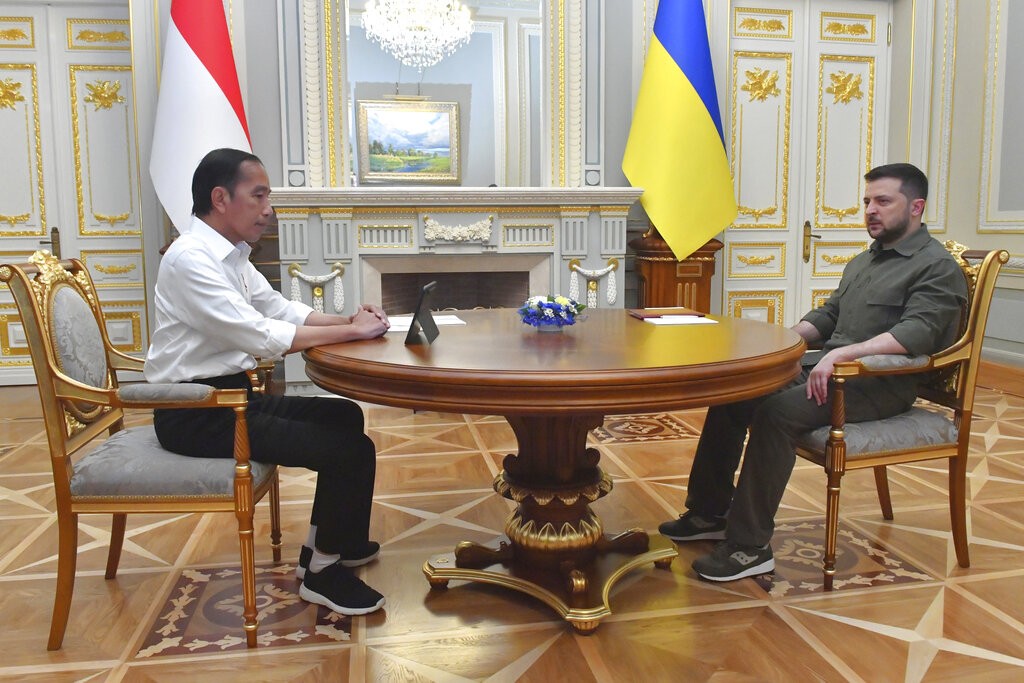 It was not immediately clear how Zelenskiy responded to the offer made by Jokowi - as President Widodo is known - during talks in Kyiv or whether the Ukrainian leader had any message he wished to send to Putin.

Jokowi is the chair of the Group of 20 nations and one of six leaders the United Nations has appointed as "champions" of a Global Crisis Response Group, formed to address the threat of a hunger and destitution posed by the war in Ukraine. Read full story

After his visit to Ukraine, Jokowi is due to go to Moscow to meet Putin, and has said he will urge the Russian president to agree to a ceasefire. Peace talks between Moscow and Kyiv are frozen, with each side blaming the other.

"Even though it's very hard to achieve, I expressed the importance of a peace resolution," Jokowi said after meeting Zelenskiy. "I offered to deliver a message from President Zelenskiy to President Putin whom I'll meet soon."

Jokowi has said he is committed to tackling the rise in food and energy prices and shortages since Russia's invasion.

"All efforts must be made to ensure Ukraine can resume exporting food," he said in Kyiv, underlining the need for safety guarantees for Ukrainian food deliveries, especially by sea.

Jokowi, who arrived in Kyiv from Poland by train on Wednesday morning, repeated an invitation for Zelenskiy to attend a G20 leaders’ summit in Indonesia’s Bali in November.