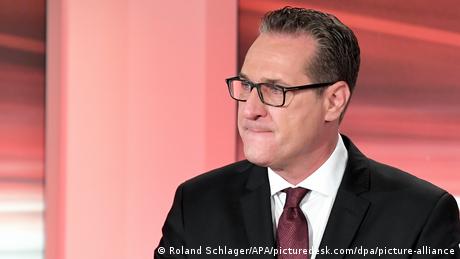 Austrian officials announced on Wednesday that they would not prosecute a private investigator who brought down the country's government in 2019 with a secretly recorded video of the vice chancellor at the time.

The man had been under investigation for falsification of documents and misuse of recording devices. The case was dropped due to a lack of evidence, according to the Vienna public prosecutor's office.

The fact that the 41-year-old was already serving a three-and-a-half-year sentence for a drug charge also played a role, they said.

The "Ibiza affair" erupted after the footage, originally taken in 2017, was published by Germany's Der Spiegel magazine and the Süddeutsche Zeitung newspaper. The footage shows Heinz-Christian Strache, leader of the far-right Freedom Party (FPÖ), at a luxury vacation home on the Spanish island of Ibiza.

He appears to offer a woman posing as a Russian oligarch's niece lucrative government contracts in exchange for positive coverage in media outlets owned by her uncle. He then comments that he "wants to create a media landscape like [Hungarian Prime Minister Viktor] Orban," who has repeatedly come under scrutiny for repressing independent media.

Prosecutors also announced Wednesday that the woman pretending to be the oligarch's niece would not face charges.

The fallout led to Strache's resignation and eventually the collapse of the FPÖ's coalition government with the conservative People's Party led by then Chancellor Sebastian Kurz.

After a snap election in September 2019, Kurz formed a new government with the Green Party but ended up resigning in 2021 when caught up in a corruption scandal of his own.

The release of the Ibiza video led to widespread speculation about the source of the video, which was later confirmed to have been financed by the private investigator.