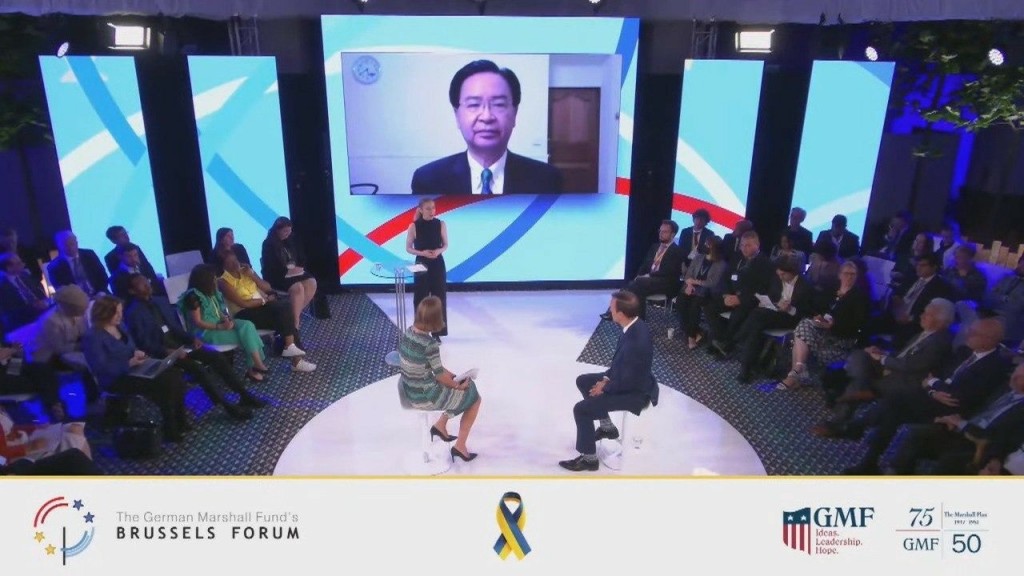 On the second day of the Brussels Forum, which was hosted by The German Marshall Fund of the United States on Tuesday, Wu was asked by a member of the audience about the nature of the Chinese disinformation campaign in Taiwan. Wu, who was speaking by video link, pointed out that Taiwan faces a steady stream of disinformation from China on a daily basis, as well as cognitive warfare.

Wu said that Chinese propagandists are trying to push the narrative to convince Taiwanese "the U.S. is abandoning Taiwan. The U.S. is not going to help Taiwan. And Taiwan is doomed unless Taiwan goes out to China for help."

Wu said the goal of this disinformation campaign is to undermine Taiwan's democracy to the extent that Taiwanese no longer trust their government.

The foreign minister warned that if action is not taken, Taiwan's democracy could be undermined. However, he said the Tsai administration's strategy now is to have every government institution respond to "every piece of disinformation in a very quick way."

Wu said that when a piece of disinformation is detected, the Ministry of Foreign Affairs (MOFA) is required to clarify the matter as swiftly as possible. He stressed that clarification by the government on its own is not sufficient and that it needs to work with the media in publishing the facts.

According to Wu, the Taiwan government also works with NGOs that have set up fact-checking institutions and centers that allow the public to pose questions about the veracity of posts circulating on media and social media platforms. He added that there are institutions that trace the origin of fake news to alert the public as well as work to improve media literacy education.

Wu said that if it had not been for these measures, it would have been very difficult for Taiwan to deal with the streams of disinformation coming from China.