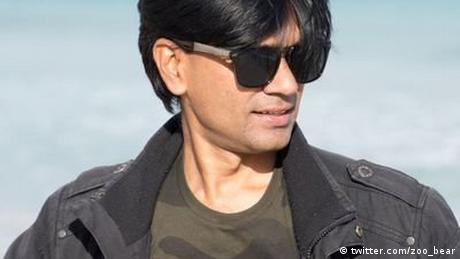 Zubair, who is the co-founder of fact-checking website Alt News, has been a vocal critic of Prime Minister Narendra Modi's government.

He also routinely calls out hate speech by Hindu fringe groups on the internet and writes about the marginalization of India's Muslim minority.

While the police sought to keep him in custody for seven days, judicial authorities allowed only one day in custody, directing them to produce Zubair in front of a magistrate later on Tuesday.

Indian media reported that Zubair was arrested after a Twitter user filed a complaint against the fact-checker.

Zubair is accused of violating the country's law on religious harmony in a tweet he wrote in 2018 concerning the renaming of a hotel after the Hindu god Hanuman.

His arrest has been condemned by supporters as a politically motivated attempt to silence a government critic and harass him due to his journalism.

Journalist Rana Ayyub, who is also Muslim and is a frequent target by the Hindu right wing, condemned his arrest in a post on Twitter.

"The country is punishing those who reported, documented the decline," she wrote on Twitter.

DIGIPUB, a consortium of digital news media organizations in India, said it was "unjustifiable" to use "stringent laws" to go after journalists.

"It is unjustifiable that such stringent laws are being used as tools against journalists, who have been accorded the role of playing watchdog against the misuse of the institutions of the state."

Opposition leader Rahul Gandhi also tweeted, "Every person exposing BJP's hate, bigotry and lies is a threat to them. Arresting one voice of truth will only give rise to a thousand more."

Critics of Modi's government say Zubair's arrest is a part of a larger crackdown on free speech and rights activists in India since Modi came to power in May 2014.

India's press freedom ranking fell from 142 in 2021 to 150 this year, according to global media watchdog Reporters Without Borders, which published its 2022 World Press Freedom Index last month.

"The violence against journalists, the politically partisan media and the concentration of media ownership all demonstrate that press freedom is in crisis in the world's largest democracy, ruled since 2014 by Prime Minister Narendra Modi, the leader of the Bharatiya Janata Party (BJP) and the embodiment of the Hindu nationalist right," the report said.