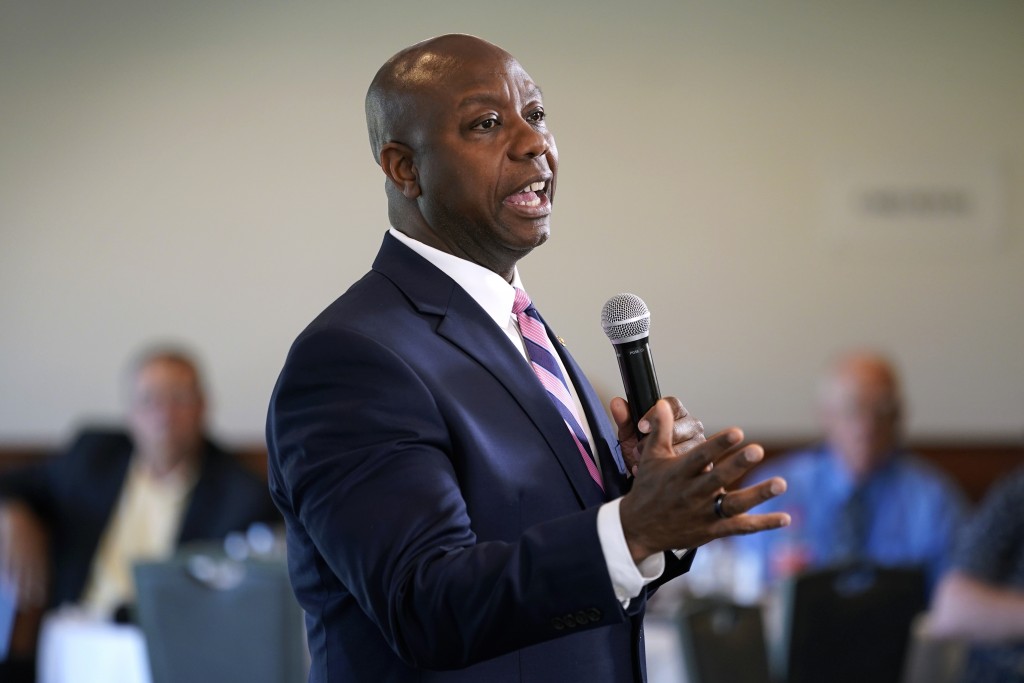 COLUMBIA, S.C. (AP) — Two women are in a Democratic primary runoff Tuesday to challenge U.S. Sen. Tim Scott, who said this will be his last term if he is reelected.

Author and preservationist Catherine Fleming Bruce and state Rep. Krystle Matthews finished first and second, respectively, in a June 14 Democratic primary that was fairly evenly divided among the three contenders, all Black women.

Interviewed after that vote, Matthews told The Associated Press that she felt it had been difficult for any one of the three to break out because “people are afraid to pick between three Black women” due to “the climate of America when it comes to racial politics.”

The runoff winner advances to the general election to face Scott, a rising GOP star and the sole Black Republican in the Senate. Scott had no primary opposition and has raised $44 million for his reelection in a state that hasn’t elected a Democrat statewide since 2006. Bruce and Matthews have raised a combined $131,000, according to federal fundraising data.

Matthews, who is also running for a third term for her state House seat in Berkeley County, has said she wants to change a toxic culture that she feels leads senators and others in power to strip away the rights of minorities and other people who need protection the most.

Over the weekend, conservative activist group Project Veritas published leaked audio purportedly of Matthews speaking to an inmate about funding her campaign with “dope boy money" and having Democrats run as Republicans, saying “secret sleepers” represent "the only way you’re gonna change the dynamics in South Carolina.” Matthews' campaign did not immediately comment on the audio.

Bruce, an author who has worked on preservation projects for civil rights sites around Columbia, has advocated for health care for all and the passage of federal legislation to bolster voting rights. Serving as foreperson on the state grand jury that investigated corruption in the General Assembly, leading to indictments of several Republican lawmakers in 2016 and 2017, she lost a Columbia City Council race in 2019.

Scott, who has been one of the GOP’s go-to standouts particularly on race and policing issues, has faced a Black opponent in each of his three campaigns. He won a 2014 special election and election to his first full term in 2016 by more than 60% of the vote.

Scott has been one of South Carolina’s more popular politicians. He was a congressman when then-Gov. Nikki Haley appointed him to the Senate seat left open when Jim DeMint resigned in 2012.

Scott is also being touted by some as a potential 2024 presidential candidate, although he has not mentioned it himself.

Scott touts his conservative credentials and got a primetime speech at the 2020 Republican National Convention. But he has also noted his work with Democrats on police reform legislation.

Meg Kinnard can be reached at: http://twitter.com/MegKinnardAP.