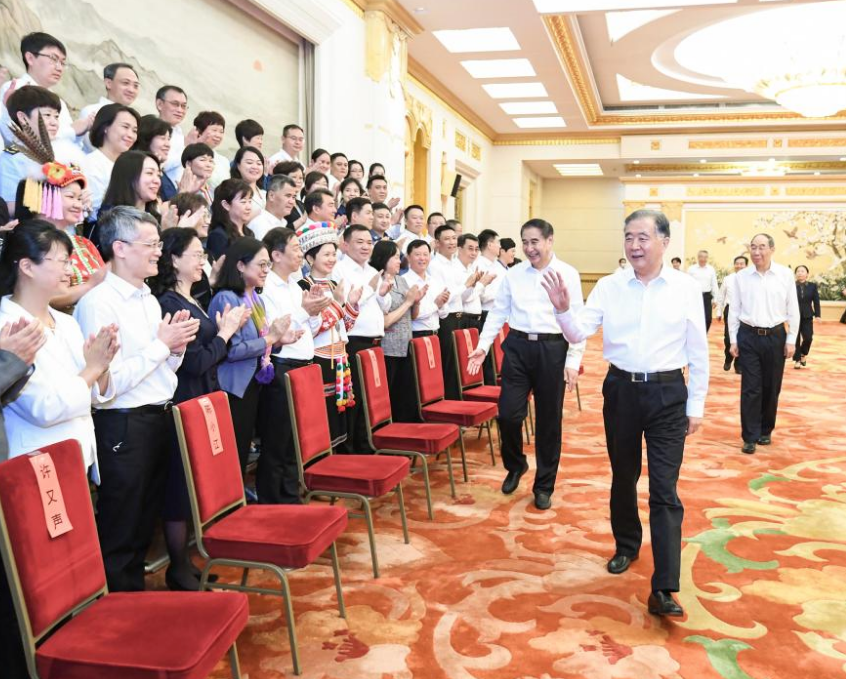 TAIPEI (Taiwan News) — Every time the National Congress of the Chinese Communist Party (CPC) is about to roll around, some party leader will earnestly exhort a select mob of Taiwanese “delegates” to do what they can for the communists.

This year was no different as China’s third most powerful politician, Wang Yang (汪洋), met up with “CPC members of Taiwan origin” on Sunday (June 26), according to China state media organization Xinhua.

The Politburo Standing Committee of the Chinese Communist Party member, and Chairman of the National Committee of the Chinese People's Political Consultative Conference, told the group of select Taiwanese that they should do their best to make contributions at the 20th Party Congress. Held every five years, China's most important political stage show is set to be held in the second half of this year.

Wang called on those Taiwanese present to "fully comprehend the Party's overall policy" on Taiwan, and ensure that their thoughts were aligned with "major issues concerning principles," per Xinhua. In addition, they should do their best to promote cross-strait exchanges.

China likes the optics of having pliant Taiwanese attend the National Congress and "represent" Taiwan. The legality of being Taiwanese and one of the 2,300 delegates, however, has been a thorny issue for some time.

Typically, just a handful of Taiwanese attend, and there were just 10 Taiwan delegates at the 18th Party Congress. Technically, neither Taiwan nor China allow dual passports.

In March, Wang Yang was quoted by Reuters as saying "uncertainties and instabilities" over the Taiwan Strait had increased. "But the times, momentum and righteousness are always on our side."

Taiwan's Mainland Affairs Council responded by saying that despite increasing antagonism by China, it was unlikely to invade the nation before the 20th Party Congress because the CCP would first wish to see Xi Jinping (習近平) elected for a new term.