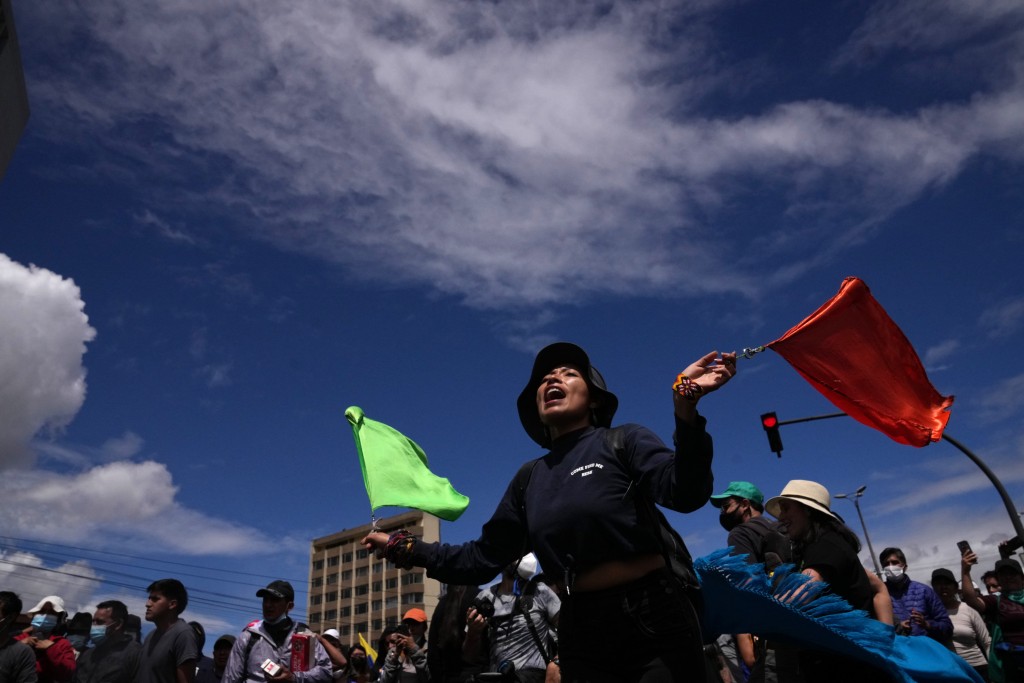 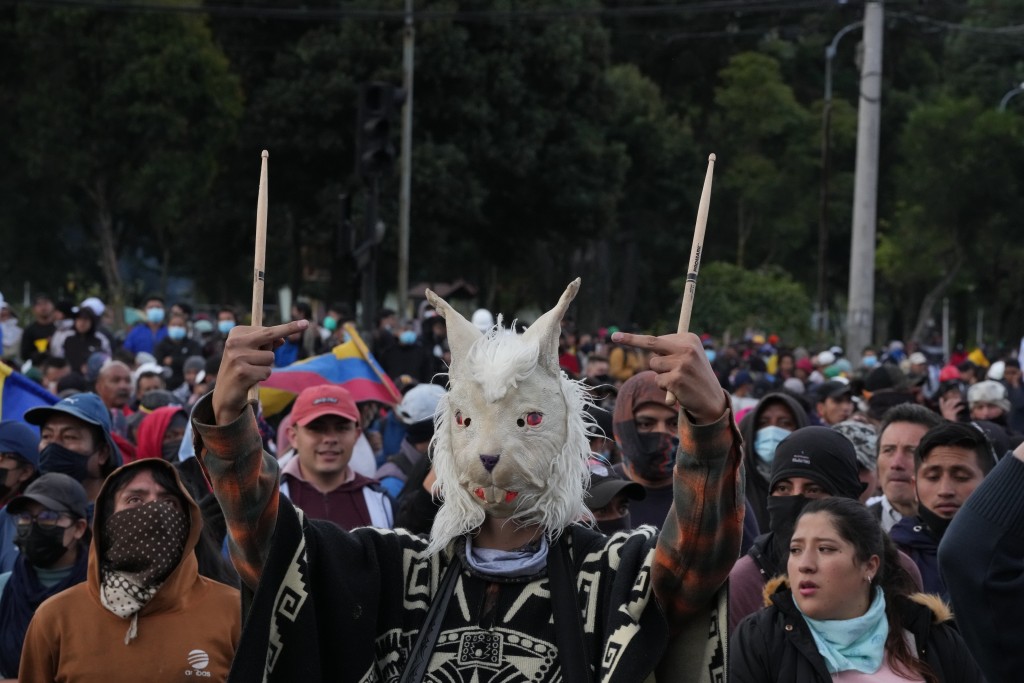 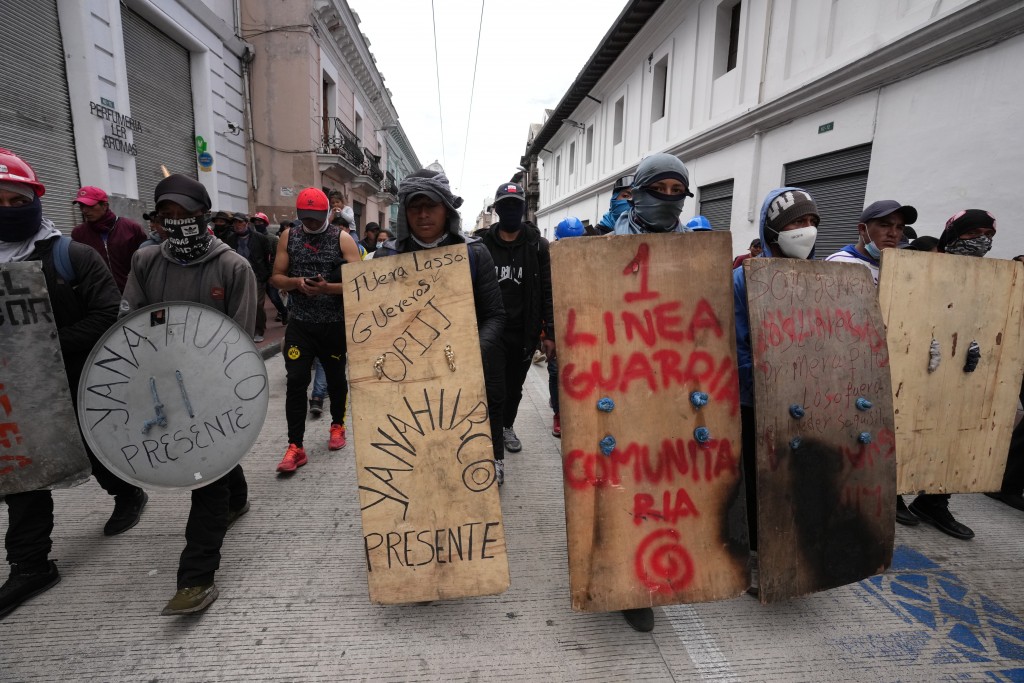 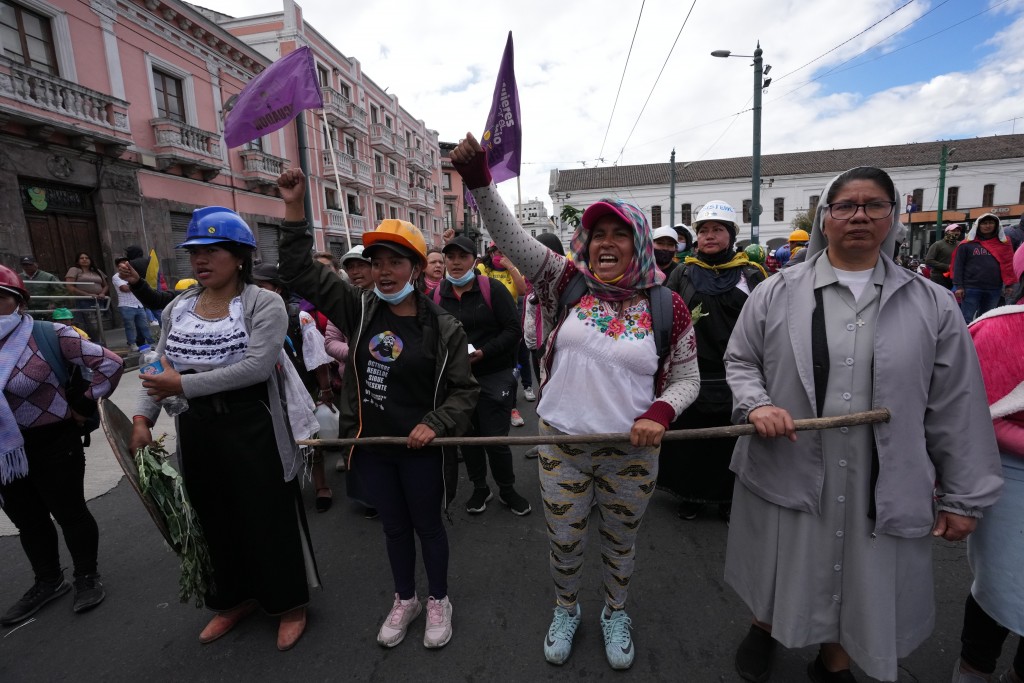 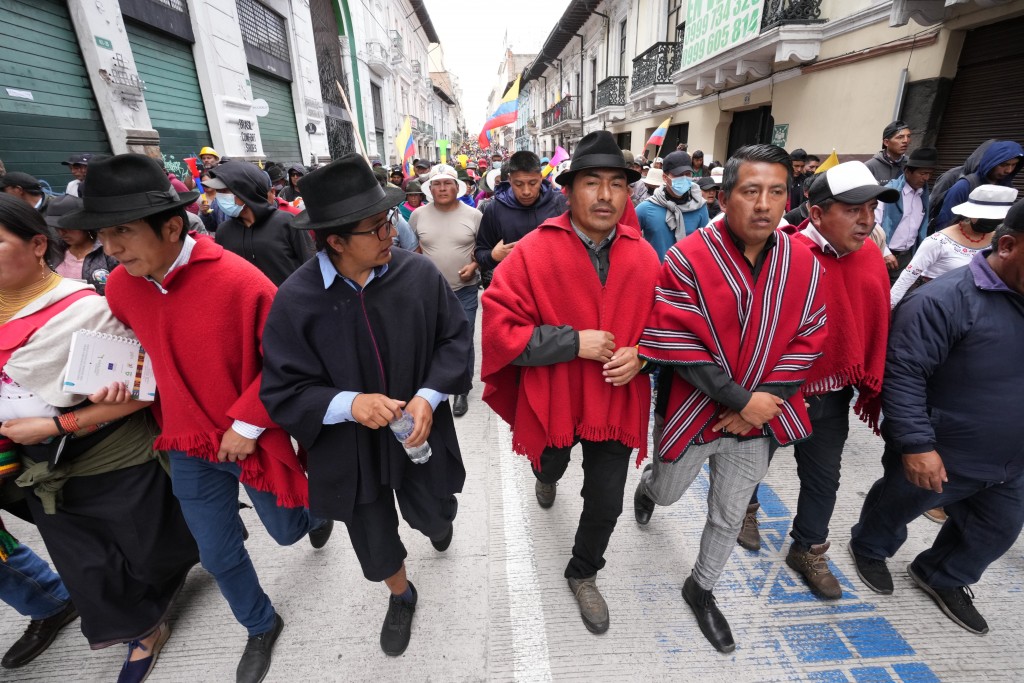 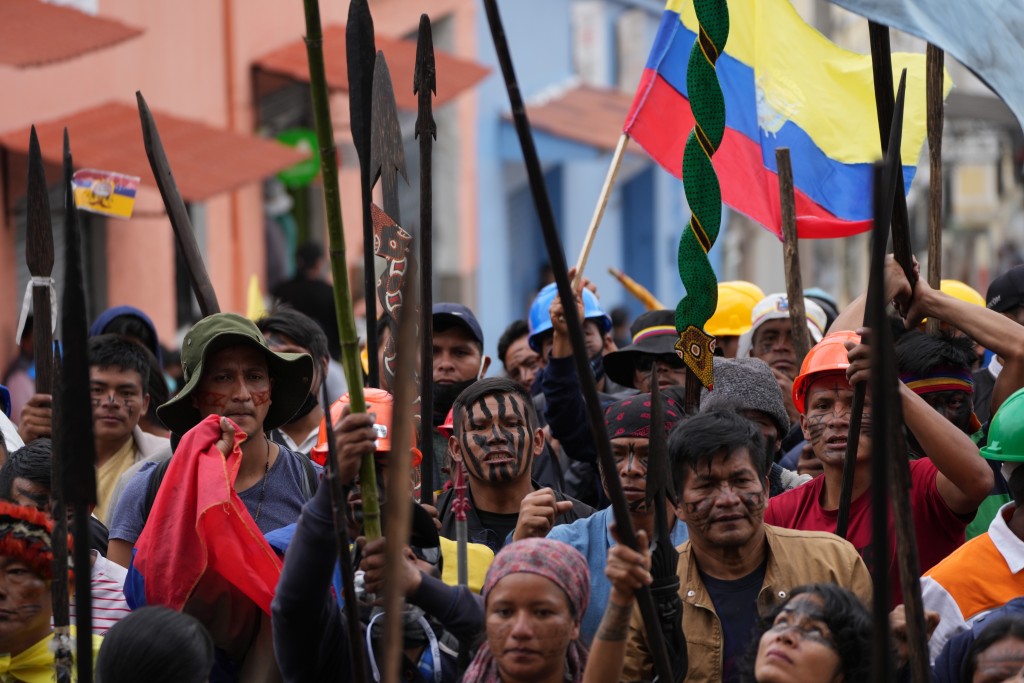 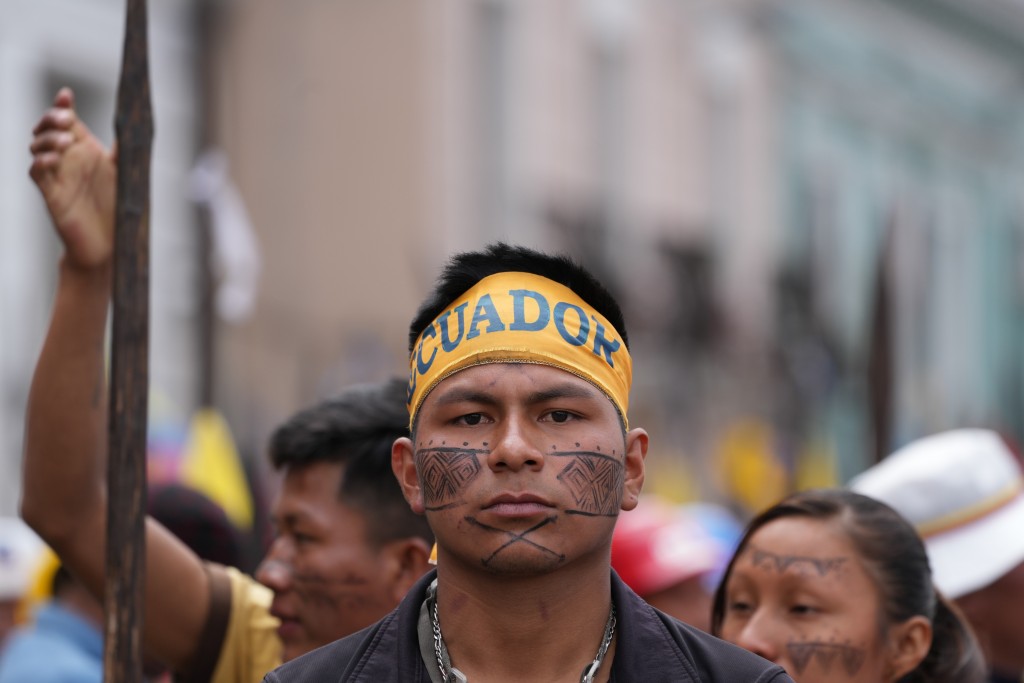 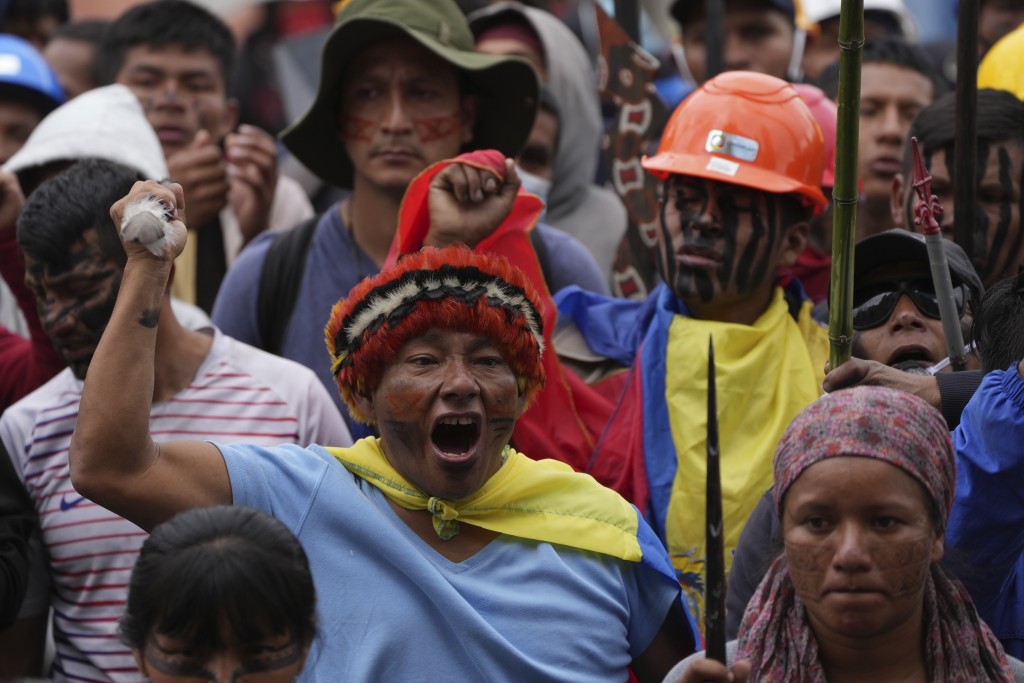 QUITO, Ecuador (AP) — The Indigenous organization leading protests in Ecuador on Monday agreed to discuss with the government possible solutions that could lead to the end of a strike that has paralyzed parts of the country for two weeks.

The Confederation of Indigenous Nationalities of Ecuador said in a statement that it was expecting to meet with government officials on the same day of the announcement. Its decision followed President Guillermo Lasso's announcement of a gasoline price cut, which has been one of the group's demands.

However, before agreeing to dialogue with the government, the organization had rejected the price cut saying it was “insufficient.”

The cut “is not compatible with the situation of poverty faced by millions of families,” the organization said.

The organization has demanded compliance with a 10-point agenda, including the reduction of the price of extra gasoline from 2.55 to 2.10 dollars a gallon and diesel from 1.90 to 1.50.

Speaking on national television late Sunday, Lasso said the price of fuel "has become the cornerstone that maintains the conflict.”

“Ecuadorians who seek dialogue will find a government with an outstretched hand, those who seek chaos, violence and terrorism will face the full force of the law,” he said, emphasizing that the country must return to normality.

The move comes shortly after Lasso lifted a state of emergency he’d imposed in six provinces and government officials held initial talks with protest leaders. It also comes as lawmakers discuss an opposition request to remove Lasso from office amid the strike, which has caused food shortages and hurt the economy.

Indigenous protesters are demanding a cut in gasoline prices, price controls on agricultural products and a larger budget be set for education. Lasso had accused the leader of the at-times violent strike of seeking to stage a coup.

On Thursday, the Indigenous confederation said a demonstrator died of pellet wounds in the chest and abdomen while protesting near the National Assembly in Quito, where about 100 other people suffered a variety of injuries. Police tweeted that officers were also injured by pellets.

In Quito, protesters blocking roads have brought the city to a near halt and people are experiencing food and fuel shortages. Groups of protesters have roamed the city attacking vehicles and civilians and forcing the closure of businesses, some of which were looted.