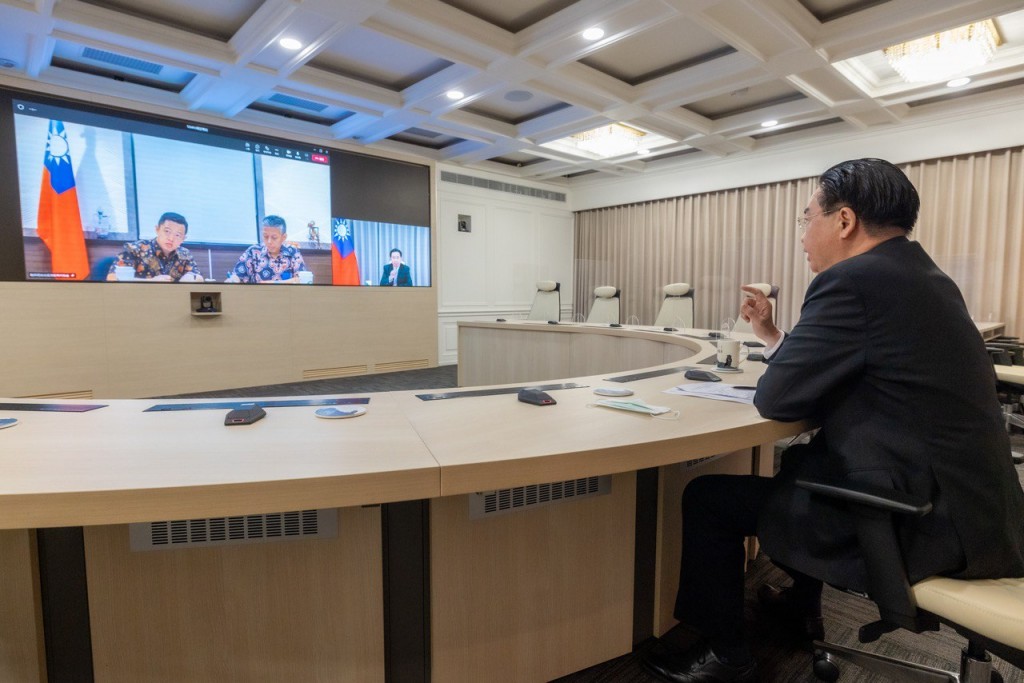 Wu pointed out that China's "wolf warrior diplomacy" aims to realize China's regional hegemony ambitions, including the expansion of a naval base in Ream, Cambodia, and the signing of a security agreement with the Solomon Islands. These actions have attracted attention from the international community, he said.

Wu stressed that China has never ruled Taiwan, which has a democratically elected government and issues its own currency. Maintaining the status quo has been Taiwan’s consistent policy, he said, per a Ministry of Foreign Affairs press release.

The foreign minister said Taiwan understands that showing weakness will lead to aggression, which is why it has actively enhanced its national defense, developed asymmetric warfare capabilities, and strengthened its national mobilization infrastructure, in response to China's military threat. At the same time, Taiwan seeks support from like-minded countries, and the international community has shown unprecedented support, he said.

Taiwan strives to contribute to the international community, fully demonstrating that it is a force for good in the world, Wu said. Most importantly, the Taiwanese have demonstrated the determination to “defend ourselves and vigorously fight for our existence, our sovereignty, and our democratic and free way of living,” he added.

With regard to the development of bilateral relations between Taiwan and Indonesia, Wu said that Indonesia has always advocated an independent foreign policy and is committed to maintaining the centrality of ASEAN. Taiwan respects Indonesia's foreign policy and hopes to deepen cooperation with Indonesia on issues such as trade and investment, medical services, and agriculture, he said.

The foreign minister said Taiwan has implemented a "New Southbound Policy" since 2016 to deepen exchanges and cooperation between Taiwan and Indonesia. The large number of Indonesian migrant workers and students in Taiwan has also become an important bridge for bilateral exchanges between the two peoples, he said, adding that Taiwan will continue to push for closer ties with the archipelago country.