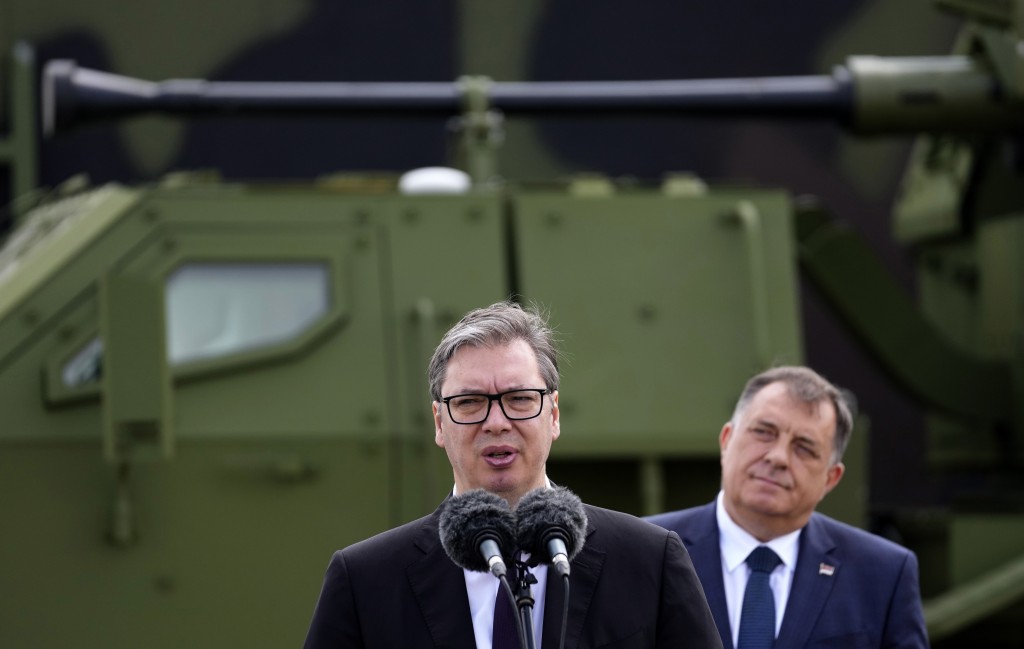 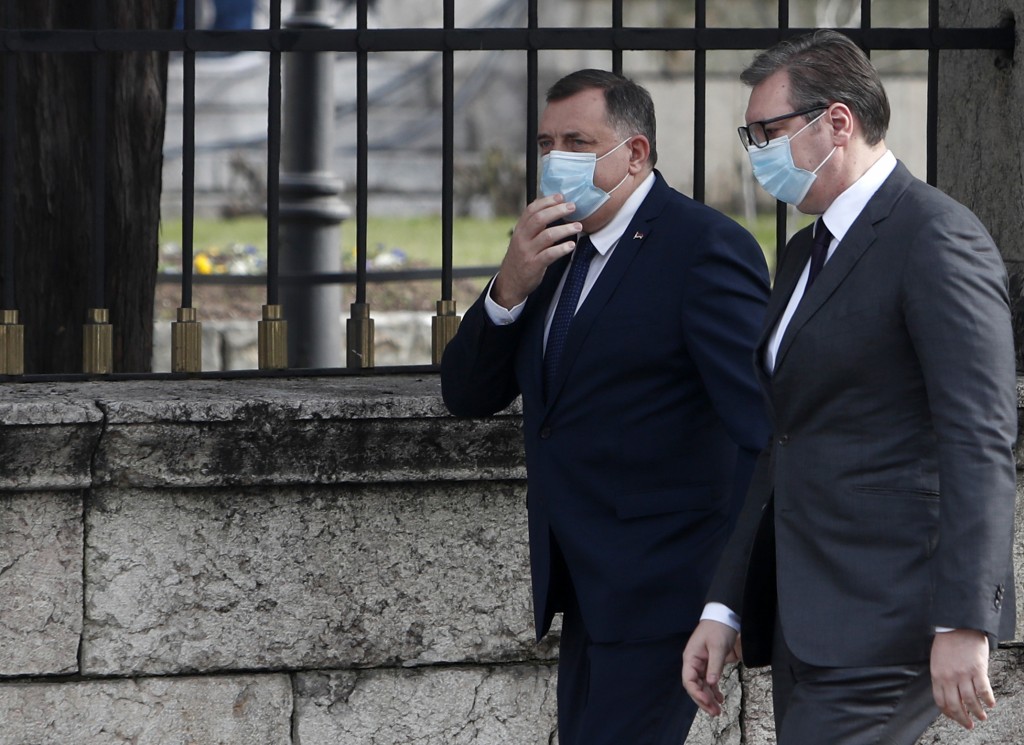 SARAJEVO, Bosnia-Herzegovina (AP) — The leader of Bosnia's Serbs said Sunday he hoped former U.S. President Donald Trump would return to power and that the Serbs would “wait for appropriate global circumstances” to reach for their goal of seceding from Bosnia, which he called an “unsustainable state.”

Milorad Dodik, who was a rare European official to hold talks with Russian President Vladimir Putin since the war in Ukraine started in late February, made the comments at a gathering marking the start of a bloody breakup of Bosnia 30 years ago.

Bosnia went through a devastating 1992-95 war in which over 100,000 people died before a U.S.-brokered peace deal ended the conflict.

The peace deal, also known as the Dayton Accords, created Bosnian Serb and Bosniak-Croat entities tied together by joint Bosnian institutions and a triparate presidency of which Dodik is a member.

Russia's war in Ukraine has aroused fears that the turmoil could spill over to the volatile Balkans, where Russia has maintained strong influence among fellow-Slavic Serbs.

Dodik, who has led a Bosnian Serb secessionist drive, said he was convinced that Serbs would soon make important decisions about their fate in Bosnia. He also expressed expectation that Trump would again lead the United States.

“For the first time in history, Serbs are waiting for time,” Dodik said. “We must be patient, understand time. Europe is inevitably confused, with its internal problems. I pray to God that Donald Trump comes to power in America again.”

During his presidency, Trump rarely spoke against the continuous attempts by Bosnian Serbs to destabilize Bosnia. After Joe Biden became president, Dodik was slapped with the U.S. and British sanctions over his proclaimed goal to split about half of Bosnia and join it with neighboring Serbia.

Dodik met Putin in Russia earlier this month, saying Sunday he was proud of the meeting.

“He told me only one thing, and that was, ‘We are not leaving our friends.’ It is the Russians who have not done us any harm,” Dodik said.

Follow AP's coverage of the Russia-Ukraine war at https://apnews.com/hub/russia-ukraine