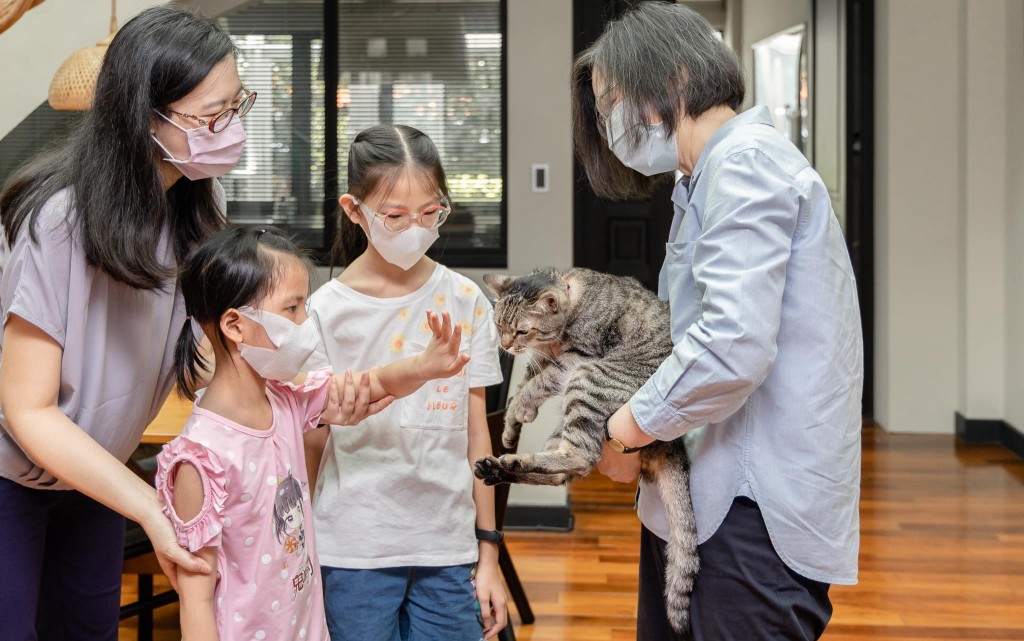 In a Facebook post, Tsai wrote that Pan and her family met with her other pets as well, including another cat named Ah Tsai (阿才), retired search and rescue dog Lele (樂樂), and retired guide dogs Bella, Bunny, and Maru. She added that Pan and her sister had fun playing fetch with Lele.

“The little cancer-fighting angel Pan Ying-hsi not only bravely fights her illness but is also a young painter who encourages many through her creations,” Tsai wrote. “Ying-hsi’s parents have worked hard to care for their child and shared their experience with the world to help more people; it is truly respectful.”

CNA reported that Pan went through 30 rounds of chemotherapy after being diagnosed with brain cancer in September 2021. Throughout the ordeal, she continued to paint, and the Chou Ta-Kuan Cultural and Education Foundation held a series of art exhibitions for Pan throughout Taiwan that began in April.

The foundation also awarded her its 2022 Cancer Fighting Wish Scholarship, making her the “youngest and bravest” recipient, according to the foundation’s founder Chou Chin-hua (周進華). 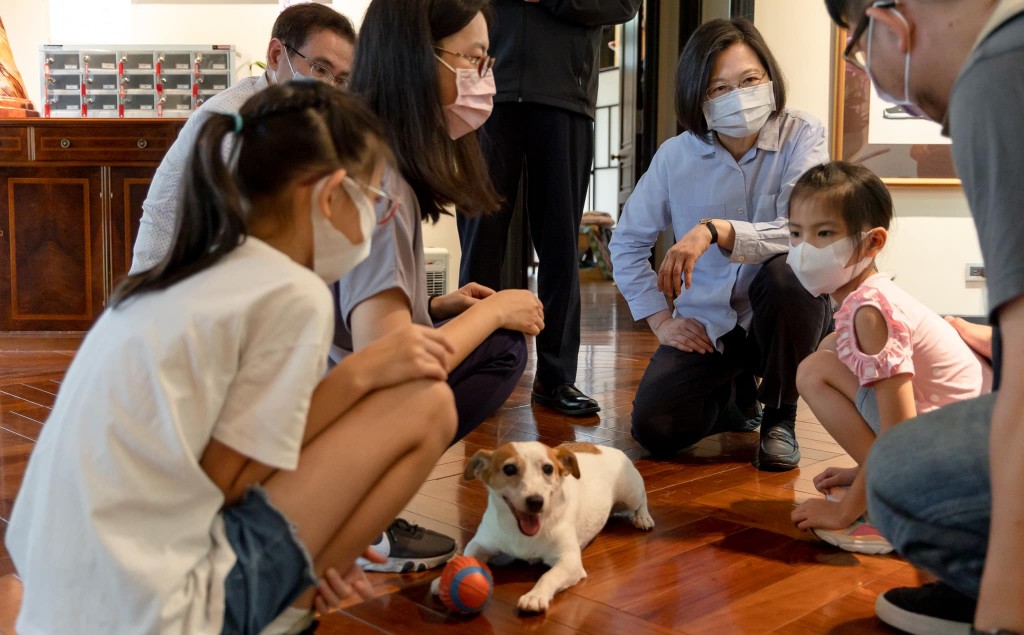 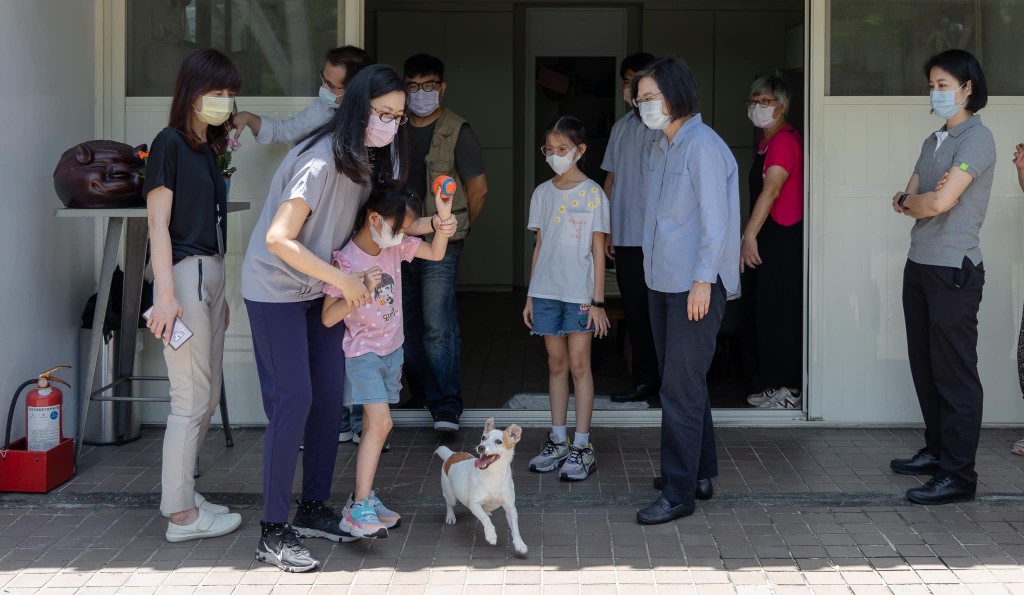 Pan plays with retired search and rescue dog Lele at the Official Residence of the President. (Facebook, Tsai Ing-wen photo) 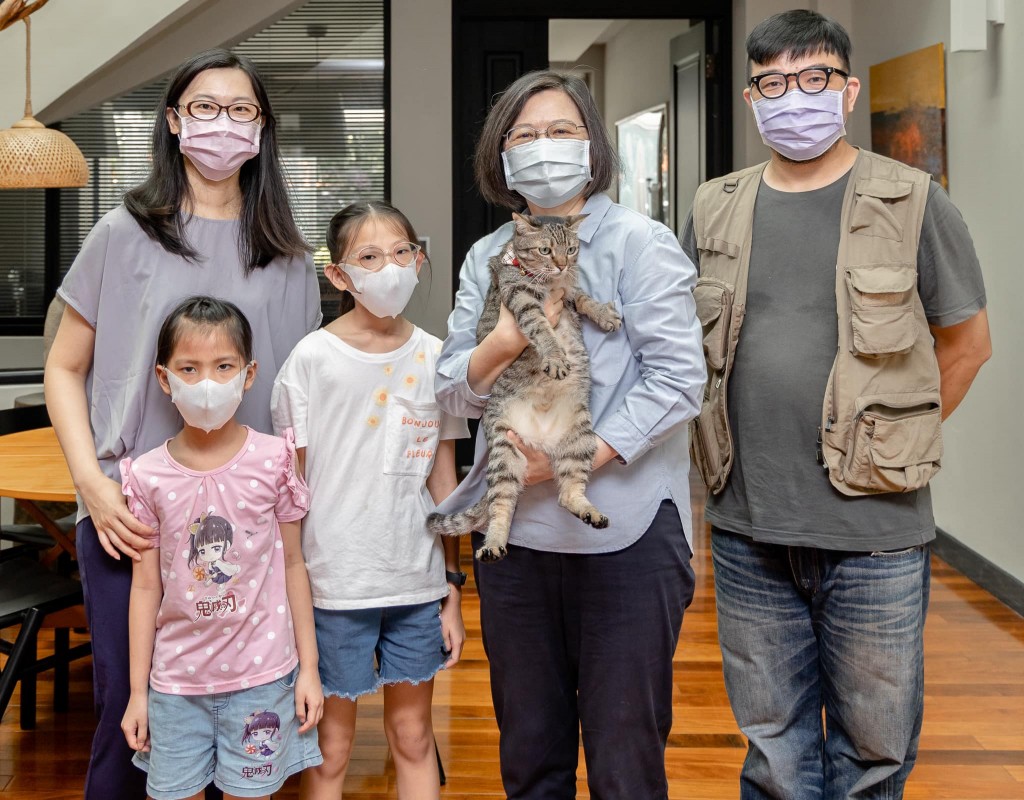 Tsai and Think Think pose for a photo with the Pan family. (Facebook, Tsai Ing-wen photo)