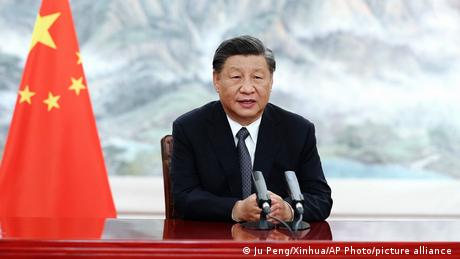 He will also attend the inauguration of the next Hong Kong administration of Chief Executive John Lee. The Beijing-anointed leader and his ministers will be sworn in on July 1.

Xi's last visit to the former British colony was in 2017 to swear in outgoing city leader Carrie Lam.

The Chinese president has avoided travel outside of mainland China since he visited Myanmar in January 2020, shortly before acknowledging the severity of COVID-19 and imposing strict lockdowns.

It was not confirmed whether he would travel to Hong Kong for the event or attend it virtually, but if he did, it would be his first trip outside of mainland China in more than two years.

The Hong Kong handover anniversary is one of the highest-profile political events. Analysts say Xi's attendance is likely intended to showcase Beijing's control over the city after crushing a democracy movement.

The anniversary celebrations follow turbulent months during which the global financial hub was roiled by mass pro-democracy protests.

Political tensions have also risen as people struggle with soaring living costs in one of the most densely populated places in the world.

In a stringent crackdown to crush the sometimes-violent protests, activists were arrested and sentenced to prison, and Hong Kong's most prominent pro-democracy newspaper was shut down.

These actions were aided by a sweeping security law that criminalized dissent.

The crackdown has added to the tension between Beijing and the United States, Europe, Japan and other Asian governments.

Earlier, coronavirus outbreaks in both mainland China and Hong Kong had prompted doubts over whether Xi would risk traveling to the city, with Beijing committed to its zero-COVID strategy.

Hong Kong has its own version of the zero-COVID strategy, which has kept the international business hub isolated for much of the pandemic. Outgoing city leader Carrie Lam said the currrent situation was "not an alarm bell." Hospitalizations have remained low even though daily case numbers have climbed to nearly 2,000.