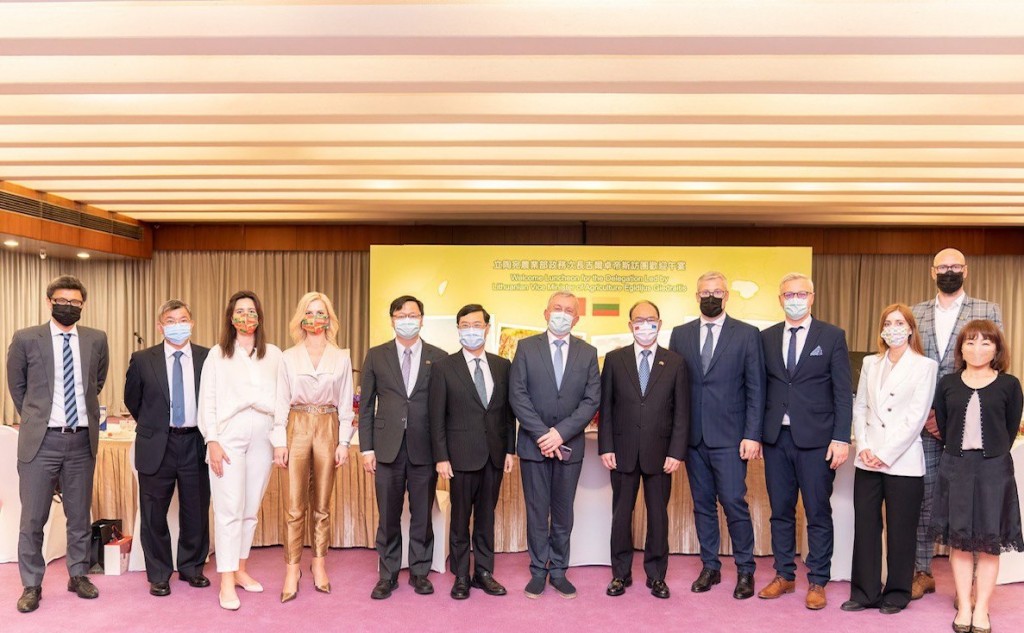 Tseng said in a speech that Taiwan has reciprocated Lithuania’s friendship with its resources and the capacities of its government and people, adding the two nations share common values, according to a MOFA press release.

The vice minister pointed out that when China blocked the import of 20,000 bottles of Lithuanian rum last year, the Taiwan Tobacco and Liquor Corporation bought all of them. As soon as the bottles hit the shelves, they sold out, demonstrating the strong support for the Baltic nation from Taiwanese, he said.

Other Lithuanian products such as chocolate and beer also set off buying frenzies, he added.

Tseng praised Giedraitis for leading a delegation to visit Taiwan, which opens a new chapter for agricultural cooperation between the two countries. He said that this would create unlimited business opportunities.

Giedraitis expressed his gratitude to Taiwan for inviting him to visit and for such a warm reception. The delegation members felt the warmth and enthusiasm of Taiwanese, he said.

The vice agriculture minister also emphasized that Lithuania is strengthening the diversification of its export market. About 20 manufacturers are accompanying him on this trip, he said, adding that he hopes to establish a communication platform with Taiwan enterprises.

The delegation is looking forward to deepening cooperation on issues of Lithuanian concern such as meat, dairy products, and wheat imports. During his three-day trip, Giedraitis attended the 2022 Food Taipei 2022, where he helped promote Lithuanian food products, participated in a Taiwan-Lithuania food manufacturer matchmaking event, and made calls on multiple government ministries and agencies.