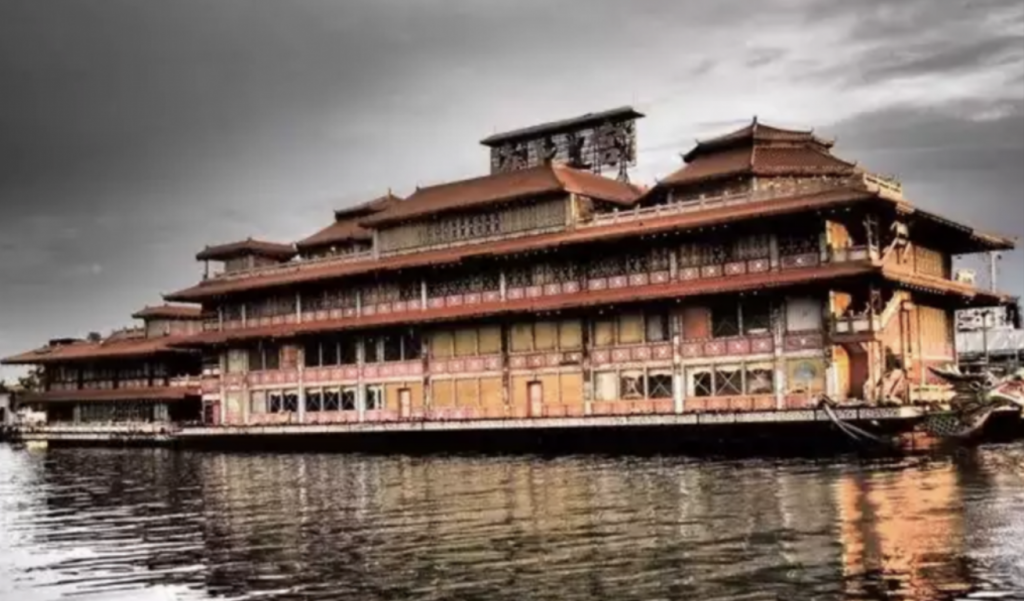 KAOHSIUNG (Taiwan News) – The loss of the Jumbo Floating Restaurant in Hong Kong was both suspicious and symbolic.

Suspicious because no one quite knows how it sank (or indeed, whether it did), where it was being towed to, or why a professional towing company would look at this gigantic restaurant sitting on barges and think it was fit for the open sea.

Symbolic because the Jumbo Floating Restaurant was a Hong Kong icon to many residents and visitors. Its sinking eerily mirrors the sharp decline of Hong Kong since the Chinese Communist Party (CCP) breached its international obligations under the Sino-British Joint Declaration and seized control of the city-state.

While its owners, Aberdeen Restaurant Enterprises Ltd., admitted that Jumbo had been losing money for a long time, it had stood in Aberdeen Harbour in Hong Kong for more than 40 years and was a landmark even to those who chose not to dine in it.

Here in Kaohsiung, the news about the Jumbo Floating Restaurant has brought back memories of our own floating restaurant.

The Sea Palace and Sea Royal Kitchen restaurants opened in Kaohsiung to huge fanfare on May 27, 2000. They cost NT$800 million and took more than eight years to construct.

With the Sea Palace measuring 56 meters long and 24 meters wide, and the Sea Royal Chef at 26 meters long and 24 meters wide, these were huge restaurants when they launched at Pier 12 of Kaohsiung Port. They were, at the time, the only legal floating restaurants in the country and the classical Chinese design style caught the eye, even if it wasn’t to everyone’s taste.

Sadly, Kaohsiung’s floating restaurant was not nearly as long lasting as its Hong Kong equivalent. Despite only opening in May 2000, by March 2001, its doors were shut, and the operating company declared bankruptcy.

It has moved a few times over the past 21 years, usually to accommodate other harbour events such as the hugely popular yellow rubber duck and the more recent construction of the Kaohsiung Music Center.

It is currently sat in a restricted part of the harbor while the Kaohsiung branch of the Taiwan Port Company seeks permission to have it dismantled. This permission is yet to be granted and, given the renewed interest following the sinking of the Jumbo Floating Restaurant, you have to wonder if it might be about to get a further stay of execution.

Recent pictures show that after 21 years, it is in an extremely poor state of repair and could easily cost another NT$800 million to renovate. But if an investor could be found, and existing debts settled, perhaps the Sea Palace and Sea Royal Kitchen could grace Kaohsiung Harbor once more.

After all, there is no lack of enterprising entrepreneurs (both Taiwanese and Hong Kongers) investing in Taiwan right now. Also, the tourism trade is readying itself for a spike once border restrictions are finally lifted.

It would certainly be a fitting monument to the freedoms and liberties that have been stolen away from the Hong Kong people by the CCP. And perhaps a bit of traditional architecture might compliment Kaohsiung’s uber-modern new harbor developments quite nicely?

As long as it serves decent food, there won’t be too many complaints in these parts.