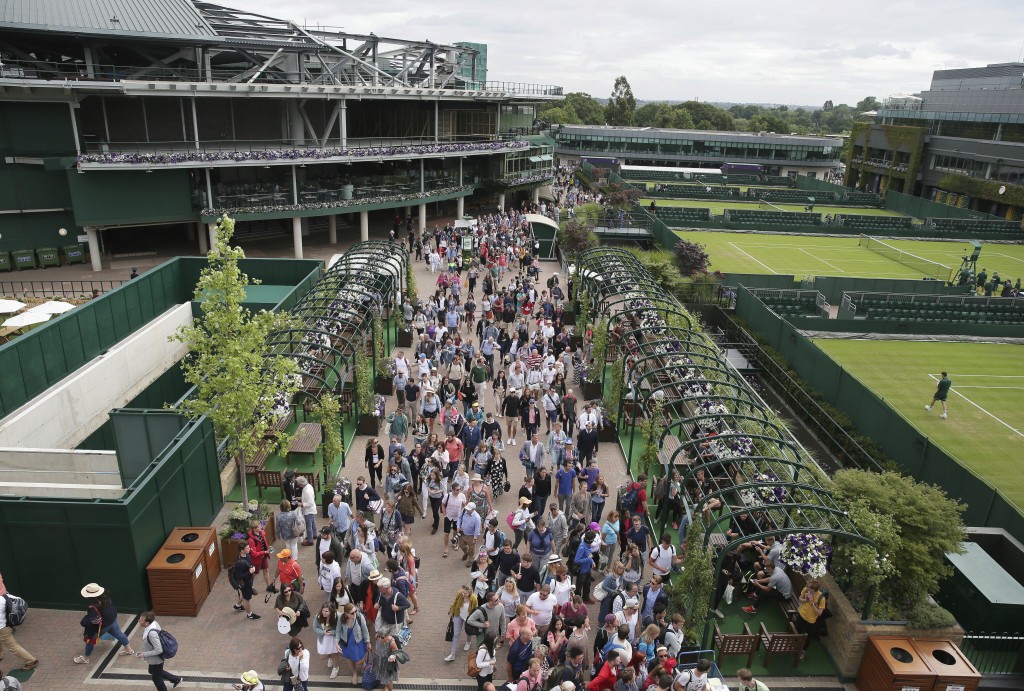 The All England Club

Iga Swiatek is seeded No. 1 in the women’s draw; Novak Djokovic is seeded No. 1 in the men’s draw. The seedings follow the WTA and ATP rankings. That is why Serena Williams, who has won seven of her 23 Grand Slam singles championships at Wimbledon, is not seeded — her ranking is outside the top 1,200 because she has not played a singles match since a year ago at the All England Club. Djokovic is ranked No. 3, and Rafael Nadal is ranked No. 4, but they moved up to 1-2 in the seedings because the top two men in the rankings, Daniil Medvedev and Alexander Zverev, are not in the field. Medevev is Russian and all players from that country and Belarus were barred from participating by the All England Club over the war in Ukraine; Zverev tore ligaments in his right ankle at the French Open.

There will be no ranking points awarded for players at Wimbledon this year. The two professional tennis tours made the unprecedented decision to drop points from the event in response to the All England Club's decision to bar players from Russia and Belarus.

Barty claimed the first 14 points of the women's singles final and then held off Karolina Pliskova's comeback to win 6-3, 6-7 (4), 6-3 for her second Grand Slam title. It was the first Wimbledon women’s title match to go three sets since 2012. Barty became the first Australian woman to win Wimbledon since Evonne Goolagong Cawley in 1980. Barty would go on to earn her third major championship at the Australian Open this January, before suddenly announcing her retirement at age 25 in March. Djokovic beat Matteo Berrettini 6-7 (4), 6-4, 6-4, 6-3 for a third consecutive men's singles trophy at Wimbledon, sixth overall, and what, at the time, was a record-tying 20th Grand Slam title, pulling even with Roger Federer and Rafael Nadal for the men's career mark. (Nadal has since added two to his total.)

35 — Swiatek’s current winning streak, which encompasses six tournament titles in a row and is tied for the longest by a woman this century.

22 — Nadal's career total of Grand Slam titles after his victories at this year's Australian Open and French Open, a record for a man and two ahead of Roger Federer, who is still sidelined after a series of knee operations, and Djokovic.