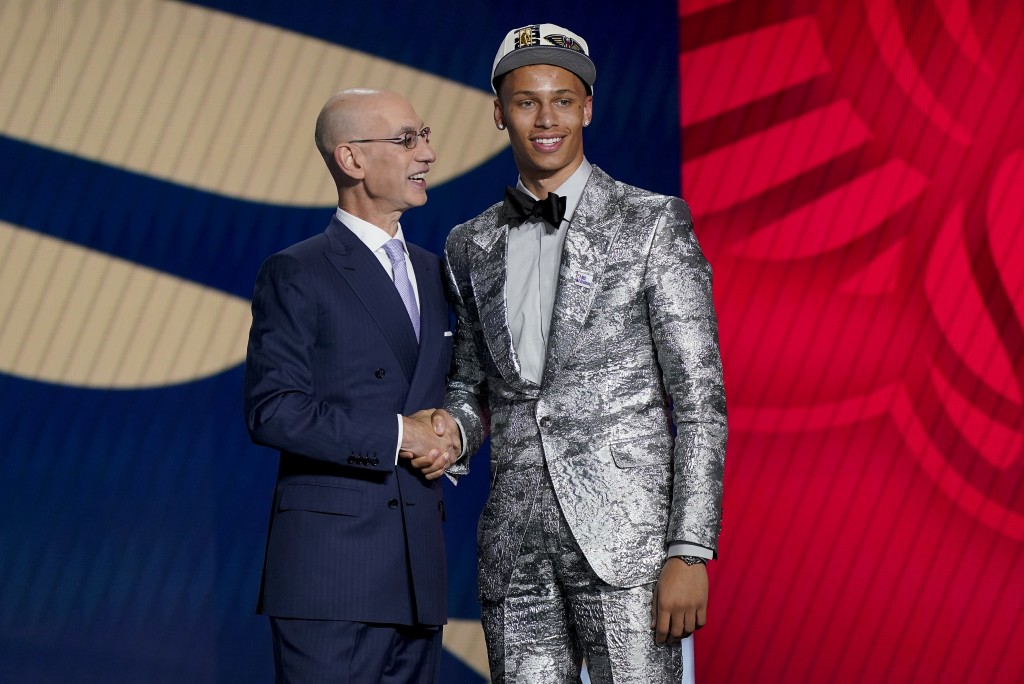 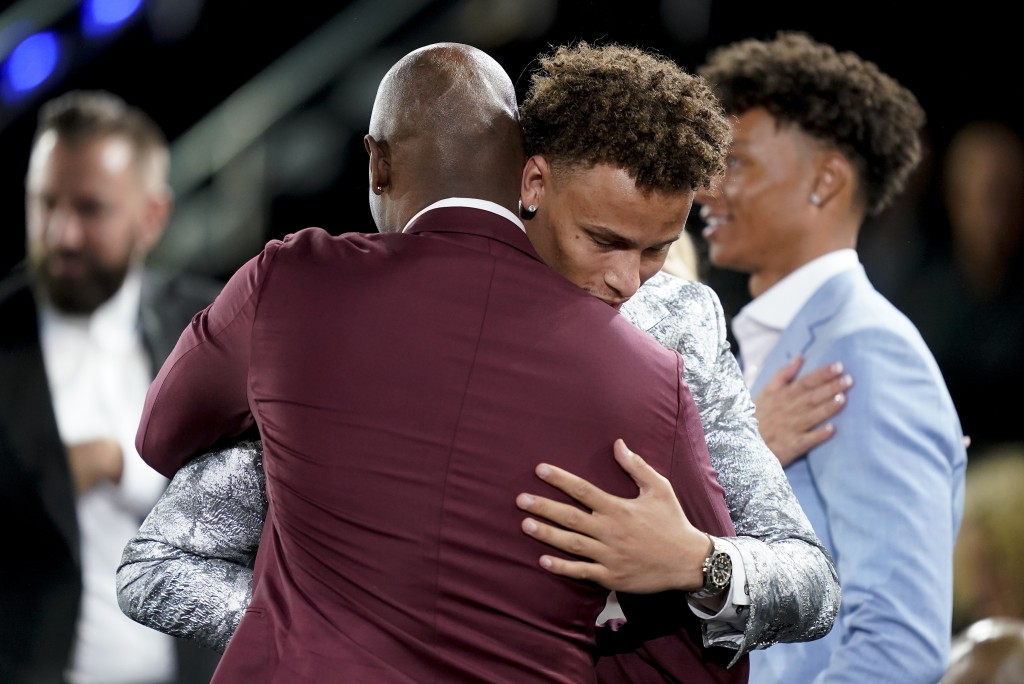 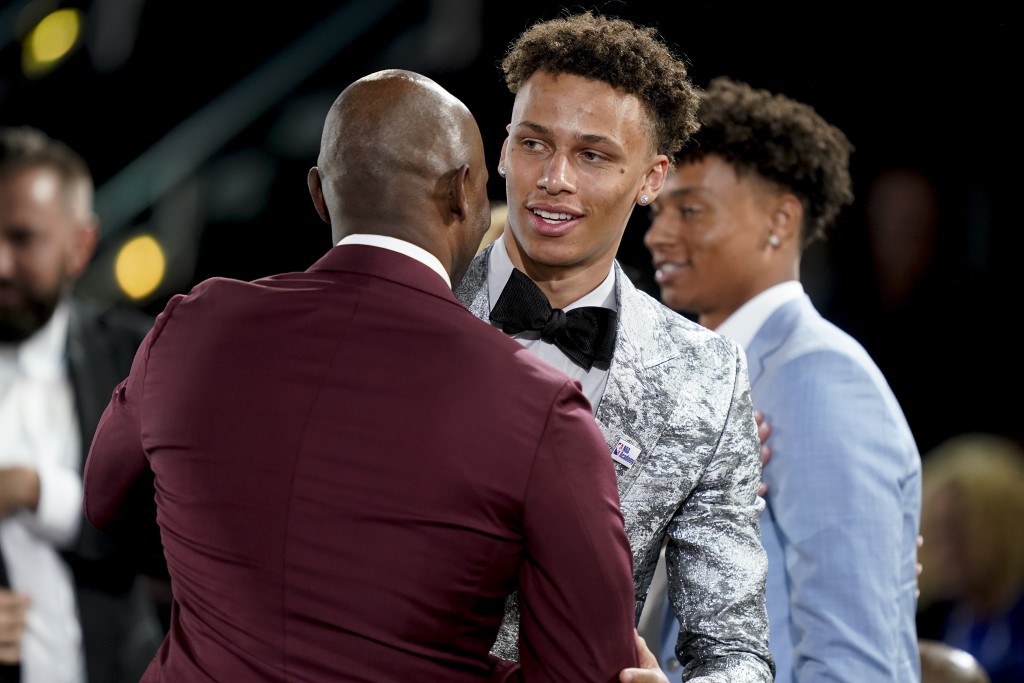 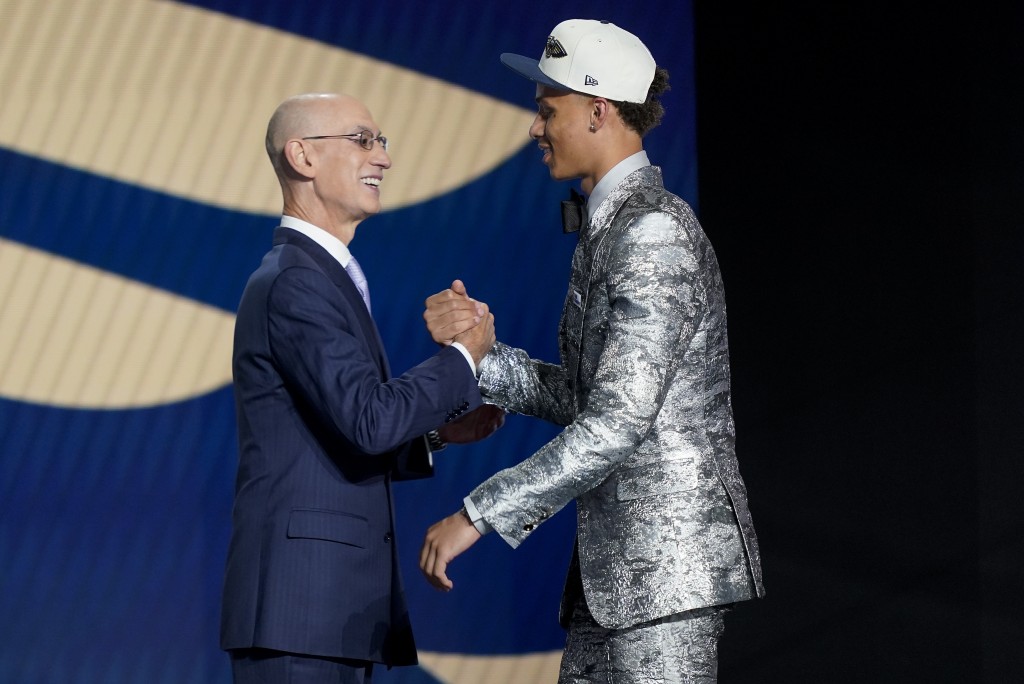 He’s just 19 years old and has played in just 26 G League games since coming to the United States from his native Australia.

But the Pelicans saw enough in Daniels to use the eighth pick in the NBA draft to select the 6-foot-8 guard on Thursday night.

“I love to play defense and I can guard so many different positions,” Daniels said. “If my offense isn’t going well I can stay on the floor by being disruptive in defense. I have the tools — the height, length and will to defend.

“I can make plays for my teammates and best of all I’m a winner. I’m ready to step on the floor right away and defend, make steals and play with high energy.”

The native of Bendigo, Australia averaged 12.0 points, 7.0 rebounds and 5.1 assists for Ignite of the G-League last season.

“Playing in the G League helped me learn to play the NBA style,” he said. “I kept getting better and better. It was really helpful in me being where I am today.”

“We watched him live at different points during the season,” Pelicans general manager Trajan Langdon said. “He started the season kind of slowly. The last half of the season he really looked good.

“He takes great pride in his defense. He sees floor and passes the ball well. He has touch around the basket. He just has an innate feel for the game on both ends of the floor. He really wants to win and that was really attractive.”

The Pelicans had two second-round picks.

Langdon said the Pelicans “didn’t think Liddell would be there at 41 at all,” because he was projected to be a first-round pick.

Matkovic is likely to stay in Europe for “the next year or two,” Langdon said, though he will play for New Orleans in the Las Vegas Summer League next month.

New Orleans, which doesn’t have any significant free agents, has 14 players under contract for next season.

Daniels is joining a backcourt that was bolstered in the middle of last season when New Orleans acquired veteran guard CJ McCollum in a trade with Portland.

McCollum, 6-foot-3, teamed with forward Brandon Ingram to lead a late-season surge. McCollum’s partner in the backcourt was rookie Herbert Jones, 6-7, a second-round pick who was named to the All-Rookie second team.

The Pelicans selected Daniels with a pick acquired from the Los Angeles Lakers in the Anthony Davis trade three years ago.

The addition of Daniels adds more youth to what appears to be a rising team. New Orleans overcame a 3-16 start last season to qualify for the Western Conference play-in tournament with a 36-46 record. It won elimination games against the Spurs and Clippers before losing to top-seeded Phoenix 4-2 in a first-round playoff series.

The Pelicans expect to have forward Zion Williamson, the No. 1 overall pick in 2019, back next season after he missed all of last season due to foot surgery. He has played in just 85 games in three seasons because of various injuries, but when he has been healthy he has shown the productivity that was expected when he was picked – 25.7 points, 7.0 rebounds and 3.2 assists per game.

McCollum and starting center Jonas Valanciunas are both 30 years old, but otherwise New Orleans has a very young nucleus.

“I’m very familiar with the Pelicans players,” Daniels said. “I studied the game a lot and I’ve watched their players and I’ve seen the strides they’ve made. They’re going in the right direction.”