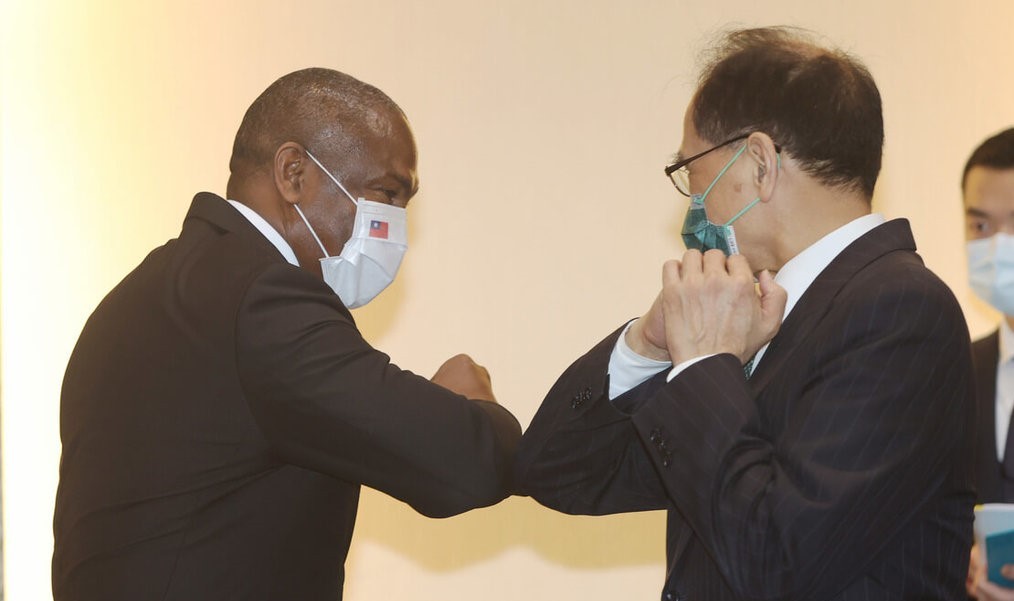 TAIPEI (Taiwan News) — Legislative Speaker You Si-kun (游錫堃) on Thursday (June 23) expressed his gratitude to Saint Lucia for being a long-term supporter of Taiwan and being fearless in the face of China during a meeting with Robert Kennedy Lewis, the newly appointed Saint Lucian ambassador.

Lewis met with You on Thursday afternoon and was given a tour of the Legislative Yuan.

You praised Lewis for his contributions to promoting the friendship between Taiwan and Saint Lucia. Lewis has developed a deep relationship with Taiwan, You said, noting that he has visited Taiwan three times before, CNA reported.

The legislative speaker said he appreciated the fact that Lewis formerly served as Saint Lucia’s Minister of Education. You told Lewis that he was moved when Philip J. Pierre, Prime Minister of Saint Lucia, spoke up for Taiwan at the UN General Assembly last September.

When Lewis commended Taiwan’s prowess in semiconductors and technology, You responded that although Taiwan is proud of these accomplishments, it still needs to make improvements, especially in the defense arena due to the Chinese threat.

You pointed out that China's political system ignores universal values ​​such as freedom and democracy. Beijing engages in oppressing its people domestically and expanding its territories internationally, he said.

You said that in recent years, China has extended its reach into the Caribbean Sea and the South Pacific. At this critical juncture, it requires the collective efforts of the whole world to stop the expansion of China's power and keep it from threatening peace, he said.

Lewis received a doctoral degree in mathematics education from the University of Otago in New Zealand. He arrived in Taiwan on March 13 and presented his credentials to Minister of Foreign Affairs Joseph Wu (吳釗燮) on April 20 and President Tsai Ing-wen (蔡英文) on May 5.