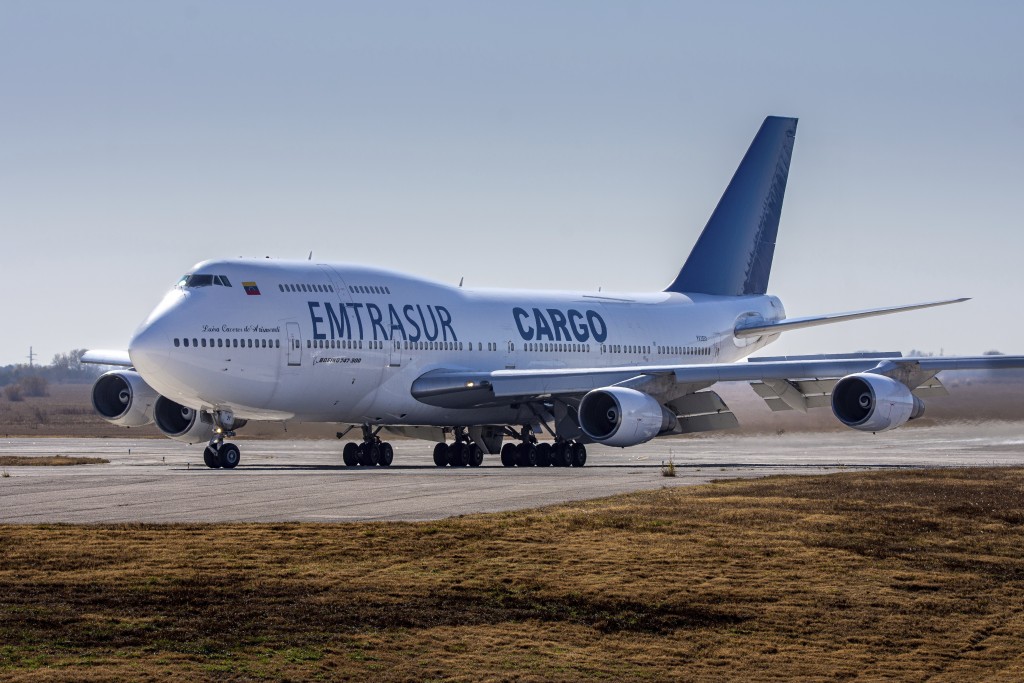 BUENOS AIRES, Argentina (AP) — Authorities in Argentina and Paraguay are trying to shine light on the jumbo-jet sized mystery surrounding a cargo plane with Iranian and Venezuelan crew that has been grounded outside Buenos Aires more than two weeks.

Prosecutors in the two South American countries have launched investigations to figure out whether the crew members — 14 Venezuelans and five Iranians — have any ties to international terrorism or other illicit activity.

Cecilia Incardona, the prosecutor leading the case in Argentina, is focusing her inquiries on the Iranian pilot, Gholamreza Ghasemi, and his possible ties to international terrorism.

The FBI said in a report to Argentine federal judge Federico Villena, who is in charge of the case, that Ghasemi is CEO of Qeshm Fars Air, which the U.S. Treasury Department says provides material support to the Quds Force of Iran’s Revolutionary Guard and Iranian airline Mahan Air, according to a document issued by Incardona’s office this week.

During the preliminary investigation into the plane, “numerous traces have emerged that make it necessary to move forward with the investigation” of Ghasemi, the rest of the plane’s crew and its cargo, Incardona said in the document.

Incardona went on to say the “irregular circumstances” surrounding the plane created the need to investigate “if the true objective of the airplane’s arrival in our country was exclusively to transport auto parts” or whether it was really “preparation to provide goods or money that could be used for terrorist activity, its financing or organization.”

The plane is operated by Venezuela’s state-owned Emtrasur line, a subsidiary of Conviasa, which is under U.S. sanctions.

Before it was sold to Emtrasur a year ago, the plane was owned by Mahan Air of Iran, which the U.S. government has sanctioned for allegedly aiding the Quds Force and terrorist activities.

Incardona said the investigation now has to determine whether Mahan Air continues to have a link to the Boeing 747-300.

Mahan Air has publicly denied any ties to the aircraft and Venezuela has demanded that Argentine authorities release it.

The plane was carrying cargo for several Argentine auto parts companies that it loaded in Mexico before stopping in Caracas and arriving in Argentina on June 6.

The plane has been grounded in a hangar in Ezeiza just outside Buenos Aires since June 8, when Argentine authorities seized the passports of the crew members.

The crew is also under investigation in Paraguay, where the plane landed last month, said general prosecutor Sandra Quiñónez. The investigation was opened after René Fernández, a former prosecutor who leads Paraguay's National Anticorruption Secretariat, called for a probe into the plane, which spent three days in Ciudad del Este, near the border with Argentina.

There are suspicions the plane’s cargo was “a facade” that hid the real reason for its time in Paraguay, Fernández told a local television network.

Esteban Aquino, head of Paraguay’s intelligence agency, told an Argentine radio station Monday that they were particularly concerned when they learned the plane turned off its transponder in several segments of its flights.

The plane’s unusually large crew also raised suspicions in Paraguay but it was only after the plane left the country to transport cigarettes to Aruba that officials learned it “belonged to an Iranian company that is suspended with sanctions by the U.S. Treasury Department,” Paraguay’s Interior Minister Federico González said earlier this month.

The Israeli Embassy in Uruguay expressed its “concern” Wednesday about the plane that “until recently was used by the Iranian company Mahan Air.”

In a news release, the embassy said some of the Iranian crew members “were involved directly in the trafficking of weapons to Syria and the terrorist organization Hezbollah of Lebanon.”