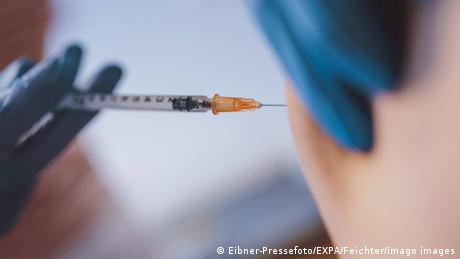 "We have decided as a government to do away with the vaccine mandate," Rauch told a news conference. "Living with COVID means that we will bring forward a comprehensive package of measures, and today that means the abolition of compulsory vaccination."

"No one is getting vaccinated because of the compulsory vaccination," he said.

People had to be convinced into getting vaccinated, Rauch explained. "And we can only achieve this, when it is on a voluntary basis."

Originally, the plan was to threaten those who refused vaccination with a fine of up to €3,600 ($3,780), as of March 15. But by the beginning of March there were few signs that people were responding to the possible financial penalties, and the law was suspended.

On Wednesday, just 140 people across Austria received their first dose of the coronavirus vaccine.

How Austria's vaccine mandate was received

In February, Austrian President Alexander Van der Bellen signed into law a mandate for all eligible adults over 18 in the country to be vaccinated against COVID-19.

The move sparked fierce protests, partly aimed at doctors, some of whom received death threats.

Last month, Austria announced it would be dropping its mask wearing mandate, though the health ministry said it may return later in the year.

Around 62.4% of the population in Austria is double vaccinated.

More than 20,000 people have died from the coronavirus in Austria.