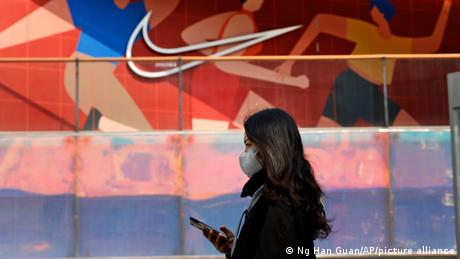 Nike on Thursday announced that it will exit the Russian market for good. The company had already temporarily closed stores in the days following Moscow's invasion of Ukraine on February 24.

"Nike Inc. made a decision to leave the Russian market... The Nike stores were temporarily closed recently and will not reopen," the company said in a statement.

Western companies are increasingly pulling out of Russia its ongoing war in Ukraine.

The company doubled down its choice to leave the Russian market in a emailed statement.

"NIKE has made the decision to leave the Russian marketplace. Our priority is to ensure we are fully supporting our employees while we responsibly scale down our operations over the coming months," the firm said, adding that it would also suspend access to its websites and apps in the country.

The retailer had temporarily closed stores in Russia shortly after Russia invaded Ukraine and had not renewed licensing agreements with its Russian retailers, but this marks its first official retraction from the Russian economy.

Nike gets less than 1% of its revenue from Russia, according to Reuters. This move will have few material effects on its business, but it is still largely seen as a one that supports the company's stance on social issues.

Nike has in the past backed American football quarterback Colin Kaepernick and his decision to kneel during the national anthem in protest of racism in the United States.

Who else left Russia?

Foreign companies have been motivated to accelerate their departure from Russia under threat of new laws that may allow Moscow to take company assets and impose criminal penalties.