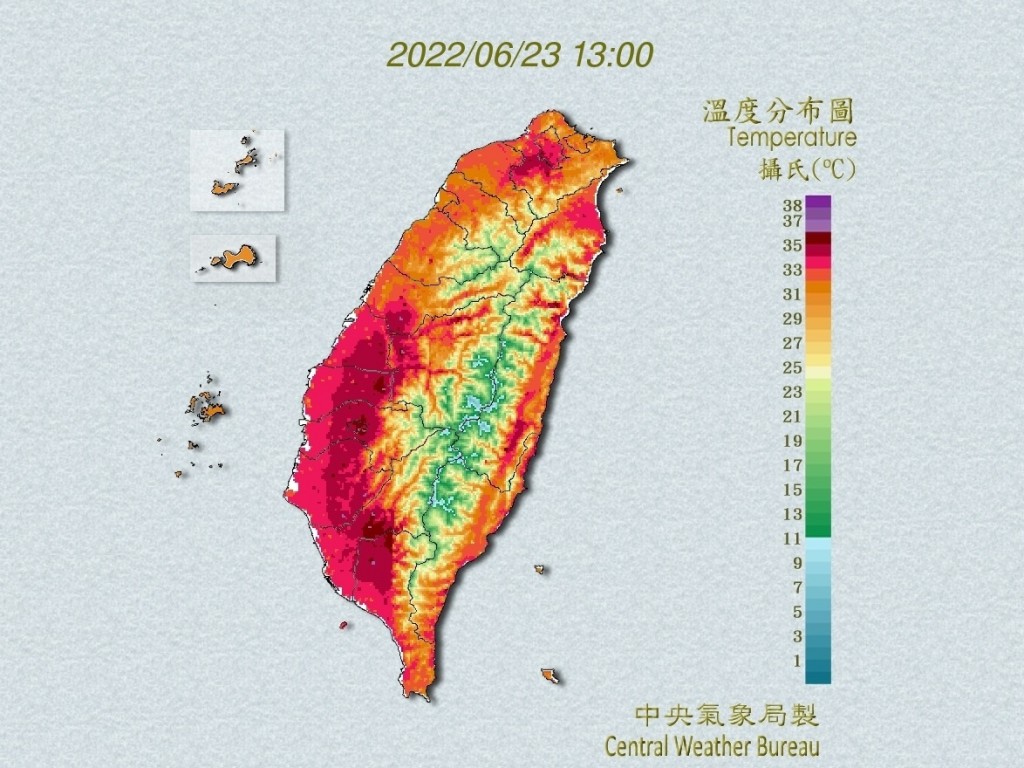 CWB Director-General Cheng Ming-dean (鄭明典) also took to Facebook to share about the heat, highlighting areas of concern “south of Taichung.” He urged readers to set the temperatures on their air conditioners a little higher to help ease the stress on the power supply, as there has been a record high demand for power during peak hours.