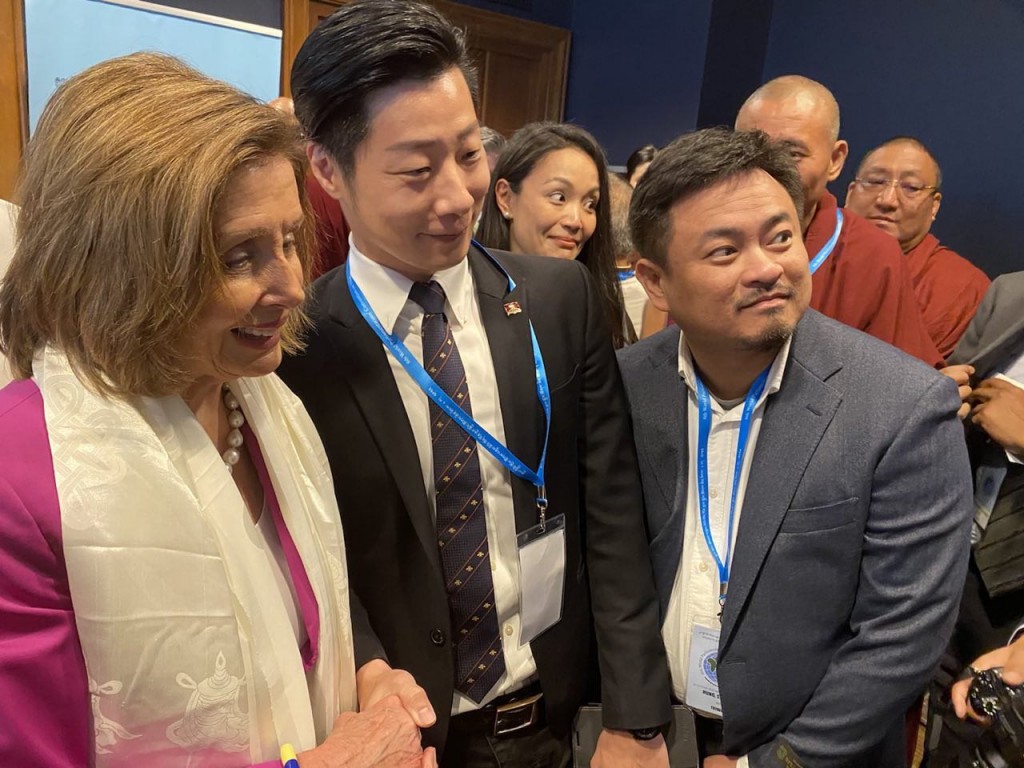 Lim and fellow Legislator Hung Sun-han (洪申翰) met Pelosi at the eighth World Parliamentarians’ Conventions on Tibet (WPCT) opening ceremony on Wednesday, Liberty Times reported. Pelosi was originally scheduled to lead a delegation to visit Japan on April 8 and was expected to visit Taiwan on the 43rd anniversary of the "Taiwan Relations Act" on April 10.

However, she was diagnosed with COVID-19, and her Asia trip was postponed.

Freddy Lim will later join a delegation from the Legislative Yuan’s Foreign and National Defense Committee, which is scheduled to depart Taiwan on June 26.

The WPCT held an opening ceremony at the Dirkesen Senate Office Building on Capitol Hill in Washington, D.C. Politicians from 28 countries attended the conference and Richard Gere, a longtime supporter of Tibet and Chair of the Board of Directors of the International Campaign for Tibet, was invited to deliver a speech.

In her opening remarks, Pelosi strongly criticized the Chinese government for its “dangerous assault on human rights in Tibet.” Beijing has demonstrated that “it has no regard for Tibetan autonomy or identity or faith,” she said.

Pelosi stressed that all countries have a moral responsibility to speak out against China's atrocities and stand up for Tibetans. She also refuted China’s sovereign claim over Tibet and pointed out that “the Chinese government's attempt to erase Tibetan history and way of life is an appalling violation of human rights.”