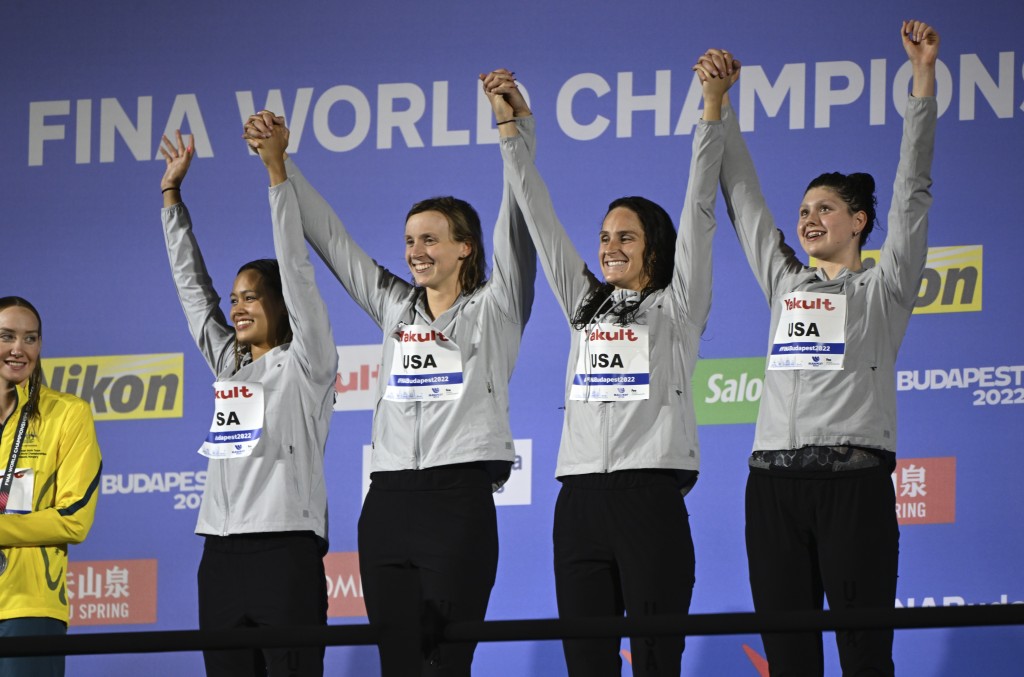 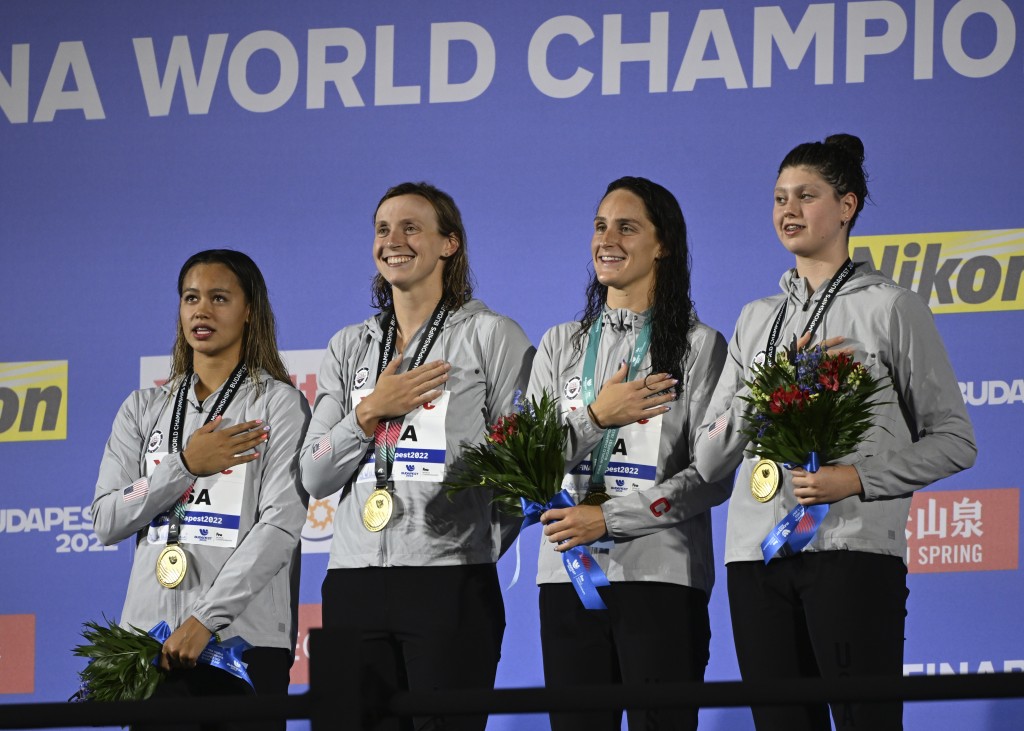 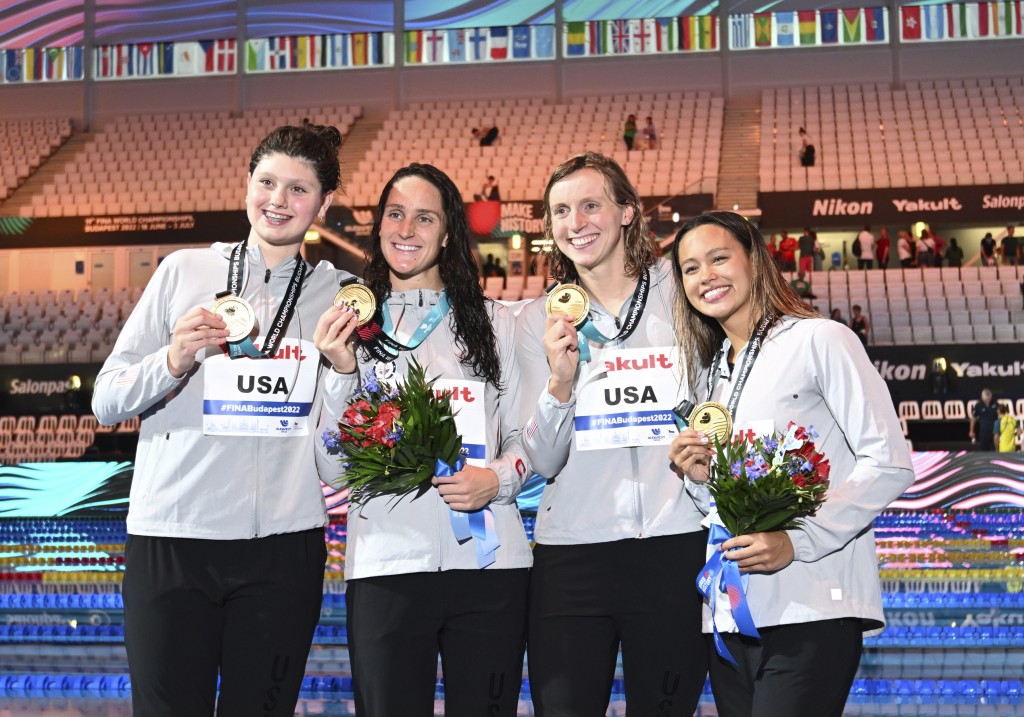 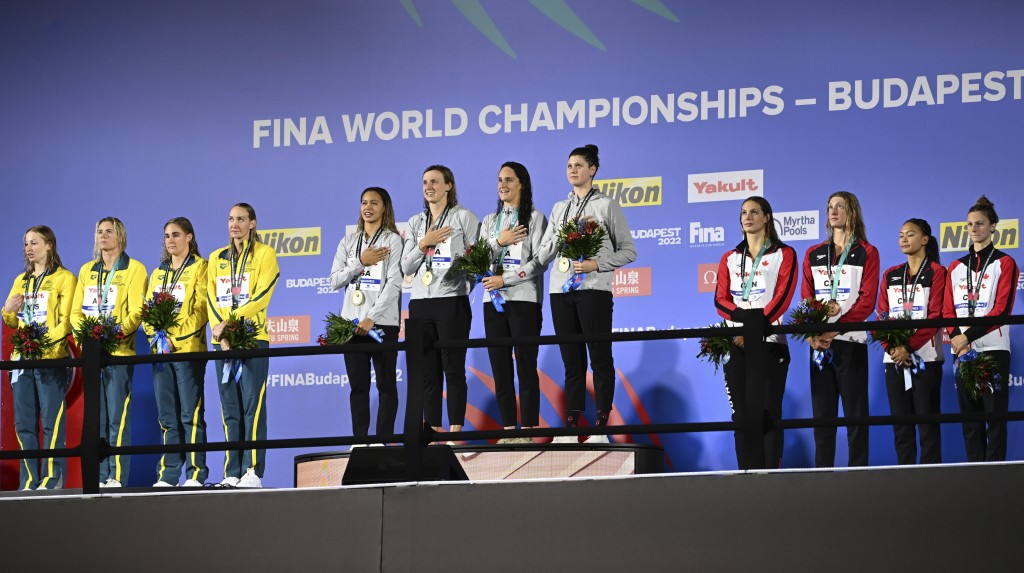 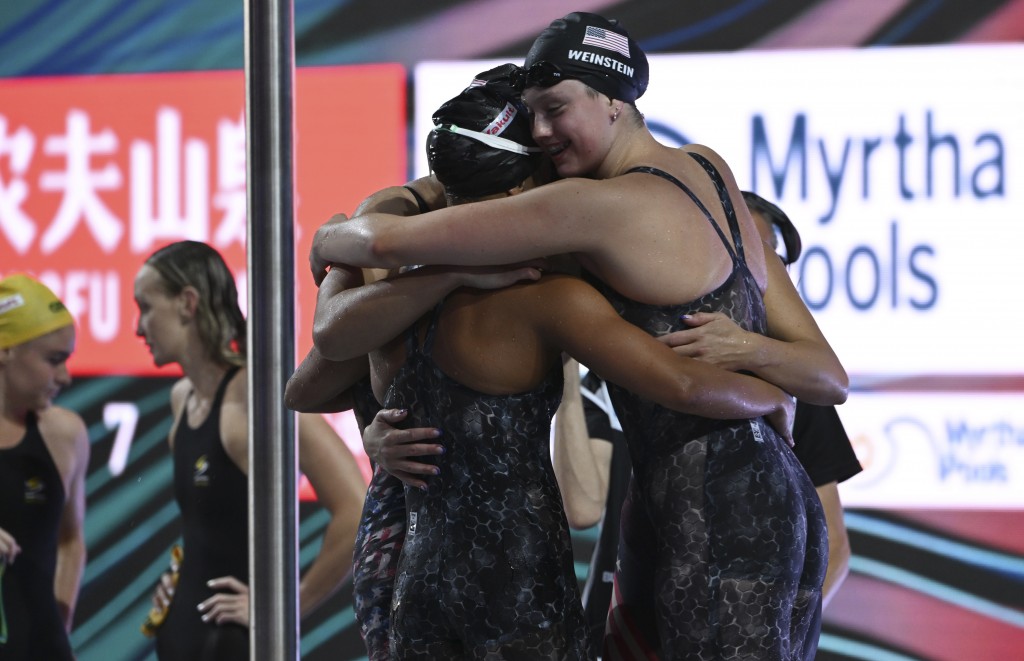 BUDAPEST, Hungary (AP) — Katie Ledecky has extended her record haul of medals from the world championships to 21, two more than any other female swimmer managed before.

All but three of them are gold.

The 25-year-old Ledecky claimed her 18th gold at a worlds on Wednesday as the United States won the women’s 4x200 freestyle relay final, clocking the fastest split – 1:53.67 – to help the Americans triumph in a championship record 7:41.45.

Claire Weinstein, Leah Smith, Ledecky and Bella Sims finished 2.41 seconds ahead of the Australian team and 3.31 ahead of the Canadians.

“It’s awesome,” Ledecky said. “It’s so easy to get up for these relays and just not think and go. I had so much trust in these three and I think that we’re always counted out and we always deliver so I am so proud of this group.”

Ledecky had already won gold medals in the 1500 freestyle on Monday and 400 freestyle on Saturday to add to the 15 gold she had coming into the competition in Budapest.

Her 21 medals at a worlds are two more than compatriot Natalie Coughlin managed (seven gold, seven silver, five bronze) between 2001-13.

World swimming’s governing body FINA does not include the women’s 4x200 freestyle relay from the worlds in Fukuoka, Japan on July 24, 2001 among the golds it has attributed to Coughlin as the American team was disqualified in that race with the gold eventually going to Britain.

Ledecky’s 18 golds equal Ryan Lochte’s record in second place in the all-time list for most swimming titles at the worlds. Only Michael Phelps, with 26, has won more.

The U.S. has now won the women’s 4x200 freestyle relay at eight of the last 10 world championships, with the exceptions in that run coming in 2009 (second behind China) and at the last edition in 2019 (second behind Australia).

“I am so proud,” Ledecky said of representing the U.S. at relays. “I think I realized when we were on the medal podium it had been a while since we had all been up there singing the national anthem together, trying to hit those high-pitched notes together. So that was a lot of fun, and to just see it all come together and the time was really fast as well, so I think we really proved that we came to race.”

Ledecky is still to race in 800-meter freestyle heats on Thursday, with the final scheduled for Friday.