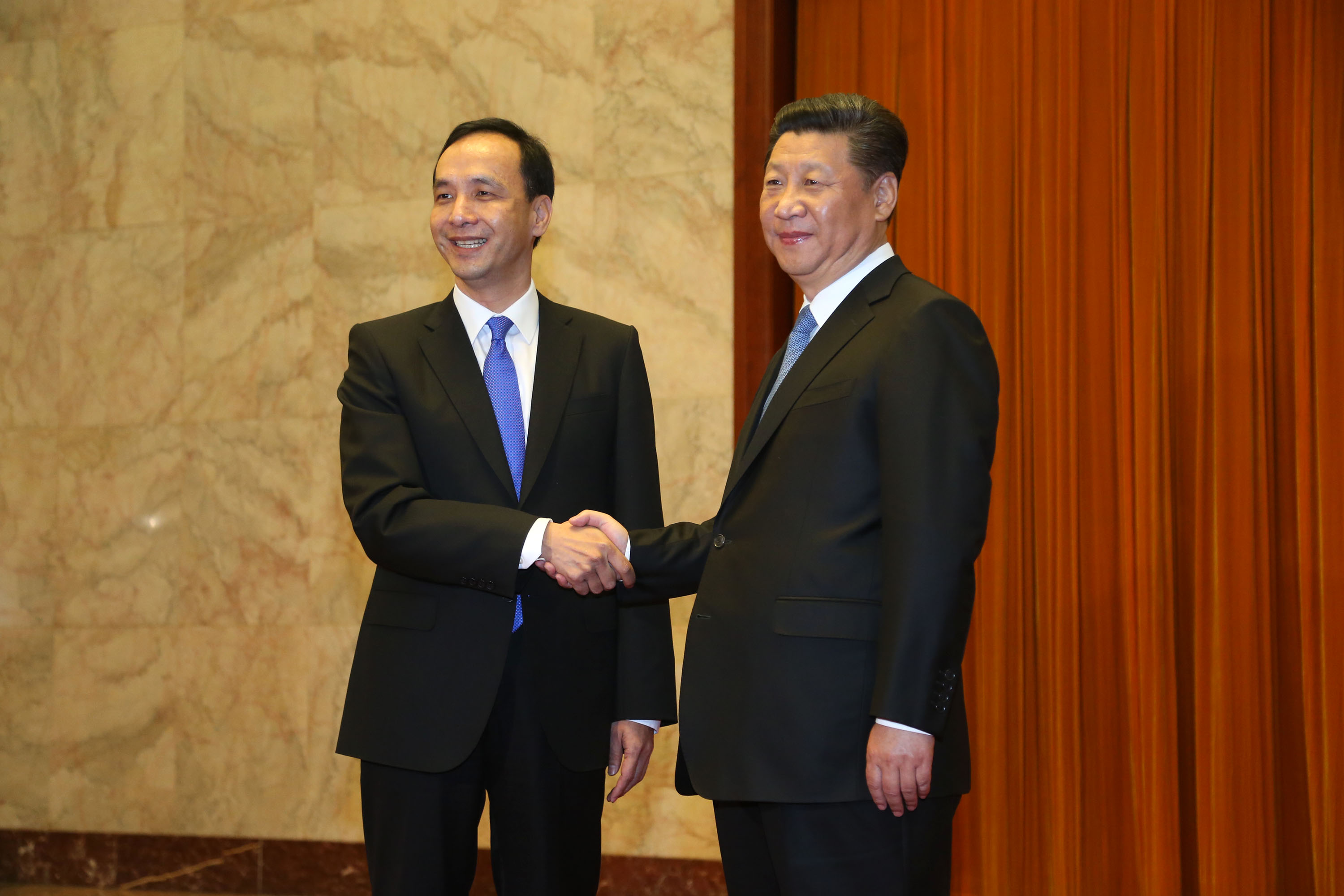 TAICHUNG (Taiwan News) — The Kuomintang (KMT) has a major 1992 consensus problem. According to polling by the Mainland Affairs Council this month, over 80% of the public disapprove of it.

Not so long ago, a majority of Taiwanese approved of it, but in recent years the public has turned sharply against it. So much so, that the KMT’s continued support for it has made them almost unelectable at the national level and they have lost two national elections in a row by landslides.

It has been controversial since the beginning, and even the beginning is controversial. The official Chinese position is how Ma Xiaoguang, a spokesperson for the Taiwan Affairs Office (TAO) is cited describing it in a Xinhua news article on June 15: “It refers to the consensus reached by the mainland-based Association for Relations Across the Taiwan Straits and the Taiwan-based Straits Exchange Foundation that each of them will orally recognize that 'the two sides of the Taiwan Strait both belong to one China.'"

On June 16, former President Ma Ying-jeou (馬英九) told the press that he was “responsible for overseeing” the discussions in 1992, and gave essentially the same description the TAO gave, with one key difference. Where China defines the 1992 consensus as simply meaning “one China,” the former president added the KMT version of it, “one China, each side with its own interpretation.”

However, the president at the time Lee Tung-hui (李登輝) denied there was such a consensus, and former National Security Council Secretary-General Su Chi (蘇起) admitted to making up the term in 2000. Tartly, Lee said of Su: "Little monkey boy's trying to make up history."

In a sense, all the controversy around the origins of the term are not really relevant. The reality is that the 1992 meetings occurred and that the Chinese Communist Party (CCP) and the KMT both adopted the term and used it as a useful pretext to get along and start cross-party meetings in the 2000s.

The real controversy, and why the Democratic Progressive Party (DPP) will never accept it, is the Chinese version of it: “the two sides of the Taiwan Strait both belong to one China.” To the CCP, that means that Taiwan belongs to the People’s Republic of China (PRC), period.

Until recently, the Taiwanese public generally did not understand that, which is why they were able to support it for so long. However, on January 2, 2019, Chinese Chairman Xi Jinping (習近平) appeared to tie the 1992 consensus to the “one country, two systems” formula used in Hong Kong.

Needless to say, Taiwanese were appalled, considering the chaos in Hong Kong, which only got worse as that year wore on and the PRC tightened an iron grip on the city. Today, most Taiwanese are under no illusions as to what the 1992 consensus means to the CCP, and want nothing to do with it.

Beijing’s stance is that “adherence to the 1992 consensus” is an “absolute precondition” for any talks across the Taiwan Strait. In other words, no agreeing with the one China policy and the 1992 consensus, no dialogue, period.

Under President and DPP Chair Tsai Ing-wen (蔡英文), the DPP’s stances on Taiwanese identity, relations with China, relations with the U.S. and Japan and the 1992 consensus are right in the middle of mainstream public opinion. The KMT’s stances are ballot box poison in national elections (but not necessarily in local elections).

Former KMT Chair Johnny Chiang (江啟臣) set out to strip the party of the 1992 consensus last year. However, prior to the party conference to formalize it, he abruptly dropped the proposal.

Reports at the time said over 80% of KMT members supported keeping it, and major players in the party came out in favor of keeping it. It appeared Chiang knew he would fail.

Current KMT Chair Eric Chu (朱立倫) appears to be aware something has to be done to make the party electable again. He seems to be taking a two-pronged approach.

During his recent tour of the United States, he stated the KMT was “always” pro-U.S., anti-Communist, and not pro-China. The first five articles in this series calls those claims into some question.

During the trip he also tried to downplay the significance of the 1992 consensus to his worried American audiences. Speaking at Brookings Institute, he did not mention it at all in his presentation, but in response to a question from the audience, he likened it to being like America’s policy of “strategic ambiguity” and was a “non-consensus consensus” so “we can put aside these complex issues and can move on.”

Curiously, “non-consensus consensus” was a term previously used by former DPP President Chen Shui-bian (陳水扁). Former President Ma said there was indeed a consensus and called on Chu to “not deliberately be anti-” (presumably China).

China’s TAO said the “1992 consensus is not to be distorted arbitrarily” and called on Chu to “keep a clear mind.” However, as in the past, the Chinese side has been relatively restrained in their criticism of Chu, unlike his predecessor Johnny Chiang.

Looked at one way, it could be implying something like “seeking to unite.”

That appears to be how the TAO took it when he used it in his message to Xi Jinping after becoming party chair. Specifically referring to that line, TAO spokesperson Zhu Fenglian said at a press conference: “Regarding the differences between the two sides of the Strait, the Chinese side is willing to hold dialogue under the One China Principle to seek the path to resolution.”

He has been using this phrase frequently recently to describe his stance toward China. It is possible he is hoping to supplant the 1992 consensus with this new terminology.

He may be hoping it is vague and open enough to interpretation the Chinese may accept. He may also be hoping, or may even have told the CCP directly, that without coming up with something other than the 1992 consensus, they have little chance of returning to power.

China knows if they want to annex Taiwan peacefully, that is more likely with a KMT government than a DPP one. But will they accept his new formulation?

Xi Jinping is famously inflexible, so the chances seem low, but it’s possible.