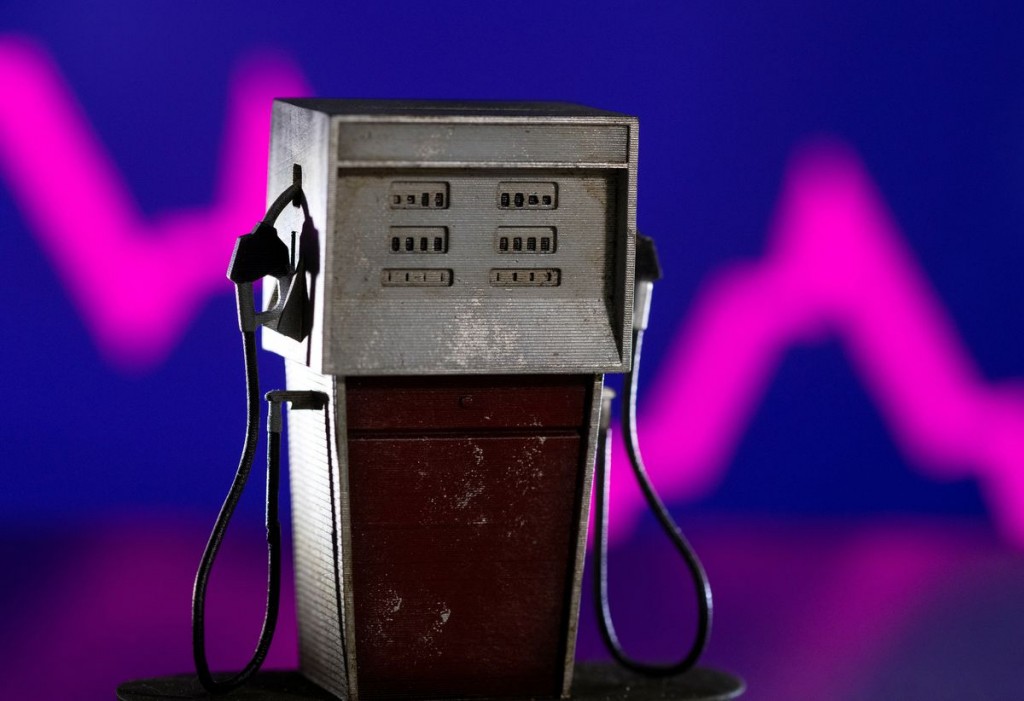 World stock markets and oil prices hit the skids on Wednesday as the persistent palpitations about rising interest rates and recessions struck again, while the Japanese yen hit a fresh 24-year low against a seemingly unstoppable U.S. dollar.

The enthusiasm that had given Wall Street its best day in over a month on Tuesday was suddenly gone as Europe opened 1.5% lower and Brent crude prices plunged 4% following what had also been a downbeat Asian session.

Fired-up dollar bulls weren't taking any prisoners either on bets that the head of the Federal Reserve, Jay Powell, will reiterate to Washington later the need to jack up U.S. rates hard and fast.

As well as compounding the yen's woes, it knocked the euro down 0.3%, Norway's oil-sensitive crown slumped 1.3% and Britain's pound dropped 0.7% as data confirmed inflation there is now running at a 40-year high of 9.1%.

"It is remarkable how quickly the market has turned again after that little squeeze up in sentiment yesterday," said Saxo Bank FX strategist John Hardy.

"The commodity market seems to be calling a (global) recession," he added. "And the dollar is pivoting to strength as a safe-haven".

Those recession worries were also showing in the bond markets where U.S. and German government bond yields fell as traders sought out traditional safe harbours.

But the spreads between Germany and highly-indebted Italy widened again. Its foreign minister Luigi Di Maio said he was leaving the 5-Star Movement to form a new parliamentary group backing the government, a move that threatens to bring fresh instability to Prime Minister Mario Draghi's coalition.

Investors are continuing to assess how worried they need to be about central banks potentially pushing the world economy into recession as they attempt to curb red hot inflation with interest rate increases.

The main U.S. share benchmarks rose 2% overnight on the possibility the economic outlook might not be as dire as thought during trade last week when the S&P 500 (.SPX) logged its biggest weekly percentage decline since March 2020.

But the lift in Wall Street sentiment didn't look set to last either with S&P 500 and Nasdaq futures , both down nearly 1% on Wednesday.

"I think that this recent post-holiday bear market rally is a reflection of the uncertainty that investors have regarding whether we have seen the peak of inflation and Fed hawkishness or not – I think we're close," said Invesco global market strategist for Asia Pacific David Chao.

U.S. Federal Reserve chair Jerome Powell is due to start his testimony to Congress on Wednesday with investors looking for further clues about whether another 75-basis-point rate hike is on the cards in July.

Economists polled by Reuters expect the Fed will deliver a 75-basis-point interest rate hike next month, followed by a half-percentage-point rise in September, and won't scale back to quarter-percentage-point moves until November at the earliest.

Most other global central banks are in a similar situation, apart from the Bank of Japan, which last week pledged to maintain its policy of ultra-low interest rates. In contrast, the Czech central bank was expected to hike its rates by an eyewatering 125 bps later with inflation there well into double figures.

That gap between low interest rates in Japan and rising U.S. rates has weighed on the yen , which hit a new 24-year low of 136.71 per dollar in Asian trading, before drifting firmer to 136.20.

Minutes from the Bank of Japan's April policy meeting released Wednesday showed the central bank's concerns over the impact the plummeting currency could have on the country's business environment.

The other big move was in commodity markets. The 4% slump in oil prices came amid the recession concerns and with U.S. President Joe Biden expected on Wednesday to call for a temporary suspension of the 18.4-cents a gallon federal tax on gasoline, a source briefed on the plan told Reuters.

"The latest in a long line of attempts to temper surging prices at the pumps is having the desired effect. Yet whether this knee-jerk reaction will stand the test of time is by no means guaranteed," said PVM's Stephen Brennock, pointing to an expected summer demand surge.