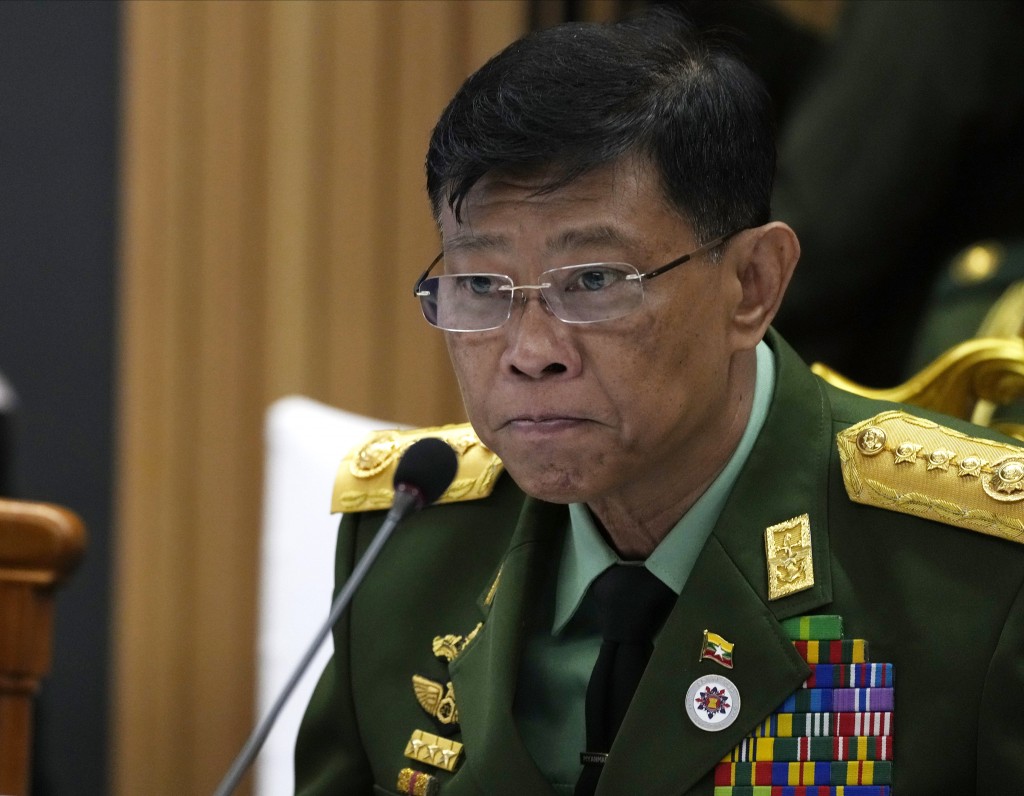 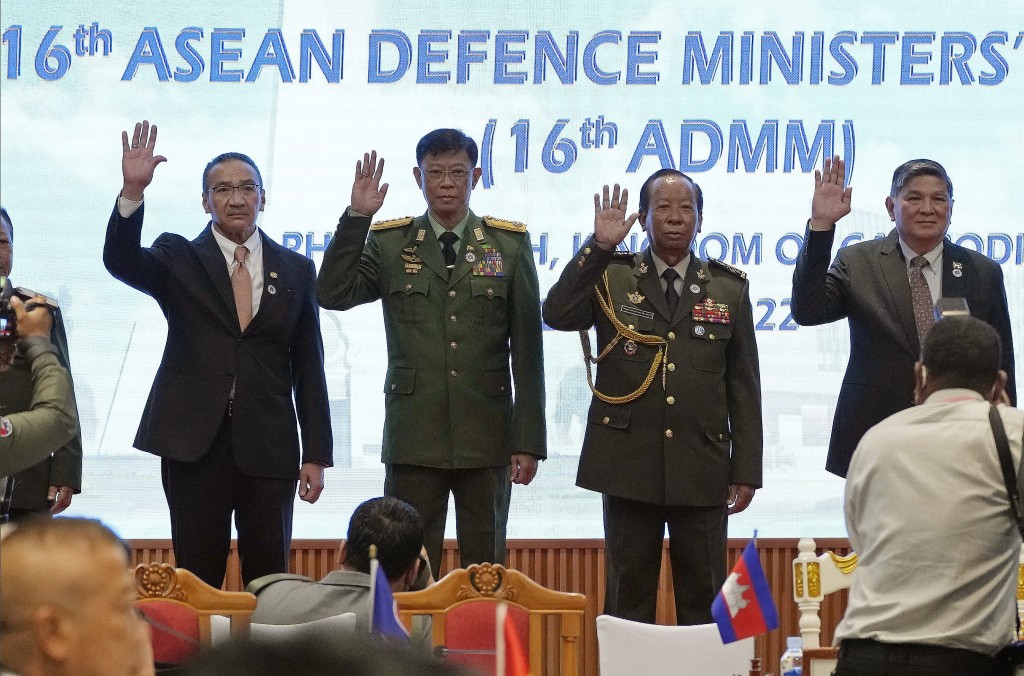 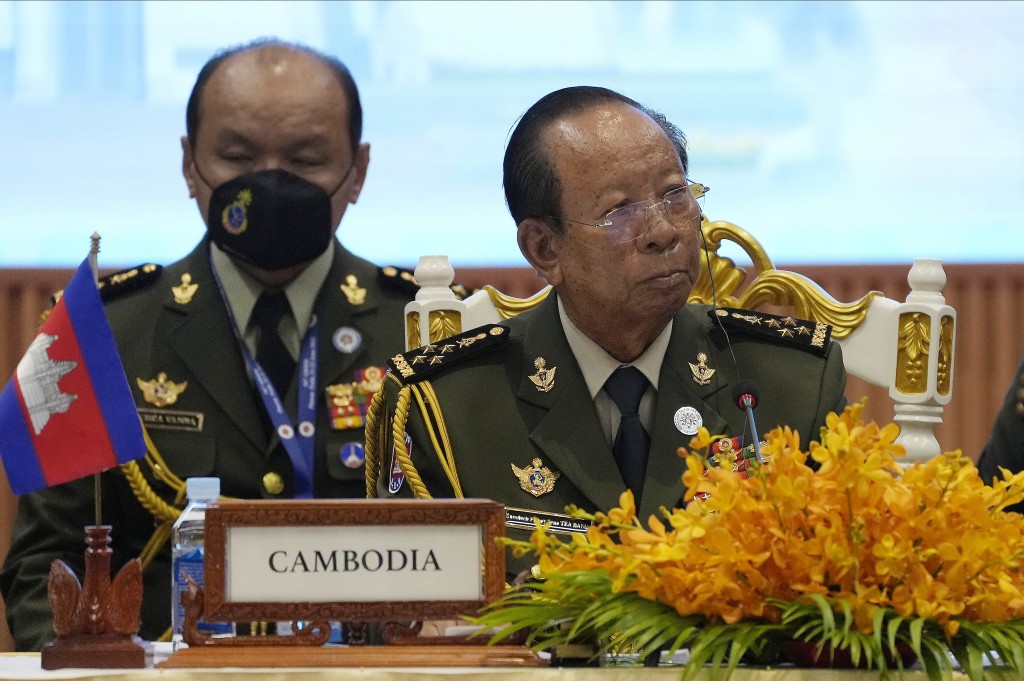 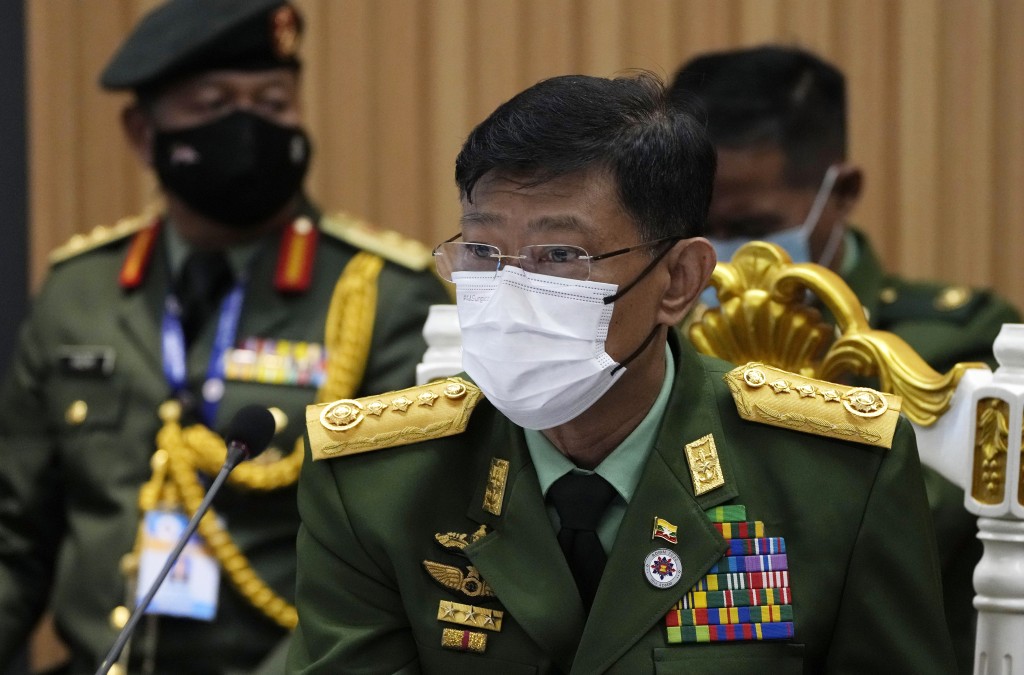 PHNOM PENH, Cambodia (AP) — Myanmar’s defense minister, under sanctions from the United States, Britain and other countries for abuses committed by his country’s military, was welcomed Wednesday to an annual meeting with his counterparts in the Association of Southeast Asian Nations.

More than 600 civic groups inside and outside Myanmar had issued an appeal to the ministers not to invite him. They accuse him of complicity in violence committed by Myanmar’s military as it seeks to crush opposition to its seizure of power last year from the elected government of Aung San Suu Kyi.

The Assistance Association for Political Prisoners, a private organization that tracks government killings and arrests, said Friday that 2,000 civilians have been killed by Myanmar's security forces. The army is also battling anti-government guerrillas in the countryside.

Mya Tun Oo has also been accused of involvement in atrocities carried out by the army against the Muslim Rohingya minority in 2017, when he was chief of the military’s general staff, the third most powerful post in the army.

International courts are investigating allegations that the military committed genocide in brutal counterinsurgency campaigns that sent more than 700,000 Rohingya fleeing to neighboring Bangladesh for safety.

“The Myanmar military junta’s acts fully meet the definition of terror under international and national law, and is responsible for ongoing violations of international human rights and humanitarian law following the military’s illegal coup attempt,“ said the appeal issued by 677 civic groups to the ASEAN defense ministers.

“General Mya Tun Oo plays a leading role in the management of the military, which is responsible for committing ongoing atrocity crimes with total impunity,” it said. “Mya Tun Oo’s direct responsibility for international law violations has been recognized by the USA, UK, EU, Canada and New Zealand, which sanctioned him.”

Wai Hnin Pwint Thon, from the group Burma Campaign UK, told The Associated Press that ASEAN was failing to respect and stand with the people of Myanmar by inviting Mya Tun Oo to its meeting.

“The military will see this invitation … as a sign of encouragement to continue carrying out their human rights violations in the country with complete impunity,” she said.

Cambodia is chair of the 10-nation ASEAN this year. In February, ASEAN foreign ministers held their annual retreat without their counterpart from Myanmar, who was prevented from participating but allowed to attend online as an observer.

In January, Cambodian Prime Minister Hun Sen became the first head of government to visit Myanmar since the army seized power. He has stressed that Myanmar must be included in ASEAN’s activities, but has also expressed pessimism that any progress toward peace can be made this year.

ASEAN has sought to play a mediating role in Myanmar’s crisis, fearing its increasingly violent unrest may cause problems regionally. In April last year it reached a consensus on a five-point plan to try to help restore stability, but Myanmar has hindered the agreement's implementation.

Relations were strained further when Myanmar would not allow an ASEAN special envoy to meet with Suu Kyi, who has been detained since the takeover. ASEAN, under the guidance of its former chair, Brunei, took the unprecedented step of not allowing the leader of Myanmar's military government, Min Aung Hlaing, to attend its annual summit last October.

A joint declaration issued after Wednesday’s defense ministers meeting included a statement of support for the five-point consensus, which calls for an immediate cessation of violence, a dialogue among concerned parties, mediation by an ASEAN special envoy, provision of humanitarian aid and a visit to Myanmar by the special envoy to meet all concerned parties.

Malaysia's defense ministry called the meeting useful, but said in a statement that the attendance of its defense minister, Hishammuddin Hussein, does not mean Malaysia recognizes Myanmar's ruling military council as the country's valid government. It said it has always stressed that Myanmar's military government must immediately implement ASEAN's five-point consensus.

Malaysia is the ASEAN member most critical of Myanmar's ruling generals. In May, its foreign minister, Saifuddin Abdullah, met with his counterpart in the National Unity Government, a group set up by previously elected Myanmar politicians that operates as an underground shadow administration. The military has declared it an illegal terrorist organization.