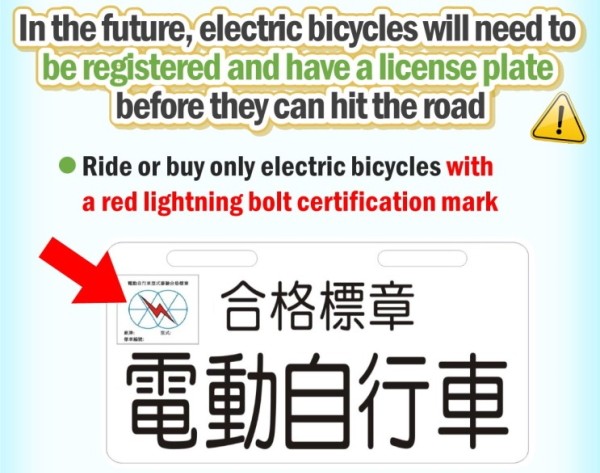 TAIPEI (Taiwan News) — Starting on Nov. 1, all electric bicycles (e-bikes) must have a license plate before they can be driven on Taiwan's streets.

On Monday (June 20), the Workforce Development Agency (WDA) posted a notice on its 1955PH Line group notifying migrant workers that in the future, e-bikes must be registered and have a license plate before they can be used. It advised that only e-bikes with the red lightning bolt certification mark can be ridden or purchased.

It warned that e-bikes that do not have this certification mark will be confiscated. In addition, it pointed out that fines of NT$1,800 to NT$5,400 (US$60 to US$181) will be issued to those who carry out unauthorized modification of their e-bikes.

At a meeting held to discuss public security on Tuesday (June 21), the Cabinet announced that the new e-bike regulations would take effect on Nov. 1 and Premier Su Tseng-chang (蘇貞昌) called on front-line police officers to prepare in advance, strengthen law enforcement, and crack down on violations. Su said that because many migrant workers use e-bikes for transportation, he told the Ministry of Labor (MOL) to strengthen the dissemination of information to foreign workers on the new regulations for e-bikes.

In keeping with Su's directives, the WDA also released a graphic explaining the precautions migrant workers should take when riding e-bikes, including wearing a helmet, avoiding alcohol, not carrying passengers, and not riding on sidewalks, fast lanes, or the freeway. The agency also provided tips on charging safety, such as using surge protectors and proper placement of electrical wires. 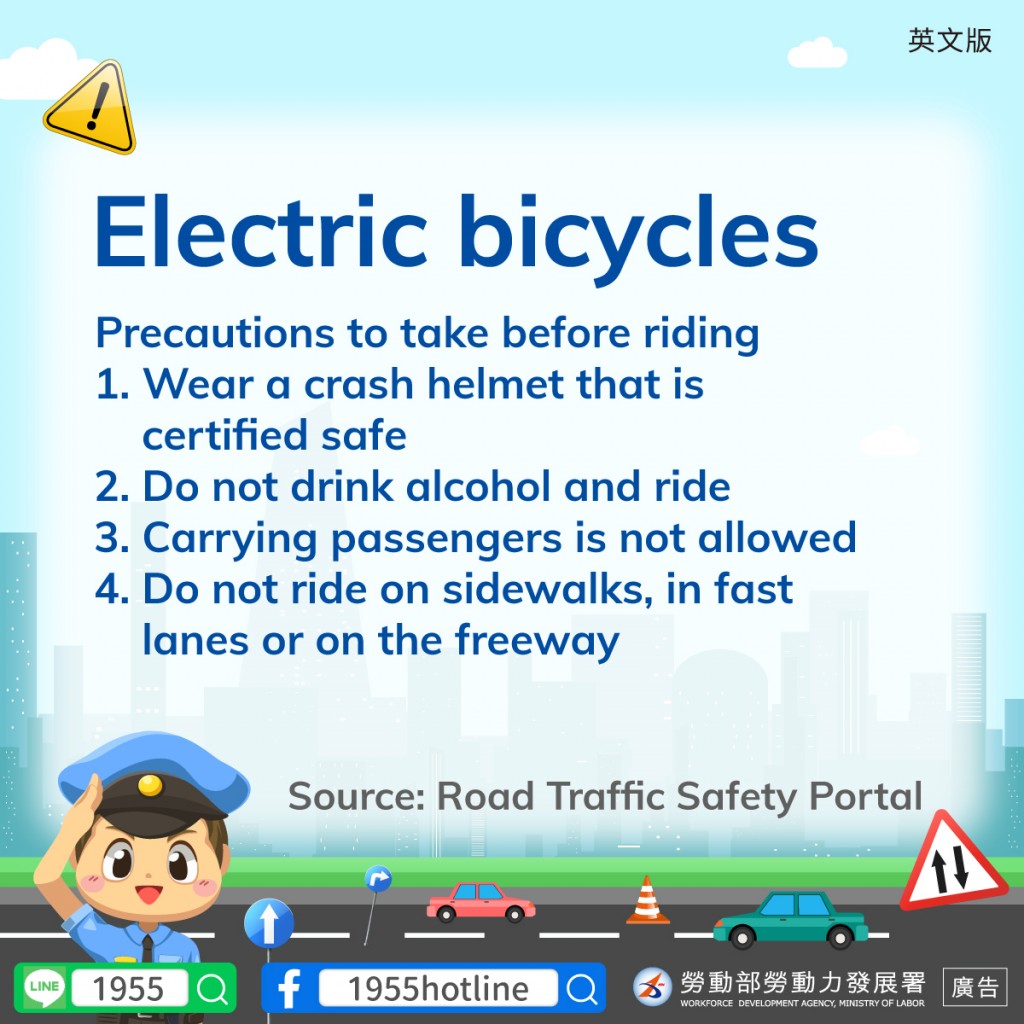 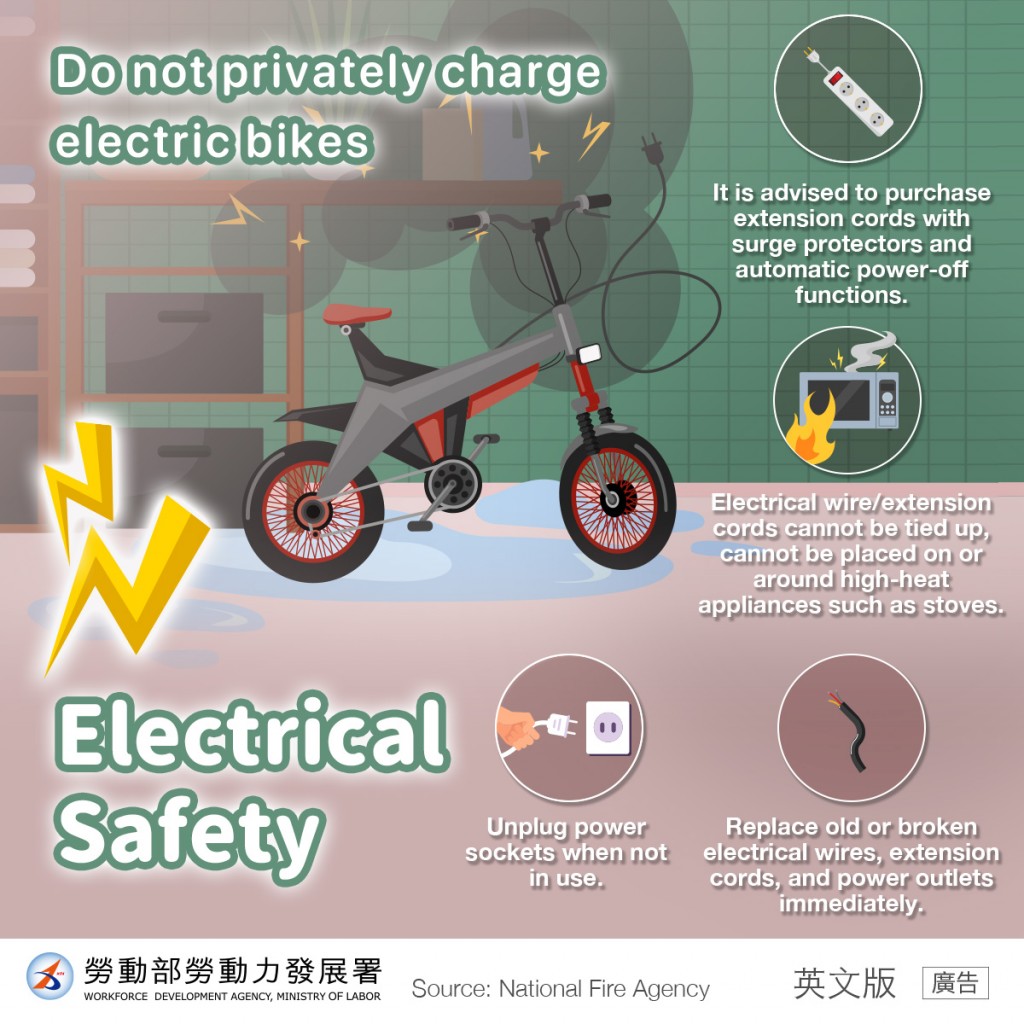 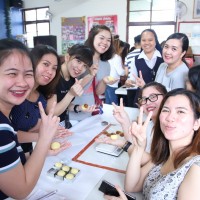 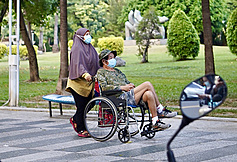