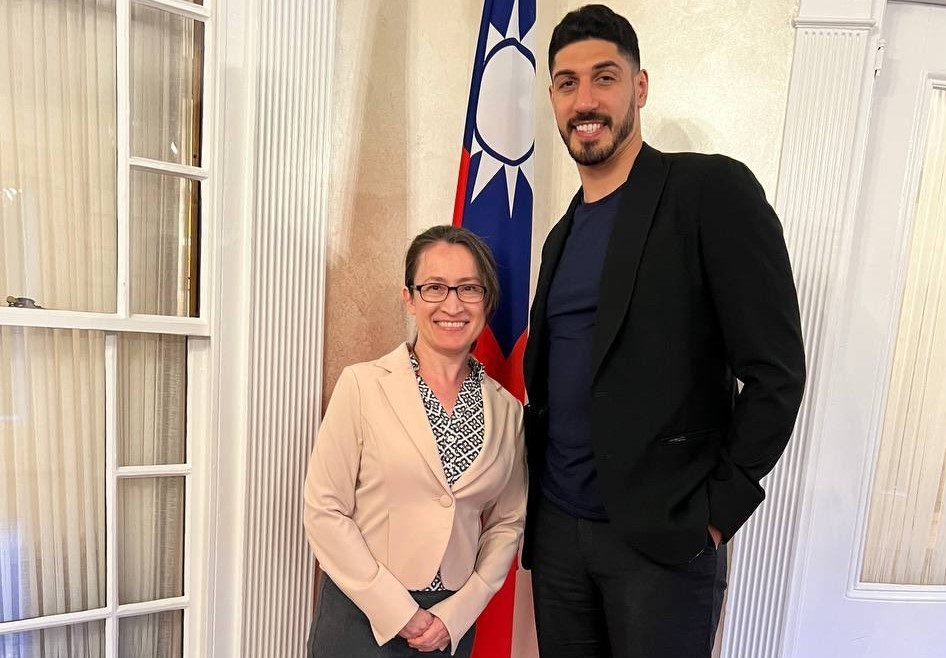 Kanter, who is a strong supporter of Taiwan, once shared photos of sneakers showing the Taiwanese flag and displaying sympathetic messages including “Stand with Taiwan” and “Taiwan belongs to the Taiwanese people.” He has called on Western democracies, such as the U.S., to take a tougher stance against authoritarian regimes around the world, especially China.

Kanter said he plans to visit Taiwan in November for about six days, during which he will attend an event organized by the Oslo Freedom Forum in Taipei, per Liberty Times. He said he also hopes to meet President Tsai Ing-wen (蔡英文) and hold a large-scale youth basketball camp.

Hsiao tweeted a photo of the two, saying it was an “honor to meet Enes Kanter Freedom, with admiration for his courage and commitment in advocating human rights. Looking forward to welcoming him to Taiwan in the future.”

Kanter was waived by the Houston Rockets in February 2022.