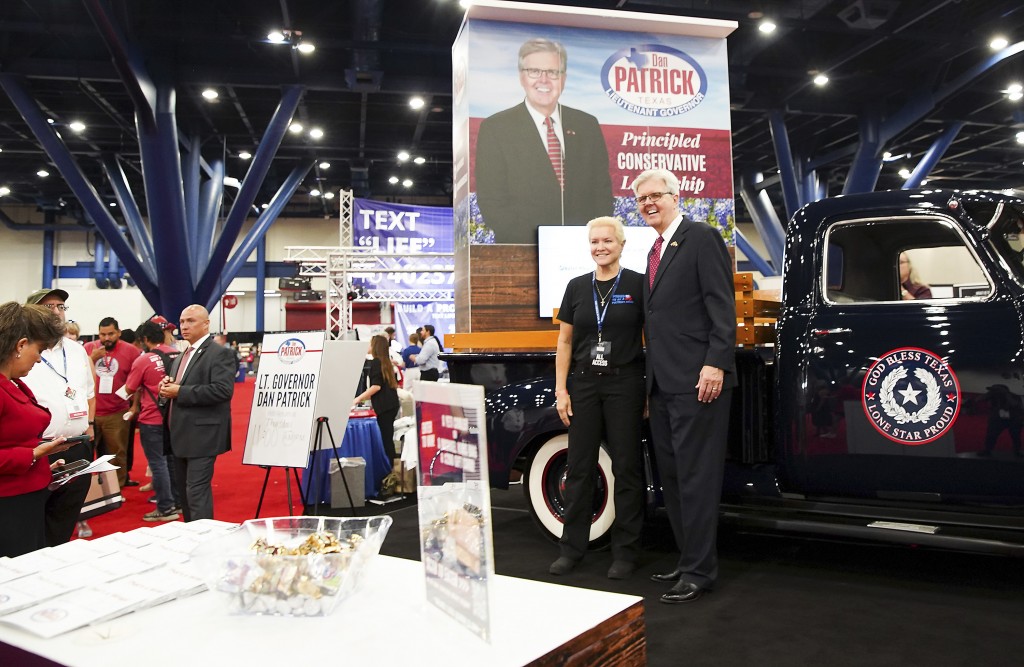 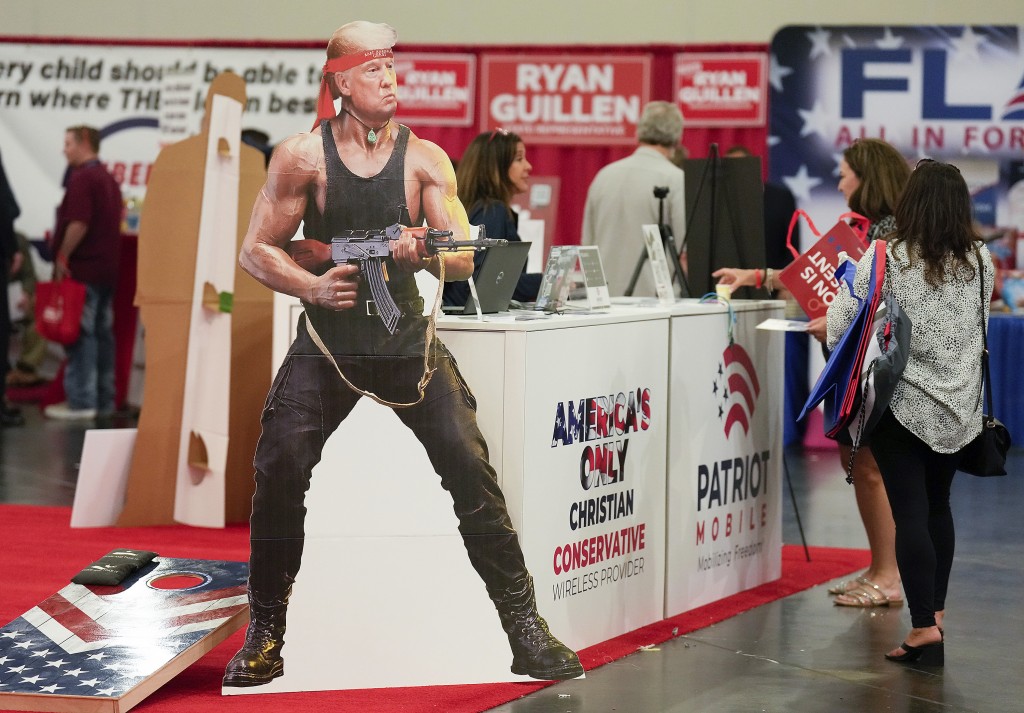 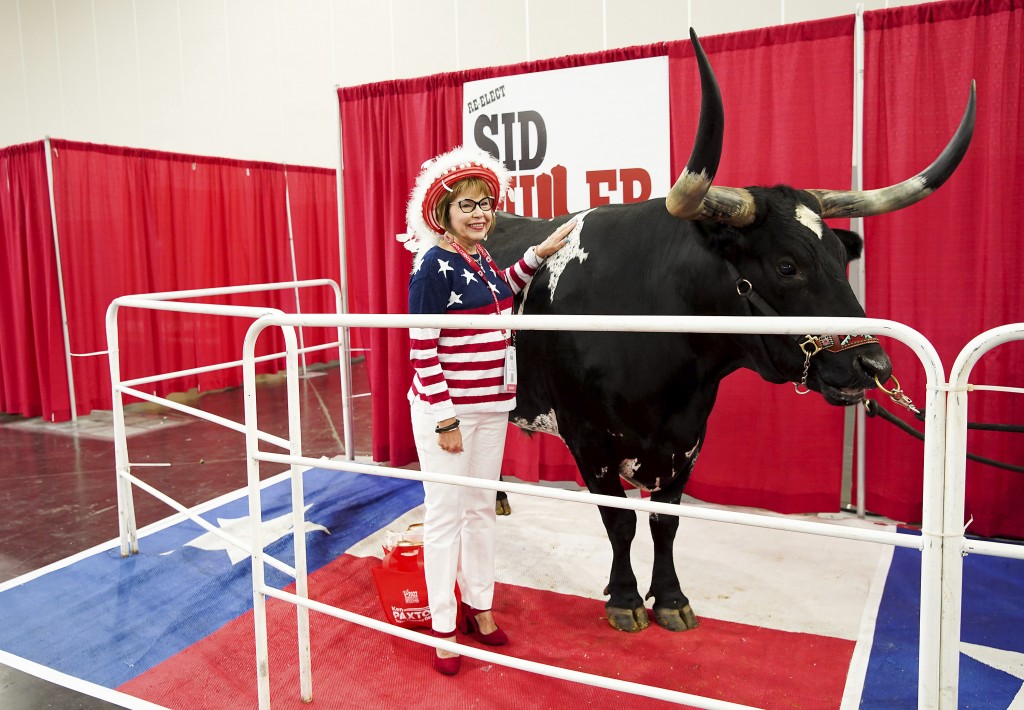 WASHINGTON (AP) — Ten years ago, the Texas Republican Party used its platform to oppose teaching critical thinking in schools. In 2014, it declared homosexuality a chosen behavior contrary to God and endorsed “reparative therapy” to reverse it. By 2020, the party was ready to remind the world that “Texas retains the right to secede from the United States.”

But now the GOP platform in the country's largest red state — long an ideological wish list that even the most conservative Texans knew was mostly filled with pipe dreams that would never become policy — has broken new ground in its push to the far right.

Approved by 5,000-plus party delegates last weekend in Houston during the party's biennial convention, the new platform brands President Joe Biden an “acting” commander-in-chief who was never “legitimately elected.”

It may not matter who the president is, though, since the platform takes previous language about secession much farther — urging the Republican-controlled legislature to put the question of leaving the United States to voters next year.

The platform also says homosexuality is “an abnormal lifestyle choice” and rejects bipartisan legislation in Congress seeking to raise the minimum age to buy assault weapons from 18 to 21, saying Texans under 21 are "most likely to be victims of violent crime and thus most likely to need to defend themselves.”

Though non-binding, the platform illustrates just how far Texas Republicans have moved to the right in the past decade — from championing tea party ideals in 2012 to endorsing former President Donald Trump's continued lies about nonexistent widespread fraud costing him an election he actually lost by more than 7 million votes.

“The platform reflects the direction that party activists believe the party should take,” said Matt Mackowiak, a Republican strategist based in the Texas capital of Austin. He said that, rather than deciding elections or dictating legislative action, the platform is more relevant as a signal of "where primary voters are and what they care about.”

Mackowiak said items like considering succession won't be taken seriously, but “Trump’s policy agenda is here to stay.” He said that, as the former president continues to question 2020 election results, he will continue to find a receptive audience in the Texas GOP.

“Are people really in doubt that Republicans have concerns about how the election was conducted?” Mackowiak asked.

Matt Rinaldi, a former state lawmaker who now chairs the Texas GOP, said state Republicans “rightly have no faith in the 2020 election results and we don’t care how many times the elites tell us we have to.”

Democrats haven't rigged anything. An Associated Press r eview of every potential case of voter fraud in the six battleground states disputed by Trump has found fewer than 475 — a number that would have made no difference in the 2020 presidential election.

Meanwhile, Texas' 2020 election was a romp even by the standards of Republicans who have dominated the state for decades. The party's candidates topped Democrats in key congressional and statehouse races as Trump easily carried its electoral votes.

But that didn't stop the former president from praising the party's 2022 platform, posting Tuesday: “Look at the “Great State of Texas and their powerful Republican Party Platform on the 2020 Presidential Election Fraud.”

“Such courage,” he wrote, “but that’s why Texas is Texas.”

Trump was cheering language declaring, “We reject the certified results of the 2020 presidential election, and we hold that acting President Joseph Robinette Biden Jr. was not legitimately elected." That was a departure from as recently as 2014, when the Texas GOP platform questioned Barack Obama's “commitment to citizens' constitutional rights," but at least recognized him as president.

This year's platform also says that “Texas retains the right to secede from the United States, and the Texas Legislature should be called upon to pass a referendum consistent thereto.”

Ed Espinoza, executive director of the advocacy organization Progress Texas, said some of the adherence to open discriminatory language might have receded if not for the rise of Trump — who has demonstrated “he could double down on the crazy and not suffer a consequence yet.”

“Normally what happens is, when there’s crazy in a party, people try to soften it,” said Espinoza, former Western States Director of the Democratic National Committee. “In this case, they saw it worked for Trump so they think it’ll work for them.”

Texas was an independent republic for nearly a decade until 1845. With the coronavirus pandemic raging, the 2020 Texas Republican Party convention was held virtually and degenerated into a leadership struggle. But it also featured platform language declaring, “Texas retains the right to secede from the United States should a future president and congress change our political system from a constitutional republic to another system."

That caveat about governmental system was dropped in the 2022 edition, which seeks a referendum for voters "to determine whether or not" their state "should reassert its status as an independent nation.”

Texas' rightward push was clear in ways beyond the party platform. Delegates booed Republican Sen. John Cornyn — who has held his seat for 20 years and got more 2020 votes statewide than Trump did — for working on bipartisan legislation seeking to impose modest limits on guns. Those efforts began following last month's mass shooting in the Texas town of Uvalde, which killed 19 elementary students and two teachers.

Still, such state convention outbursts also aren’t new. Republican Gov. Rick Perry was booed in 2012 for praising fellow GOPer and Lt. Gov. David Dewhurst, who was then locked in a primary battle for an open Senate seat with Ted Cruz. Some delegates also in the past walked out of a speech by then-Republican Texas House Speaker Joe Straus.