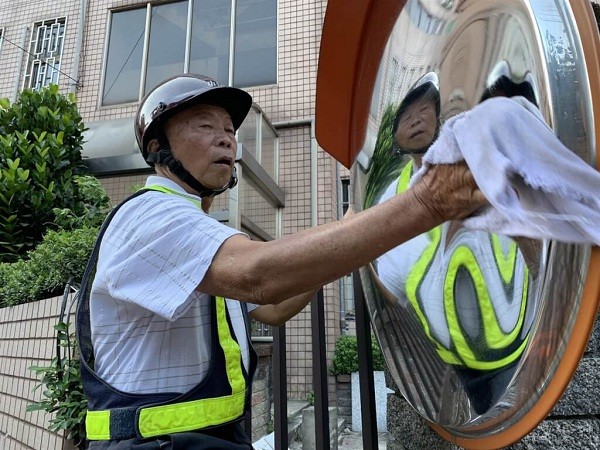 TAIPEI (Taiwan News) — The Taiwanese man who had volunteered to clean convex traffic mirrors along highways has passed away.

When he retired from the construction industry, then 68-year-old Chang Hsiu-hsiung (張秀雄) saw a traffic accident during a family outing one day. When he saw the convex traffic mirror at the accident scene was covered with spider webs, his instinct told him that the dirty mirror could have partly caused the accident.

The experience made him think to himself, “As an old man, can I still do something for society?” He then made a resolution to clean as many convex traffic mirrors along highways as possible.

Chang, nicknamed the “Buddha of convex traffic mirrors,” would get up around 3 a.m. or 4 a.m., bring more than 20 pieces of cloth and an aluminum folding ladder, and go out on his motorcycle to start his day of cleaning traffic mirrors.

Beginning from 2011 and up until 2019, Chang, who lived in New Taipei's Zhonghe District, cleaned more than 150,000 traffic mirrors all over northern Taiwan, including the Beiyi Highway, the northern coast, and Yangmingshan, according to a press release issued by New Taipei’s Transportation Department back in 2019.

Chang had said he would keep cleaning traffic mirrors until he could not do it anymore.

Chang’s son told CNA that his 80-year-old father passed away of natural causes on June 8, saying that even though they are sad, the family is so proud of his good deeds. He said that his father kept a record of the mirrors he cleaned, and it’s estimated that he had cleaned a total of about 150,000 of them. 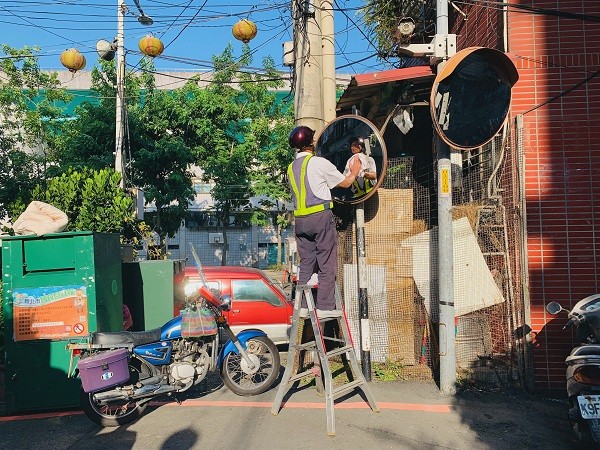