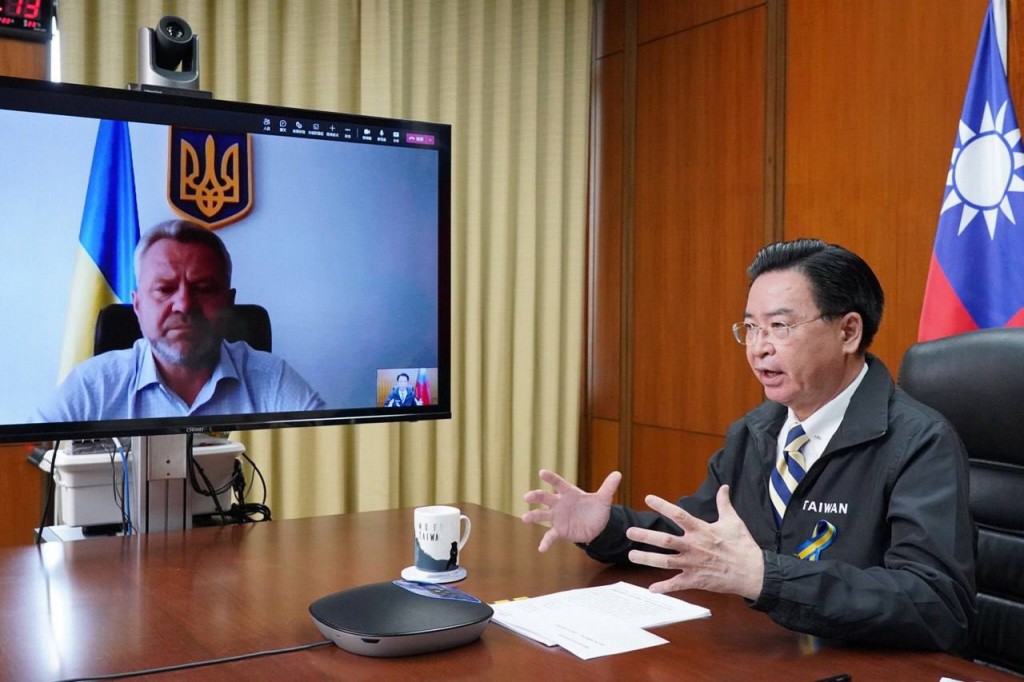 TAIPEI (Taiwan News) — Foreign Minister Joseph Wu (吳釗燮) held a video call on Monday (June 20) with Anatoliy Fedoruk, the mayor of Bucha, Ukraine, and revealed a donation of US$500,000 (NT$14.86 million) on behalf of the Taiwan government to assist in reconstruction.

Federuk said that Bucha has sustained heavy damage and is in urgent need of international assistance. He thanked Taiwan for stepping forward to lend a helping hand to Ukraine during this extraordinary period, according to the Ministry of Foreign Affairs (MOFA).

The Ukrainian government and people will always remember the solid support and warmth from Taiwan, he said, adding that Bucha will make good use of every dime of the timely donation.

Federuk said that Russia’s unprovoked aggression against Ukraine has caused damage to the territorial integrity, sovereignty, and democracy of the country. The brutal crimes committed in the Bucha region and the aggression of the Russian authoritarian government should not be forgotten by the world, he said.

The Ukrainian people will firmly defend their homeland and democracy, the mayor added.

According to MOFA, this is the fourth time Wu has reached out to Ukraine and conveyed Taiwan's care for Ukrainians and its support for the eastern European nation’s strong resistance against authoritarian aggression. Wu held video calls with the mayor of Kyiv on April 22; the mayor of Kharkiv on May 31; and with the Patriarch of the Ukrainian Orthodox Church on June 10.

Wu said that Taiwan could not accept the Russian military invasion of Ukraine, which he called the destruction of international order and a violation of another sovereign country. Apart from publicly condemning the war acts, Taiwan has joined the international community in imposing economic sanctions on Russia, he said.

In a show of support, Wu exclaimed, "Democracy shall prevail!"