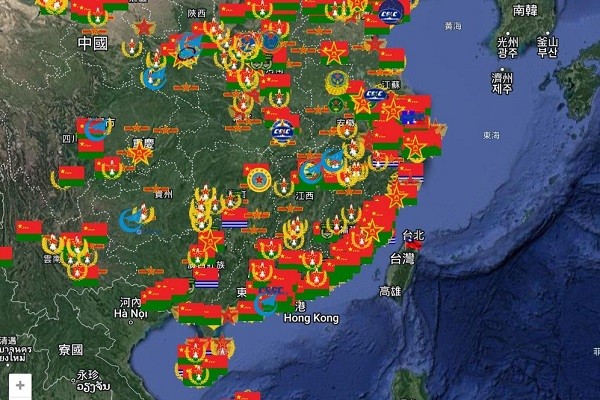 TAIPEI (Taiwan News) — A Taiwanese college student has created this intricate map showing China's vast network of military bases, including those arrayed across the strait from Taiwan.

The map, titled "PLA bases and facilities" had been circulating in Taiwan's military enthusiast circles since June last year. However, a netizen recently posted it on the popular online bulletin board PTT, where it started to go viral last week, with over 600,000 views as of publication.

The map was created by Joseph Wen (溫約瑟), a senior in the Music Department at Soochow University in Taipei. CTS News program "Romance of the Three Kingdoms" (三國演議) on Saturday (June 18) said that as an amateur military enthusiast, he had been wanting to create a map of People's Liberation Army (PLA) bases for quite some time and started to post one online on June 14, 2021, for the public to freely peruse.

Wen said that he had initially planned on just posting People's Liberation Army Air Force (PLAAF) bases only because their runways are fairly easy to spot. However, the map has since grown to include 782 areas of interest, including China's core military and political organs, army bases, naval bases, rocket force facilities, strategic support bases, more than 50 military schools, and important military-industrial facilities, such as Dalian Shipyard, Jiangnan Shipyard, and Huangpu Shipyard. 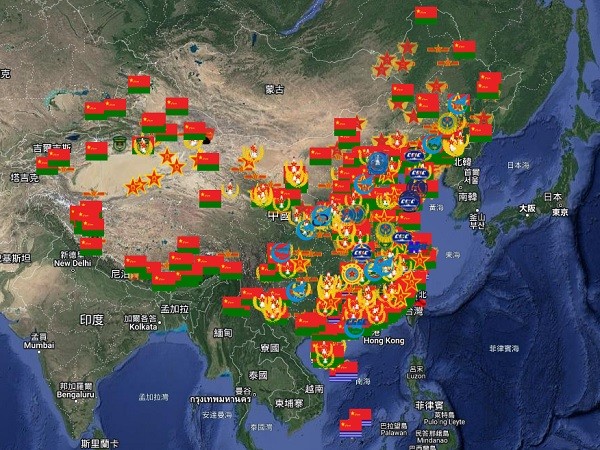 As for how Wen verified the authenticity of the location of each base, Wen mainly used public open-source sites such as Wikipedia, Baidu Tieba, and Google Maps. Other sources include papers from military academies and Taiwan's military.

For example, he said he was able to pinpoint the location of the 666 brigade of the People's Liberation Army Rocket Force (PLARF) after a photo was leaked on China's state-run CCTV. In the photo, there are two transparent lighting covers above the building, which matches a structure found in a building located in Henan Province's Xinyang.

Wen asserted that Taiwanese students can obtain cognitive warfare literacy by studying his map, empowering them in a way that their counterparts on the other side of the Great Firewall of China cannot. He urged young Taiwanese students to strengthen their ability to critically assess information in terms of its quality and authenticity and understand what is useful information and what is "implanted propaganda."

The map is broken into several categories that enable users to view specific types of facilities, such as rocket bases and overseas bases. The map shows a heavy concentration of bases along the coast of Fujian and Guangdong provinces facing Taiwan, with many PLA army, navy, and marine corps bases, as well as radar stations and rocket bases, the latter of which are more inland.

In contrast, there are only a handful of bases on China's border with Russia.