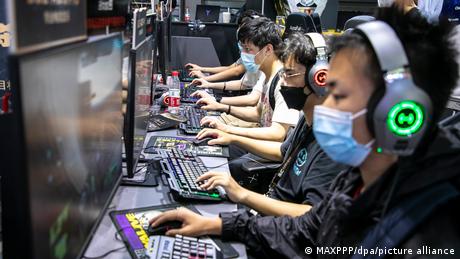 Shares of Chinese gaming company NetEase plunged on Monday after the firm said it would delay release of the popular game "Diablo Immortal" in China.

Following news of delay, NetEase shares dipped more than 10%, to their lowest level since September.

The company is struggling under increased restrictions placed on gaming companies in China, which, for instance, forced NetEase to scale back its wide array of studios in 2021.

The drop signals a dramatic shift in the company's stock market performance since earlier in the year.

In April, Beijing announced that it would approve new gaming licenses for publication, with NetEase seeing an 8% increase in its US-listed stock market value at the time.

What did NetEase say about the game's delay?

In a statement released on Sunday, NetEase — which was founded in China in 1997 by developer Ding Lei — wrote that it had postponed the launch to further optimize the gaming experience for users.

"We believe that the gaming experience in the version officially released will be smoother, and we'll bring better game content to everyone," the company said.

While the game has already been released in the US and UK, it has so far not been made available in the company's home market.

The postponed release date will mark the game's debut in mainland China, though no official date has been given.

Why does China regulate the gaming industry?

The uncertainty surrounding the release date of "Diablo Immortal" in mainland China may be connected to the country's yearslong crackdown on its gaming industry.

China's gaming market is highly regulated. All gaming companies must receive official licenses to release games in the country.

The government has recruited industry in its effort to combat gaming addiction among the nation's youth, and regulators have halted new approvals for gaming licenses, as well as placing restrictions on hours spent gaming for those under the age of 18 back in 2018.

According to a study conducted by researchers in the Chinese city of Changsha, 57.8% of all internet users in China engage in online gaming.

Asia is an epicenter for the gaming industry. Around 76% of the world's largest video game publishing companies come from China, Japan and South Korea.

South Korea has also pursued its own campaign to reign in its tech industry, with game developers being a key target. In 2011, the country enacted a law requiring gaming platforms to shut down access for those under the age of 16 between 12 a.m. and 6 a.m.

South Korea's government eventually retracted the law in 2021, amid tightened COVID-19 restrictions. This followed a new wave of gaming regulations for gamers in China that same month.