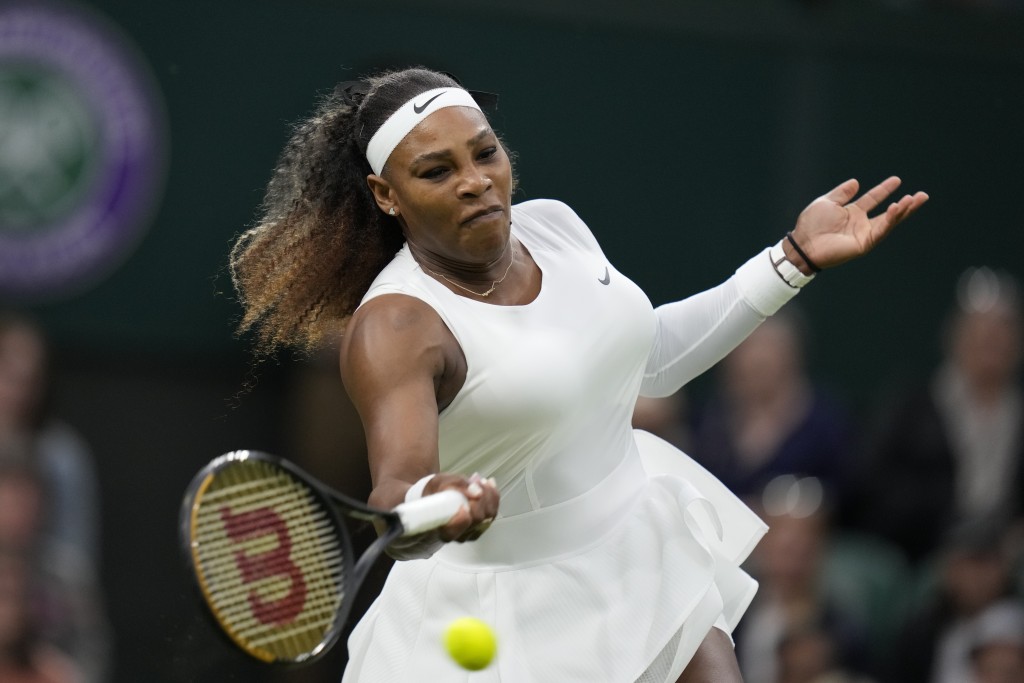 EASTBOURNE, England (AP) — Serena Williams skipped her scheduled practice session at Eastbourne at late notice on Monday as the 23-time Grand Slam champion prepares to make her return to competition after a year away.

Williams trained at a nearby club over the weekend and was expected to have an on-site session at Devonshire Park ahead of playing doubles with Ons Jabeur. Their first match is set for Tuesday against Sara Sorribes Tormo and Marie Bouzkova.

The 40-year-old Williams, who hasn’t competed anywhere since she was injured in the first round of Wimbledon last year, was awarded a wild card for singles at the All England Club.

Jabeur said it was “unbelievable” to have been asked by Williams to be part of her journey back to competition at the Wimbledon warmup.

“I’m a good secret keeper -- yes, I’ve known (since) before the French Open,” said the No. 3-ranked Jabeur, who arrived at Eastbourne after winning the title in Berlin on Sunday.

“Many players were jealous because I’m playing with her. Honestly, Serena is Serena. She is a legend and always will be.”

Jabeur said she is hoping to learn “even like 2% from it.”

“Now I’m joking with other doubles players," she said. "I was like, ‘If you have minus 20 grand slams, don’t even ask me to play doubles with you anymore.’”

Jabeur has pulled out of the singles at Eastbourne following her run to the title in Germany and will play only the doubles. Still, she’ll likely be kept busy this week given who she is partnering.

“I cannot wait to see her, I haven’t seen her yet,” Jabeur said of Williams. “Hopefully we will get together and talk a little bit and see, because I’m really pumped. I want to win this doubles and why not win the title here, you know?”

Among those to advance from the first round of the singles on Monday were three qualifiers — Donna Vekic, Kirsten Flipkens and Lesia Tsurenko — and two British wild cards in Jodie Burrage and Harriet Dart.

Sorana Cirstea, who lost in the semifinals of the Birmingham Classic over the weekend, was trailing Anhelina Kalinina 6-0, 2-1 before retiring.

In the men's event, sixth-seeded Alex de Minaur of Australia began his title defense by beating Cristian Garin 6-3, 6-3 in the first round.