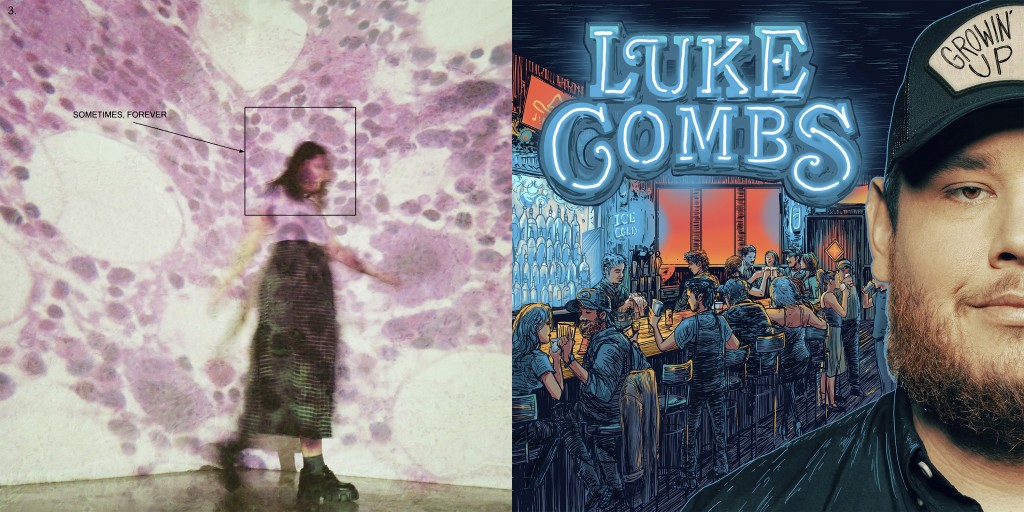 Here’s a collection curated by The Associated Press’ entertainment journalists of what’s arriving on TV, streaming services and music platforms this week.

— Multiverses are all the rage. Following its theatrical release in May, “Doctor Strange and the Multiverse of Madness” arrives Wednesday on Disney+. In it, Benedict Cumberbatch returns to the mystic-arts Marvel character and reckons with some of the fallout from recent developments in the MCU, particularly in regard to Elizbeth Olsen’s Wanda Maximoff. Directed by Sam Raimi, the movie bears some of the comic horror trademarks of the “Evil Dead” filmmaker. In her review, AP Film Writer Lindsey Bahr said all the plot juggling “feels a little bit like wheel spinning.” But “Doctor Strange” isn't the only multiverse movie available at home right now. One of the year's breakout hits, the brilliant existential blender “Everything Everywhere All at Once,” starring Michelle Yeoh, is currently available for digital rental.

— In another universe, “The Man From Toronto” would have been released in theaters by Sony Pictures. But the action comedy starring Kevin Hart and Woody Harrelson, was instead postponed during the pandemic and sold to Netflix, where it will debut Friday. Patrick Hughes, who helmed “The Hitman's Bodyguard,” directs the buddy comedy with Hart as a regular guy brought into Harrelson's hitman's life when they're mistakenly booked at the same Airbnb.

— If you haven't caught it yet, “RRR,” very possibly the movie of the summer, is streaming on Netflix where the international sensation is regularly ranking among the streamer's most-watched films. The Indian blockbuster, directed by S. S. Rajamouli, is a Telugu-language three-hour spectacle set in 1920s colonial India about a pair of revolutionaries (played by Ram Charan and N. T. Rama Rao Jr.) who team up on an outlandish rescue mission with some truly eye-popping action sequences. As viewers are learning, the giddy, extravagant heights of “RRR” wildly surpass the brio of most Hollywood fare.

— The coolest new name in rock is back when Soccer Mommy releases “Sometimes, Forever,” an album with weirdness and awesomeness and weird awesomeness. Sophie Allison, the principal songwriter, has joined forces with producer Daniel Lopatin of Oneohtrix Point Never for a breakout album, with layered textured stuff in every track. “Shotgun,” the lead single, is a propulsive, brilliant love song to a partner who only keeps cold beer and ice cream on hand. “The only things we really need,” she sings. Cheers to that.

— French Montana celebrates his sixth studio album, Montega. His first single “Alcatraz” namechecks J. Lo, Kay Flock, Joe Rogan, Dr. Dre, James Harden, Nelly, DaBaby, Steve Jobs and Yo Gotti. French Montana's last studio album, “They Got Amnesia,” peaked at No. 23 on the Billboard US Top R&B/Hip-Hop Album chart and No. 59 on the US Billboard 200 chart. French Montana will hope to better that this time, riding the new singles “Drive By” featuring Baby Face Ray, and “Blue Chills,” with the line: “The version of me in your mind is not my responsibility.”

— Country star Luke Combs will release his his new album, “Growin’ Up,” on Friday, kicked off by the regretful, mid-tempo lament “Tomorrow Me,” about a lover the next morning a tad worried about what happens tonight. Produced by Combs, Chip Matthews and Jonathan Singleton, “Growin’ Up” is Combs’ third studio album following 2019’s “What You See is What You Get” and “This One’s For You.” The new record consists of 12 songs, including Combs’ current single, “Doin’ This,” a sweet ode to musicians who don't do it for fame or fortune.

— Mark Twain, meet Jon Stewart. The former “Daily Show” host, political gadfly and activist receives the Kennedy Center Mark Twain Prize for American Humor in a special airing Tuesday on PBS. Dave Chappelle, Stephen Colbert and John Oliver are among the peers who salute him in the pre-taped ceremony, with Bruce Springsteen offering a musical tribute. There are jokes and loving barbs aplenty for Stewart, along with reflections on his contributions. Chappelle calls it “a miracle to watch you work. You are a cure for what ails this country.”

— In “Gordita Chronicles,” the pursuit of the American dream isn’t all that dreamy for a youngster uprooted from Santo Domingo by her father’s job transfer to 1980s Miami. The 10-episode, coming-of-age comedy, which debuts in full Thursday on HBO Max, stars Olivia Goncalves as Cucu “Gordita” Castelli, with Juan Javier Cardenas and Diana Maria Riva as her parents and Savannah Nicole Ruiz as her status-conscious big sis. Eva Longoria directed the pilot episode and is an executive producer for the series.

— The so-called awards season is endless, as the Daytime Emmys and BET honors are here to attest. Nominees for the Daytime Emmy Awards, airing Friday on CBS, include dramas “The Bold and the Beautiful” and “Days of Our Lives.” The ceremony’s hosts are Kevin Frazier and Nischelle Turner of “Entertainment Tonight,” with Tamron Hall, Natalie Morales and Jerry O’Connell among the presenters. The top nominees for the BET Awards 2022 (Sunday, June 26) include Doja Cat, Ari Lennox and Drake. Taraji P. Henson will host the ceremony honoring Black achievement in music, TV, film and sports, with Sean “Diddy” Combs to receive a lifetime achievement award.