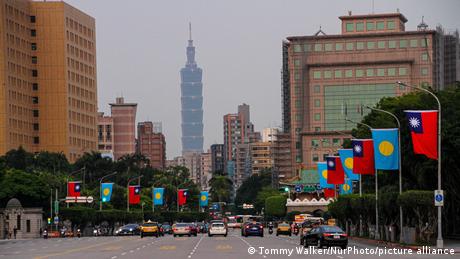 A magnitude 6.0 earthquake struck Taiwan on Monday morning. There were no immediate reports of damage or injuries.

The quake had an estimated depth of 10 kilometers (6.2 miles), according to the US Geological Survey. It struck 38 kilometers south of Hualien city in Taiwan's east at 9:05 a.m. local time (0105 GMT).

A second smaller tremor hit about half an hour later, according to Taiwan's Central Weather Bureau.

No tsunami warnings were issued.

Taiwan is regularly hit by earthquakesas the island lies near the junction of two tectonic plates.