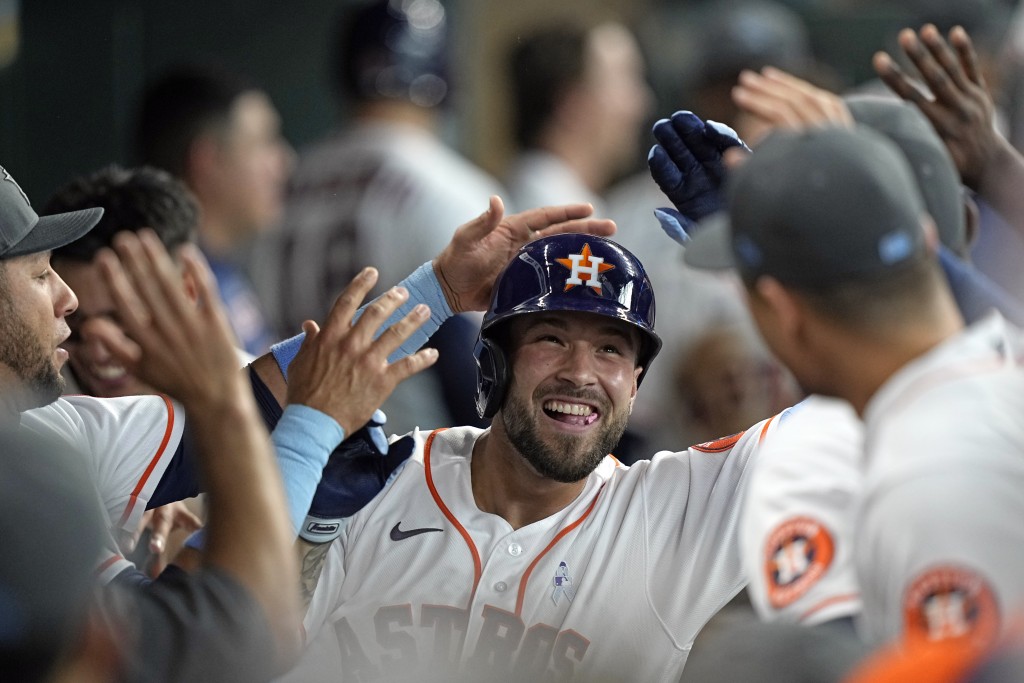 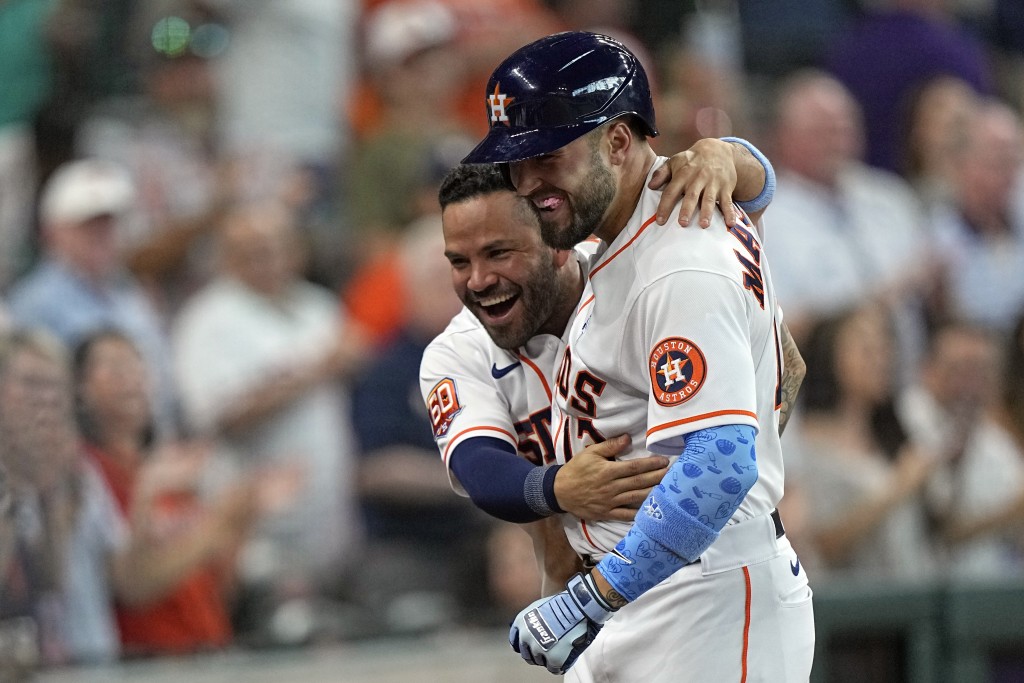 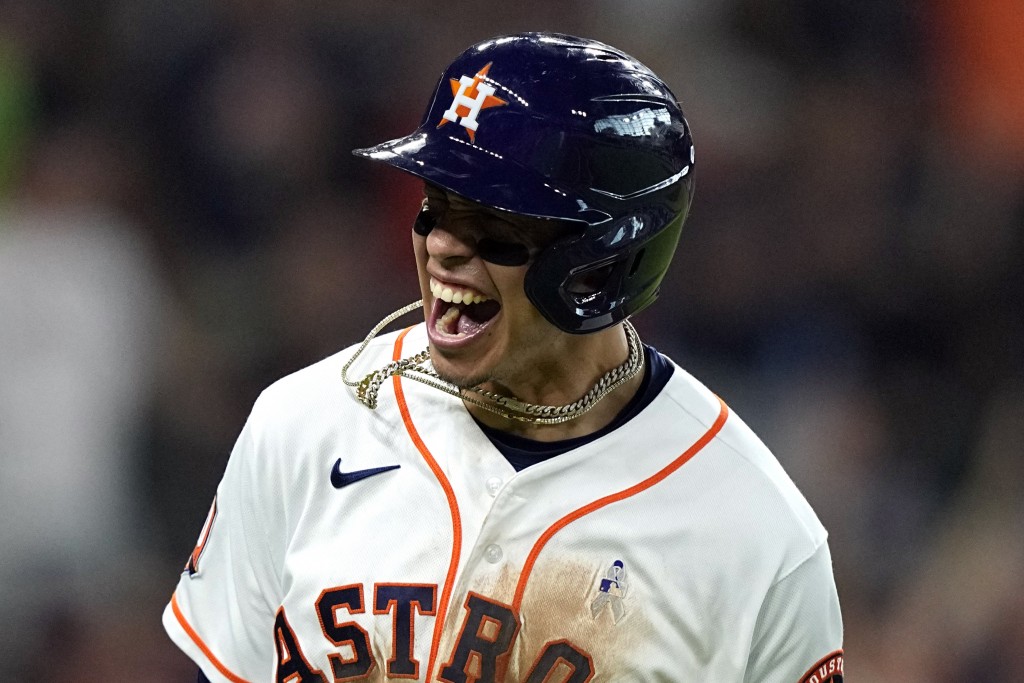 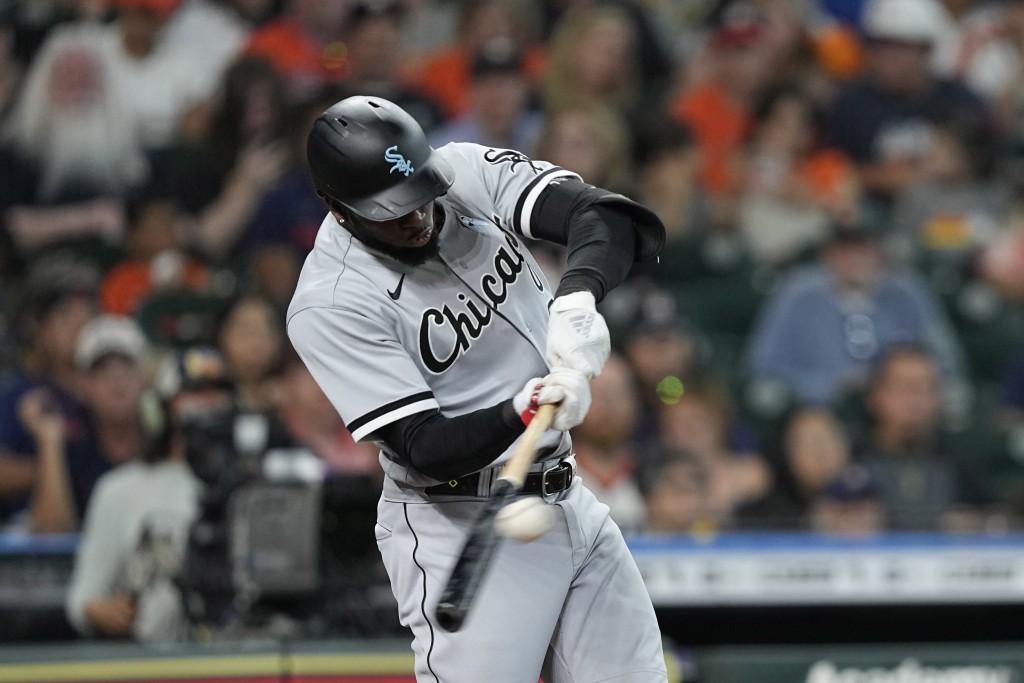 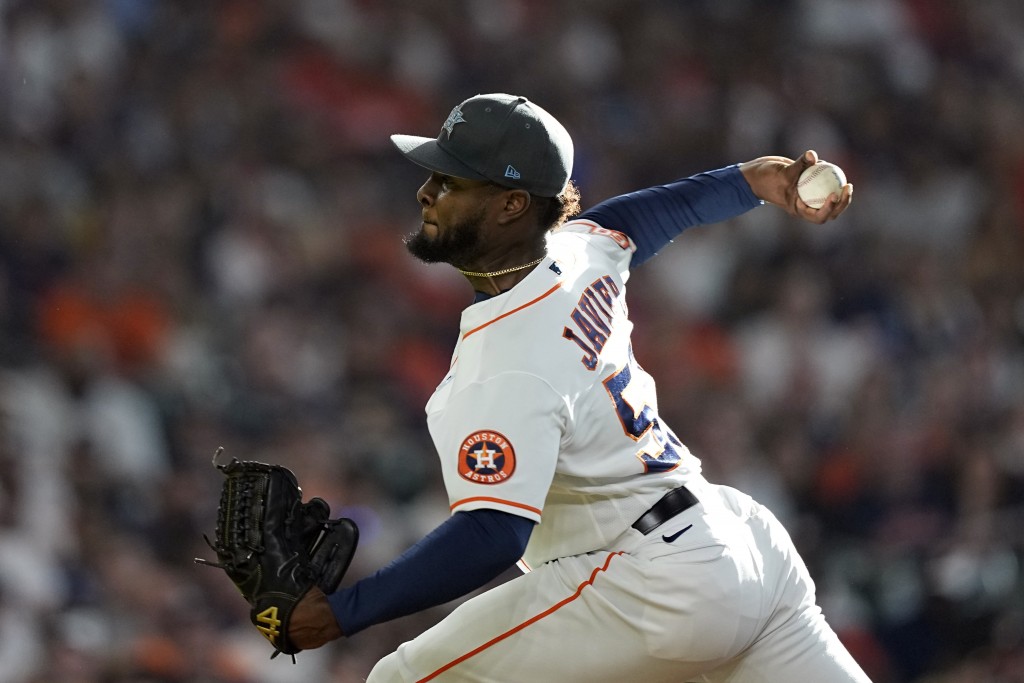 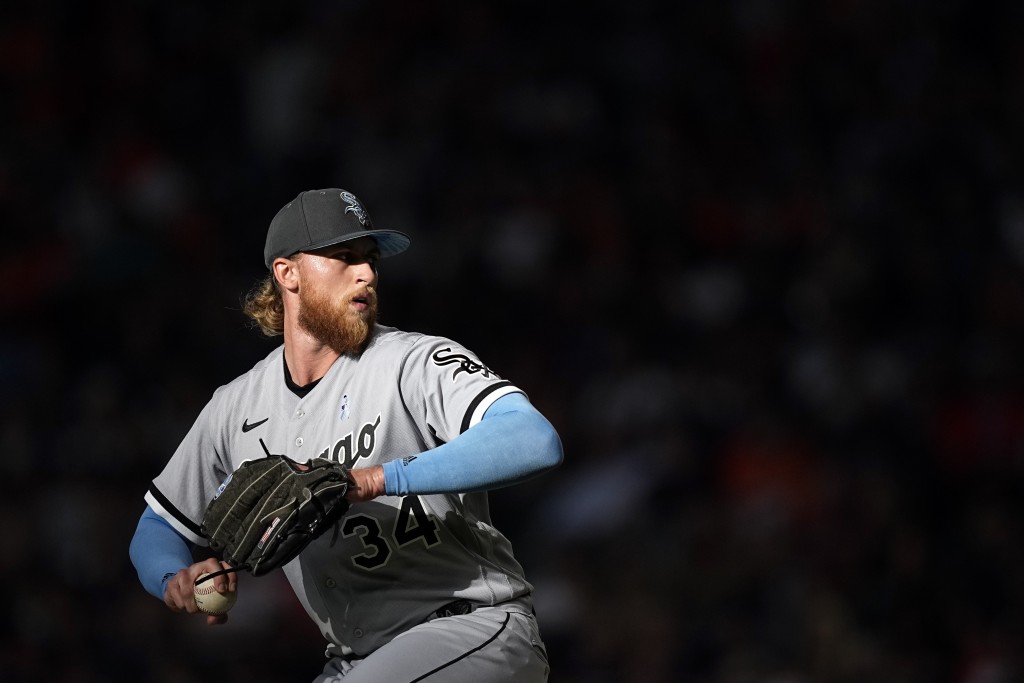 HOUSTON (AP) — Rookie J.J. Matijevic homered for his first major league hit and Mauricio Dubón added a two-run shot to power the Houston Astros to a 4-3 win over the Chicago White Sox on Sunday night.

The Astros bounced back from a 7-0 shutout Saturday to get a 2-1 series win. The victory breaks a tie between Houston manager Dusty Baker and Chicago manager Tony La Russa, giving the 73-year-old Baker a 106-105 edge against the 77-year-old La Russa in regular-season matchups dating to 1996.

Houston led by three runs when Luis Robert opened the eighth with a broken-bat single. There was one out in the inning when Robert scored on a triple by AJ Pollock. He scored on a groundout by Jake Burger to cut the lead to 4-3, but Héctor Neris struck out Reese McGuire to limit the damage.

Ryan Pressly walked the leadoff batter in the ninth before retiring the next three to get his 13th save.

Matijevic made it 2-0 when he sent a fastball from Michael Kopech (2-3) into the seats in left field for an opposite-field homer with two outs in the fourth inning.

“That was real cool," Baker said of Matijevic homering for his first hit.

The 26-year-old, who was playing in his sixth major league game, blew bubbles as he rounded the bases and got a big hug from a delighted José Altuve as he approached the dugout.

“When I was rounding the bases I just took it all in," Matijevic said. “I wasn’t really thinking anything, but I looked up and I saw all the fans and stuff and I really took it in and it was a special moment."

A 16-year-old boy caught Matijevic's home run ball, and ESPN said he exchanged it for a package that included six tickets, six batting practice passes, a ball signed by Altuve and a jersey signed by Justin Verlander.

“I was planning on giving the kid a signed bat because that’s all that I would have wanted," Matijevic said. “But man, he’s the best negotiator I've ever seen."

Danny Mendick walked with one out in the fifth and scored on a two-out double by Robert that cut the lead to 2-1.

Jason Castro singled with no outs in the bottom of the inning. Dubón then connected on his third homer this season to make it 4-1.

Kopech yielded a season-high seven hits with four runs and four strikeouts in five innings in his return after leaving his last start last Sunday in the first inning with discomfort in his right knee. It was the second time this season he'd allowed two homers in a game.

Houston starter Cristian Javier (4-3) allowed five hits and one run while tying a season-high with four walks in five innings to get his first win since May 25.

“I think it went well," he said in Spanish through a translator. “I was just trying to stay more focused than I have in the past and I was able to accomplish that and stay in the game.”

The Astros led 1-0 early after an RBI single by Kyle Tucker with one out in the first. Kopech struck out Matijevic to end the inning. Houston hitting coach Alex Cintron was yelling at home plate umpire Cory Blaser about the strike zone after that and was ejected between innings.

The White Sox had runners at second and third with one out in the second after a double by McGuire. But Javier retired Josh Harrison and Adam Haseley to escape the jam.

The Astros were without designated hitter Yordan Alvarez on Sunday after he injured his hand on his last at-bat Saturday. Baker said they don’t believe that Alvarez’s injury is serious, and he’s listed as day to day

White Sox: 3B Yoán Moncada was out of the lineup for a second straight game after leaving in the third inning Friday night with tightness in his left hamstring. La Russa said Moncada would be re-evaluated Monday and that they hope he can avoid a trip to the injured list. ... La Russa said SS Tim Anderson (groin), who was injured May 29, will be activated Monday. ... RHP Matt Foster was placed on the bereavement list before Sunday’s game and Haseley was recalled from Triple-A Charlotte to take his spot on the roster.

Astros: SS Aledmys Díaz was out Sunday after leaving Saturday’s game with discomfort in his left shoulder.

Astros: Houston is off Monday before opening a two-game interleague series with the New York Mets on Tuesday night.