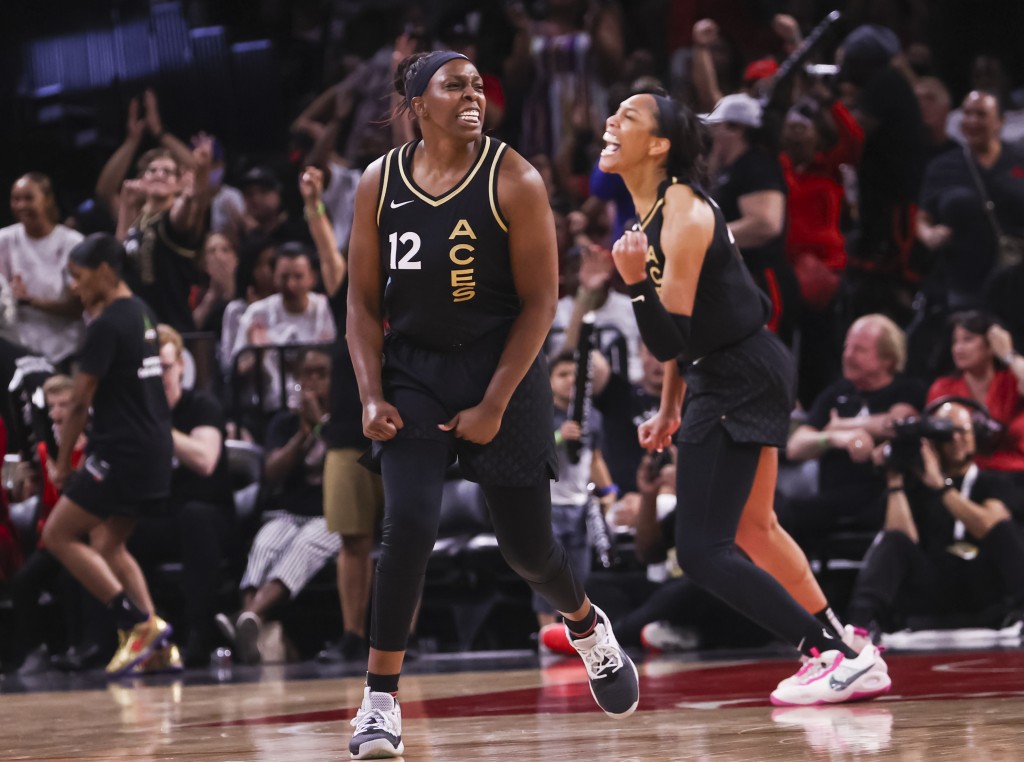 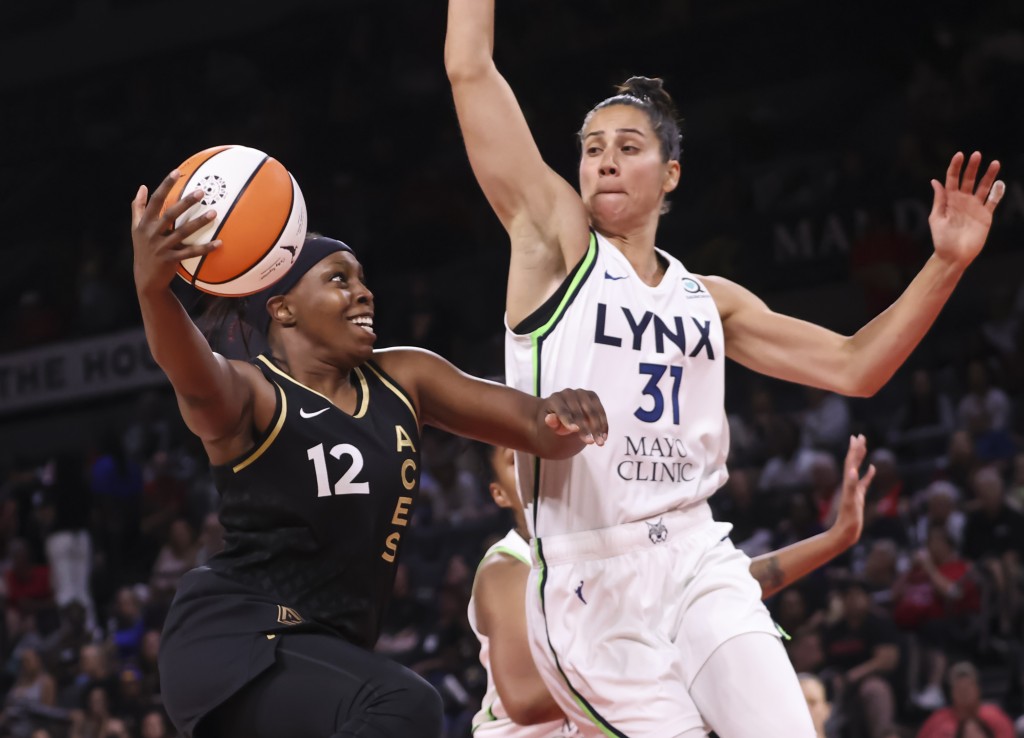 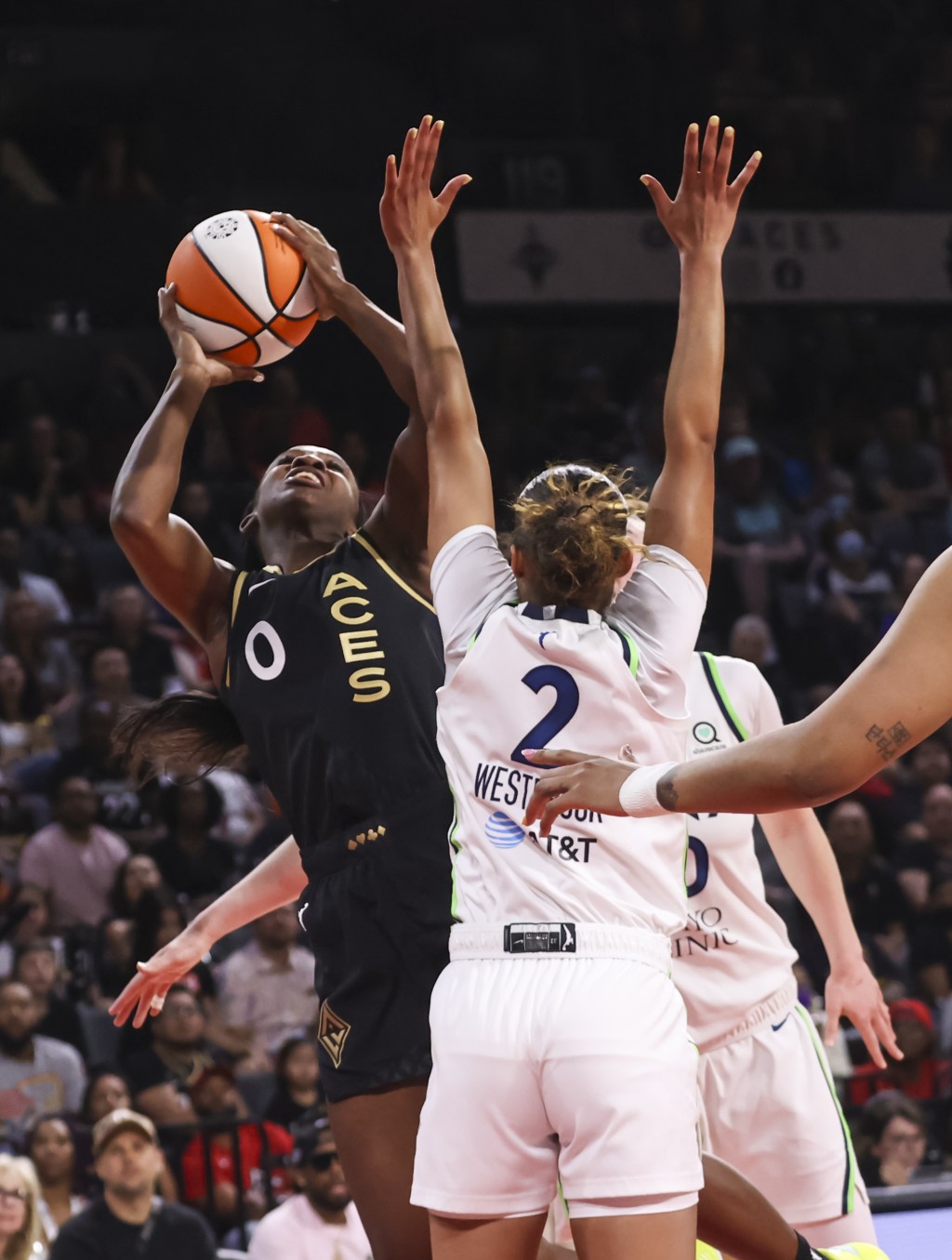 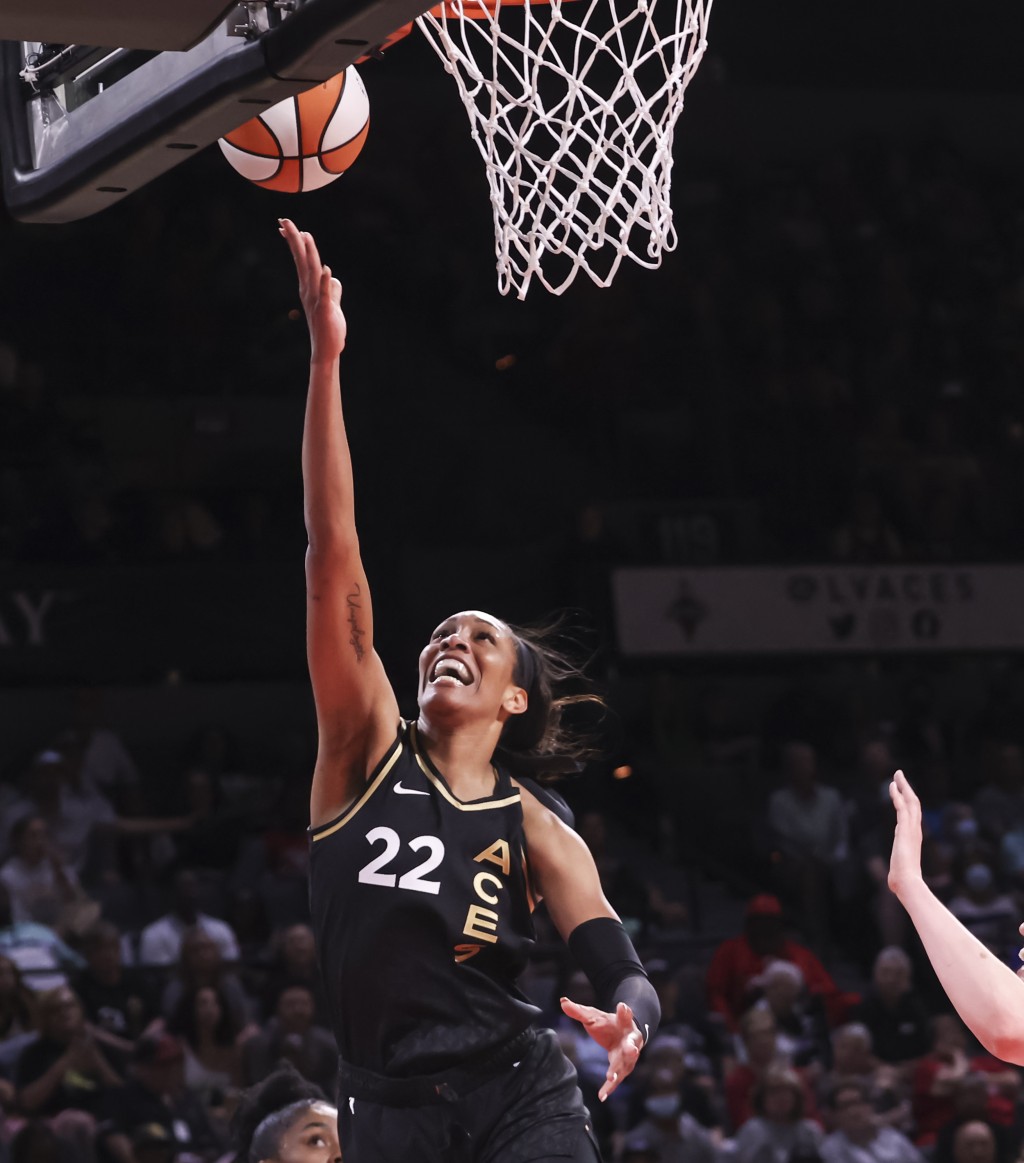 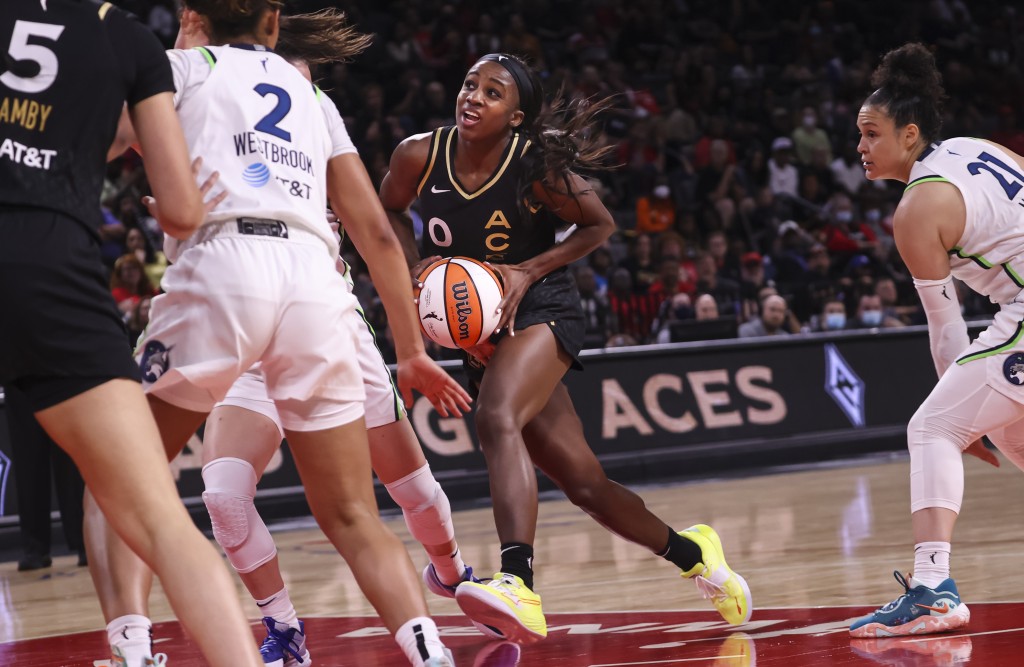 LAS VEGAS (AP) — A'ja Wilson scored 25 points, Dearica Hamby added 16 — including a 3-pointer in the closing seconds — and the Las Vegas Aces rallied from a 14-point deficit to beat the Minnesota Lynx 96-95 Sunday.

Kayla McBride hit a 3-pointer and Jessica Shepard scored four point in a 7-2 spurt that trimmed Minnesota's deficit to 93-91 with 1:38 to play. Neither team scored again until Chelsea Gray shook a reaching McBride with a behind-the-back move to get into the lane and kicked it out to a wide-open Hamby for a 3-pointer from the left corner to give Las Vegas a five-point advantage with 15.5 seconds left.

Shepard made a layup about 10 seconds later and, after a turnover by Gray on the inbounds pass, Shepard inexplicably drove for layup with 0.4 seconds left to make it 96-95.

Shepard had a career-high 22 points on 9-of-10 shooting, a career-best 18 rebounds and six assists in 28 minutes off the bench. In her fourth WNBA season out of Notre Dame, Shepard has each of her four career double-doubles this season.

Moriah Jefferson had 21 points and seven assists, Aerial Powers added 15 points and McBride scored 11 for Minnesota. The Lynx (3-13) have lost five games in a row and seven of their last eight.

Kelsey Plum, who scored five points on 2-of-9 shooting in the first half, finished with 21 points and six assists for the Aces (13-2), who have won four games in a row and 11 of their last 12. Gray had 16 points and nine assists and Jackie Young scored 13 points.

Minnesota's Sylvia Fowles missed her fourth consecutive game due to a knee injury and her backup, Natalie Achonwa, has been limited to two games this season because of a hamstring injury.

Nikolina Milic hit a 3-pointer to open the scoring in the third quarter that gave Minnesota its largest lead of the game a 54-39.