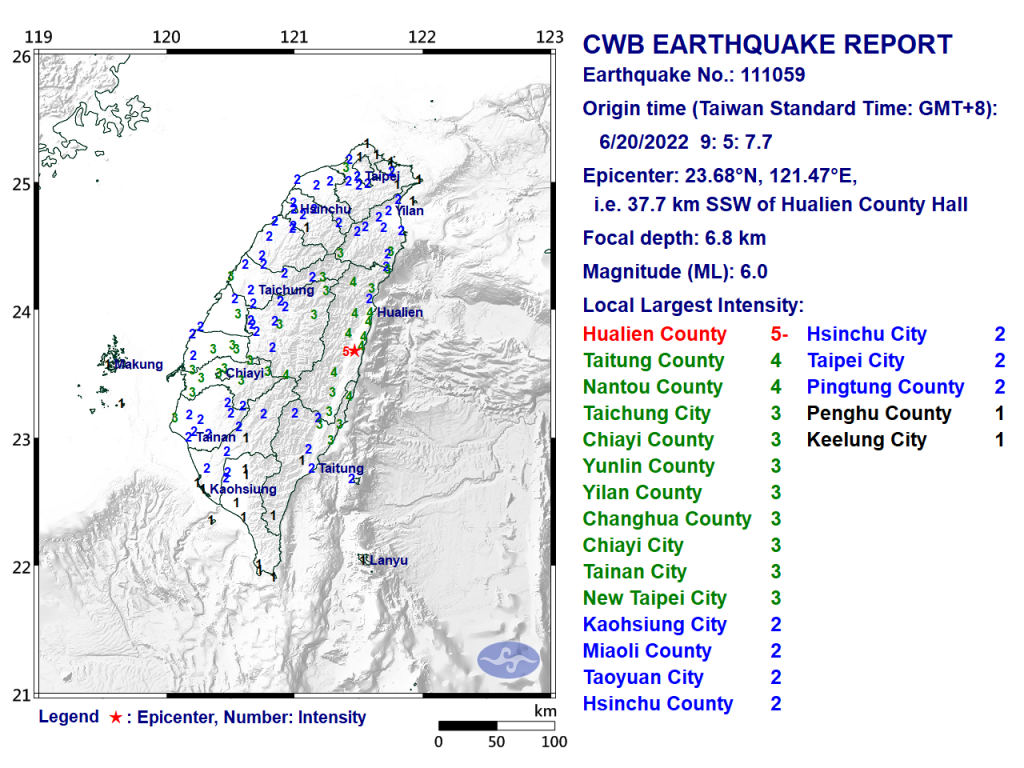 The epicenter of the temblor was 37.7 kilometers south-southwest of Hualien County Hall, with a focal depth of 6.8 km. Taiwan uses an intensity scale of one to seven, which gauges the degree to which a quake is felt at a specific location.

The earthquake’s intensity registered as a 5 in Hualien County and a 4 in Taitung County and Nantou County. An intensity level of 3 was recorded in Taichung City, Chiayi County, Yunlin County, Yilan County, Changhua County, Chiayi City, Tainan City, and New Taipei City. 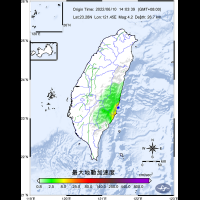