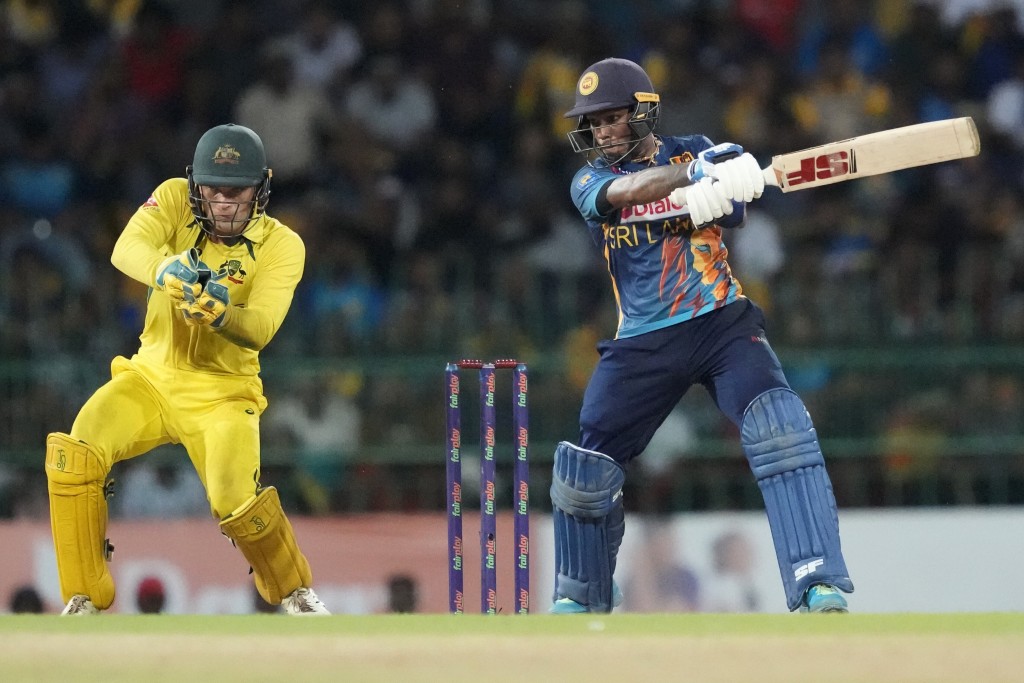 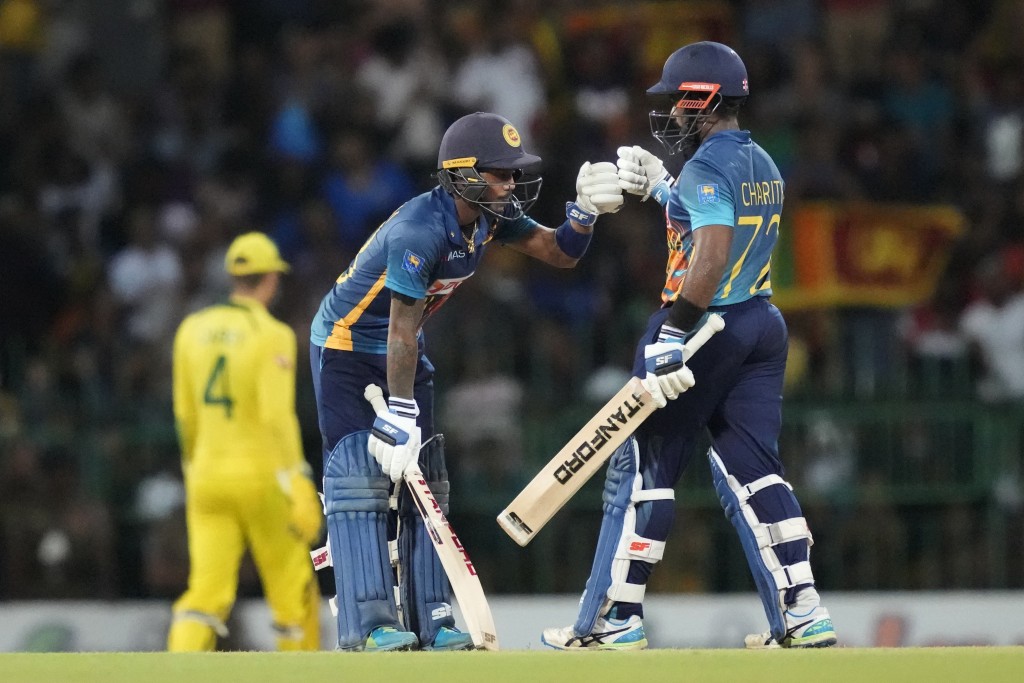 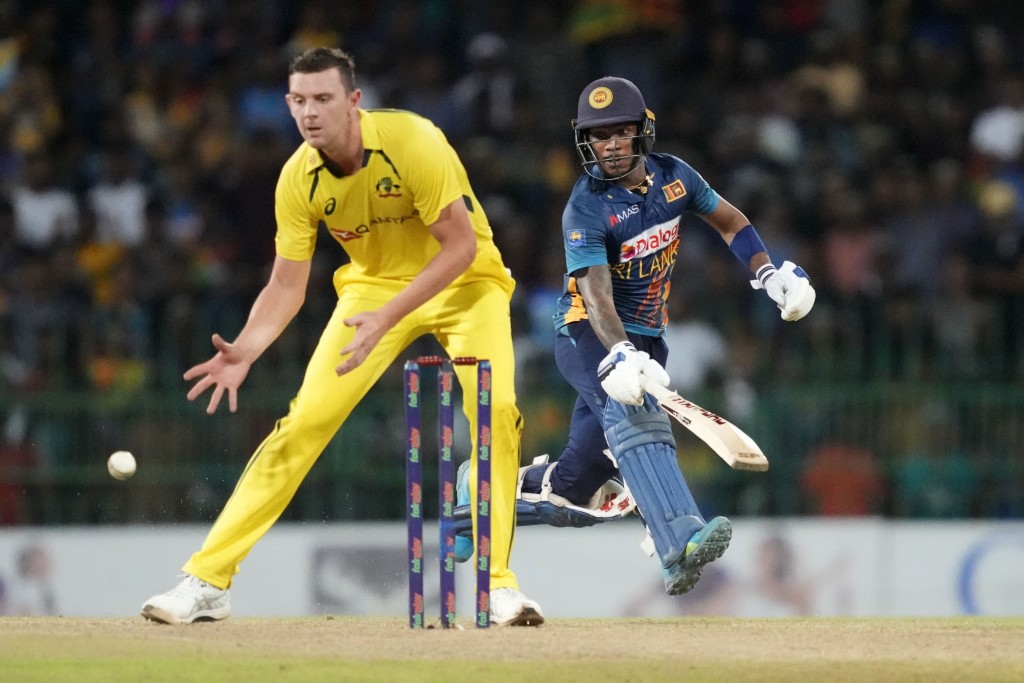 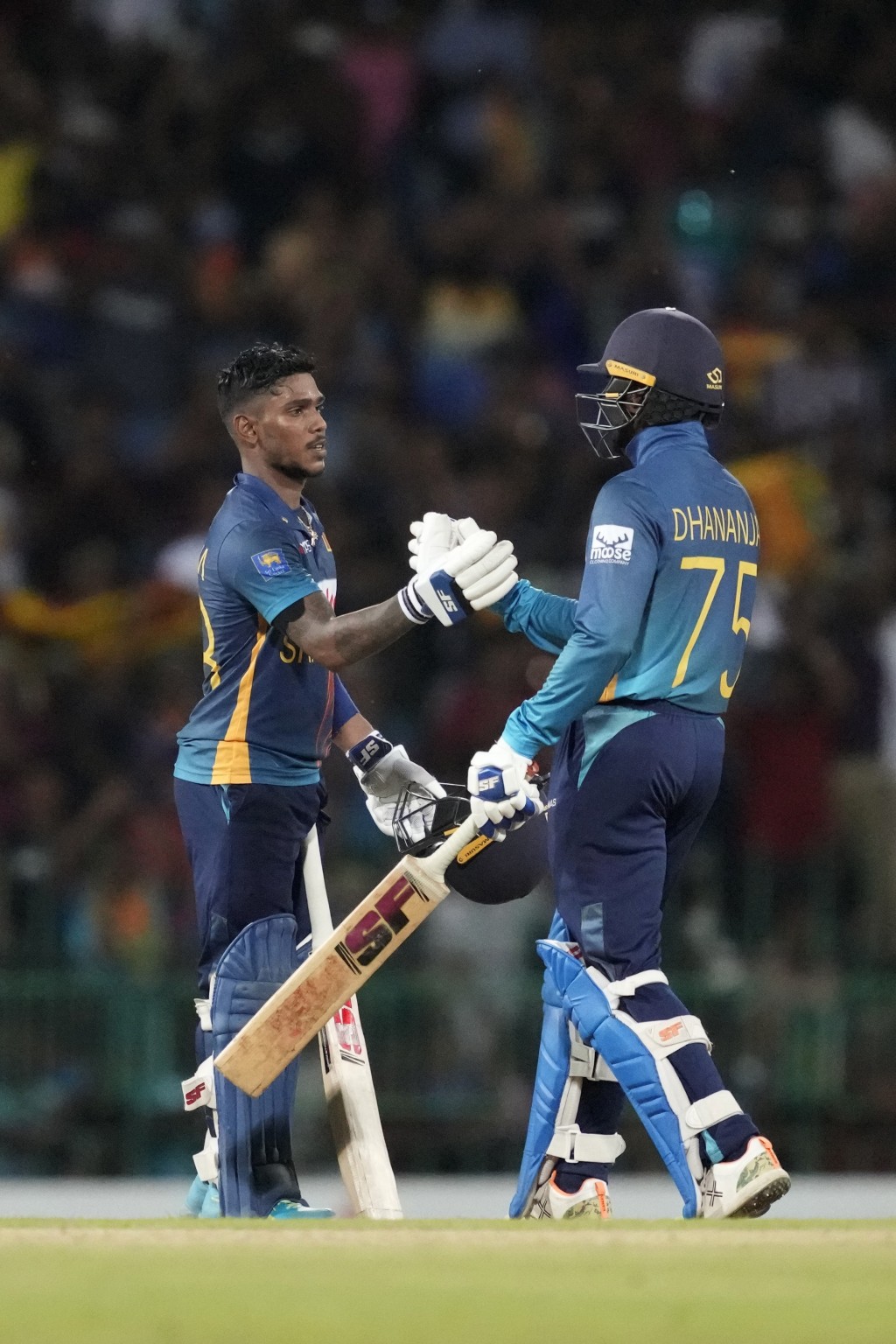 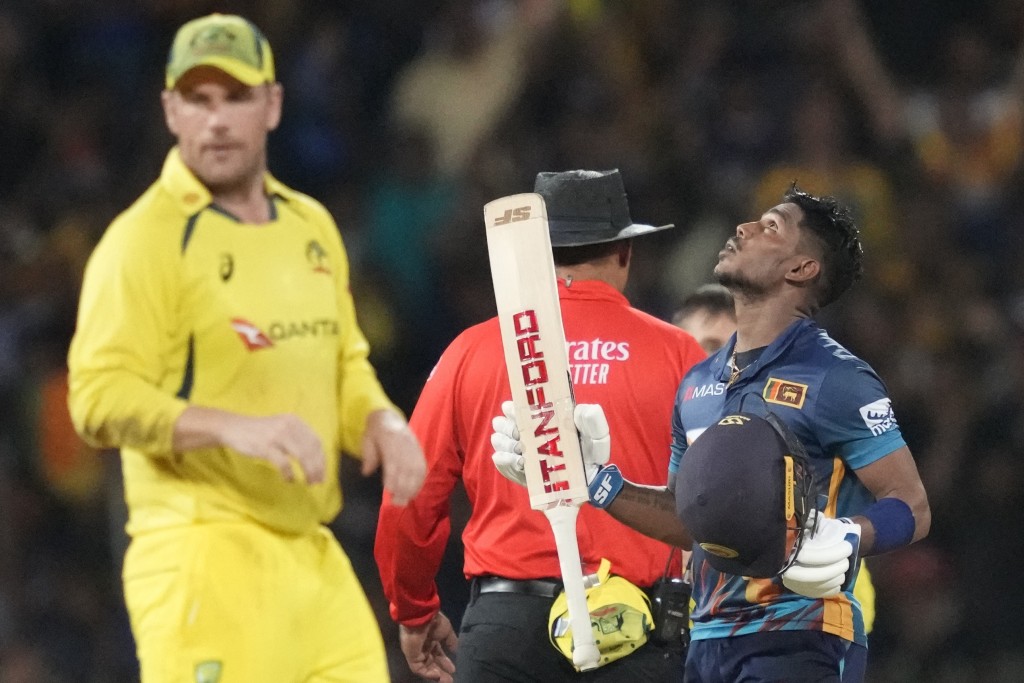 Sri Lanka reached their daunting target of 292 to win Sunday with six wickets and nine balls to spare.

Nissanka shared a 170-run stand for the second wicket with Kusal Mendis (87) before Mendis had to retire with a hamstring injury.

“We knew it was going to be a difficult chase and we needed to keep wickets in hand,” Nissanka said. “That big partnership with Kusal was crucial.”

Mendis played spin expertly with clever use of his feet and bisected the field brilliantly. He posted his half-century in just 39 deliveries, reaching the milestone by pulling Josh Hazlewood for four.

Mendis had raced to 87 off 85 balls with seven fours when he had to be carried off the field.

Nissanka also was limping while running between the wickets, but there was no stopping him as he posted his career-best score before going on to complete his first hundred. His 137 came off 147 deliveries and included 11 boundaries and two sixes.

Nissanka was playing the anchor role and needed 63 deliveries for his half-century. He reached his hundred in 123 balls before upping the tempo with some elegant strokes. By the time he was dismissed, the job was almost done as Sri Lanka just needed eight runs.

It was only the second hundred by a Sri Lankan in an ODI this year.

Earlier, Travis Head posted 70 not out off 65 deliveries, including three fours and three sixes. Australia scored 34 runs in the last two overs, including three sixes off Dunith Wellalage’s penultimate over. Head, who batted at No. 6, added 72 runs with Alex Carey (49) for the fifth wicket.

"Credit to Sri Lanka for the way they batted," Australian skipper Aaron Finch said. “I thought the wicket got better under lights.”

Australia made three changes to the side that lost the second ODI at Pallekele, with its injury toll worsening when former skipper Steve Smith was ruled out with a left quadriceps injury.

Mitchell Marsh was declared fit, and Australia also brought in Jhye Richardson and Cameron Green in place of Pat Cummins and Mitchell Swepson.