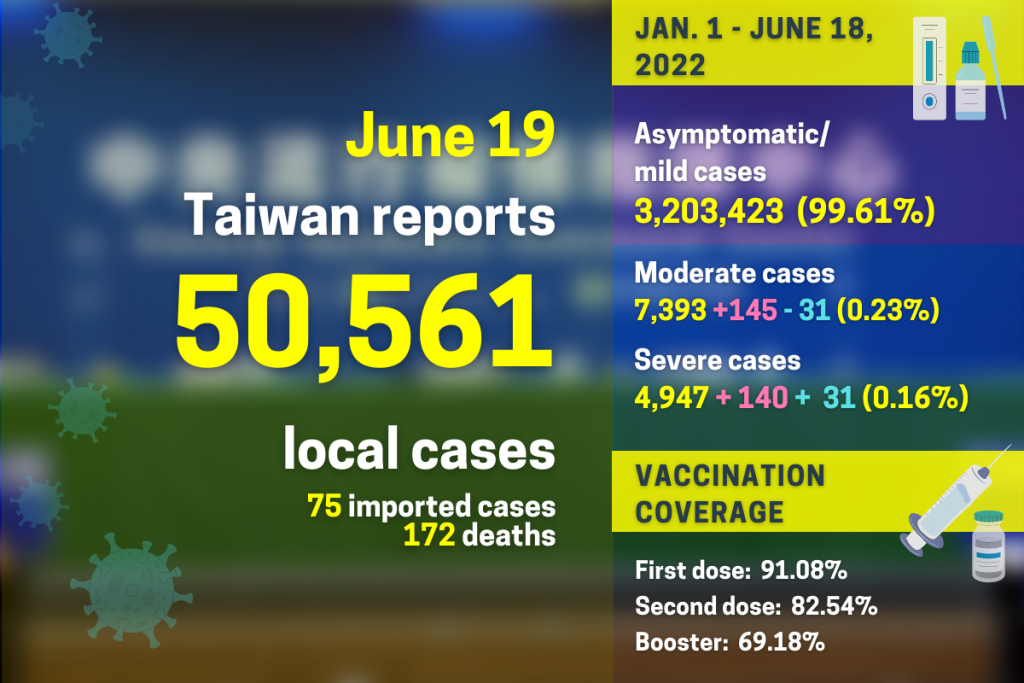 The local cases included 23,669 males and 26,873 females between under five and 100 years of age. The genders of 19 local cases are still under investigation. Among the local cases, a total of 285 were moderate and severe cases.

Among the reported deaths, 107 were male and 65 were female. They ranged in age between under five and 100, and all of them were severe COVID-19 cases. Among them, 166 had a history of chronic illness, and 100 had not taken a third COVID-19 vaccine dose. They were confirmed to have contracted COVID between May 10 and Thursday (June 16) and died between May 13 and June 16.

The imported cases included 42 males and 33 females, with a range in age between under five and 80. They arrived between May 27 and Saturday (June 18), with seven having arrived from the U.S., two from Vietnam, and one each from Singapore, the United Arab Emirates, France, Thailand, Spain, and Germany. The origins of the other 60 imported cases are still under investigation.