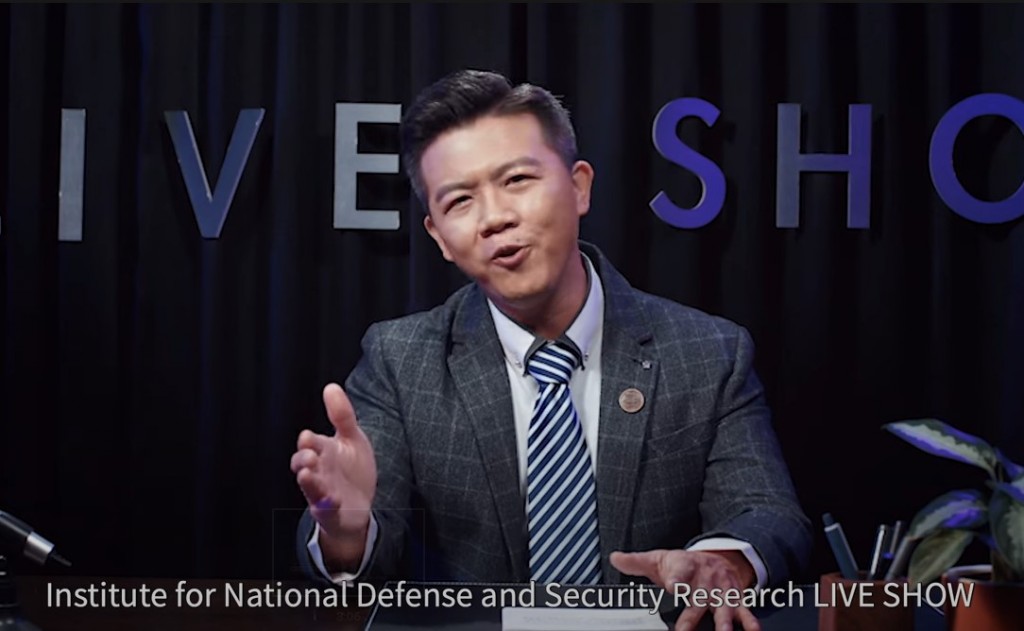 TAIPEI (Taiwan News) — In collaboration with comedian Huang Yi-hao (黃逸豪), the Institute for National Defense and Security Research (INDSR) has presented a “talk show” that seeks to familiarize the public with its work.

Screened Tuesday (June 14) on the INDSR’s YouTube channel, the video introduces INDSR, the Ministry of National Defense’s think tank, through a talk show, providing a humorous take on the everyday workings of the institution.

“National defense and security are about being serious and protecting the country, while talk shows are about being funny and making jokes. How can fun and seriousness be combined?” wrote the INDSR in a Facebook post introducing the video.

As the talk show host, Huang also interviews INDSR Chair Huoh Shoou-yeh (霍守業), a four-star general and a strategic advisor to the Office of the President, who served as a vice defense minister and commander of the Army Command Headquarters.