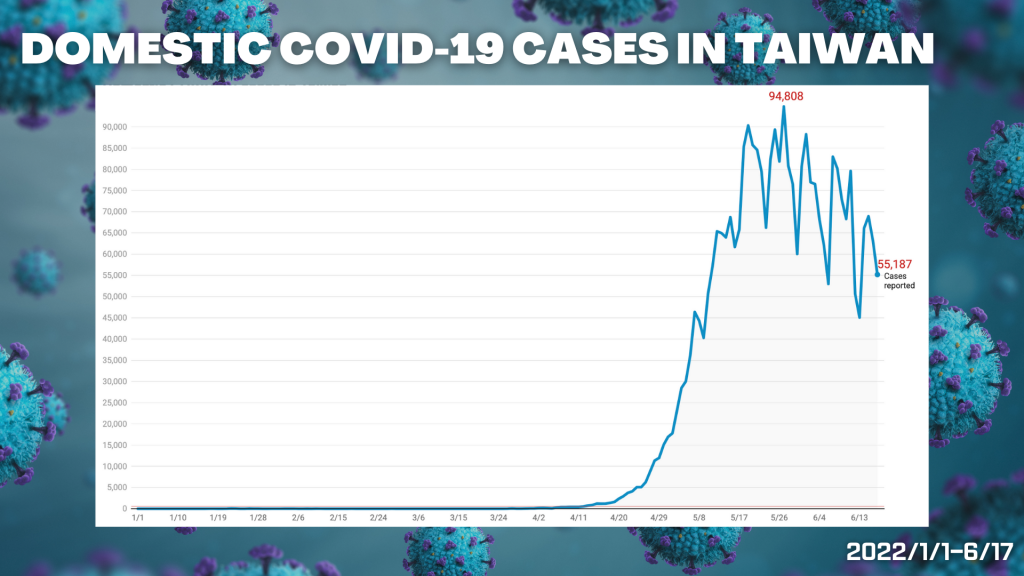 During a press conference on Thursday (June 16), a member of the media asked whether a prediction by CECC Advisory Committee on Immunization Practices (ACIP) convener Lee Ping-ing (李秉穎) that local cases would drop to less than 10,000 cases in July was still consistent with CECC estimates. Philip Lo (羅一鈞), deputy head of the CECC's medical response division, replied that over the past three days there have been around 60,000 cases nationwide, while last week saw an average daily case count of over 80,000, demonstrating a clear downward trend.

Lo predicted that by next week, there should be an "obvious decline" in the number of cases across the country. However, as to whether cases will drop to 10,000 by July, Lo said it will depend on whether the public continues to observe epidemic prevention measures or if there is an increase in the movement of large crowds, possibly leading to cluster infections.

He observed that no counties or cities had more than 9,000 cases on Friday. Lo said that cases in Taiwan's six special municipalities dropped by more than 10% from the previous day, indicating an "obvious downward trend," and he predicted that by next week, daily cases across the country would drop to 50,000 or less.

Taiwan's daily cases peaked at 94,808 on May 27 and have shown a steady decline since. After reaching that apex, daily cases have fluctuated, but each high point has been steadily lower than the last, while each trough is progressively lower.