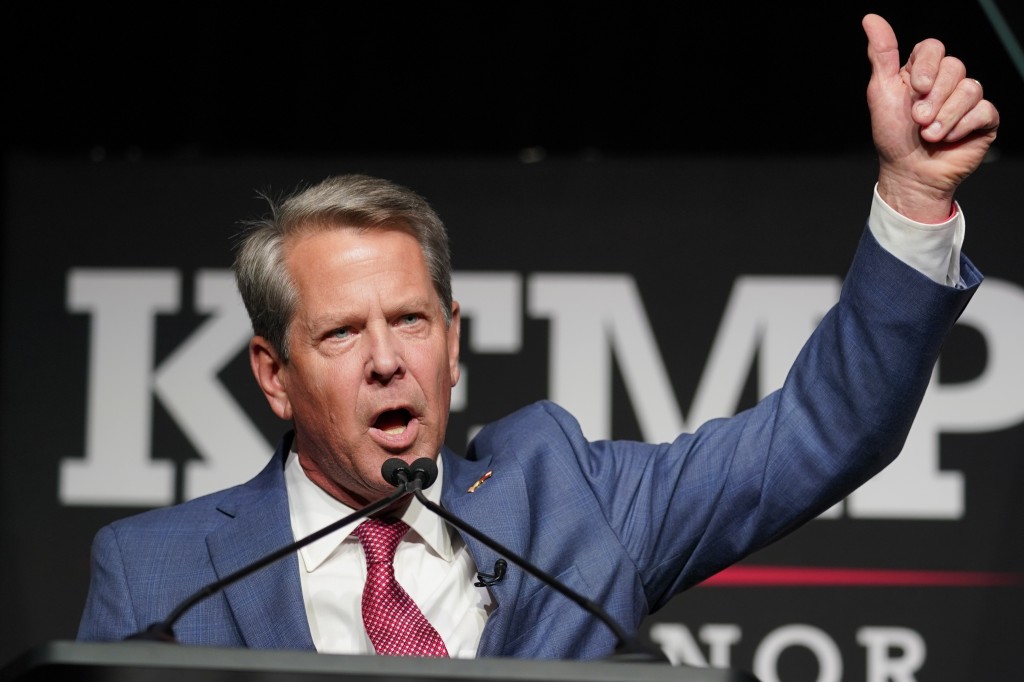 ATLANTA (AP) — Gov. Brian Kemp on Thursday endorsed Mike Collins in Georgia's 10th Congressional District runoff, a move that once again puts him at odds with former President Donald Trump while helping him settle the score against a former opponent.

Kemp is the latest member of the Republican establishment to back Collins, a trucking company owner and son of the late congressman Mac Collins. Collins is running against Vernon Jones, a former primary foe of Kemp's who has received Trump's backing. In Georgia's Republican primary last month, Kemp soundly defeated another Trump-supported candidate: former U.S. Sen. David Perdue.

Jones, a longtime Democrat who began backing Trump and switched parties when he left the state House in 2021, abandoned a Republican bid against Kemp to clear the field for Perdue at Trump's behest. In exchange, Trump endorsed Jones in the 10th District, which covers 18 counties east of Atlanta, including Athens.

Collins won 26% of the vote on May 24 and Jones won 22%. Because no one won a majority, state law required a runoff.

The winner of Tuesday's contest will advance to the November general election against the Democratic nominee, also to be decided in a runoff Tuesday between Tabitha Johnson-Green and Jessica Fore.

The Jones-Collins winner will be the heavy favorite in this district, which legislators drew to elect a Republican. The seat is open after former U.S. Rep. Jody Hice stepped down in an unsuccessful Trump-backed bid for Georgia secretary of state. Both Jones and Collins have pledged allegiance to Trump, who remains popular among GOP voters.

Kemp, who lives in the 10th District, said he would vote for Collins and called on Republicans “to join me in sending a trusted conservative to Washington.”

His message echoed themes underscored by Collins, who asserted during his campaign that Jones can't be trusted because of his long history as a Democrat. Collins also cited numerous allegations that were made against Jones when he was DeKalb County's elected CEO, including that he handed out construction projects and had an expensive security detail. In addition, a woman claimed Jones raped her in late 2004. She dropped the charges, but never recanted. Jones said the sexual encounter was consensual.

Other officials who have endorsed Collins include 11 county sheriffs and 17 state lawmaker, although Jones got the nod from the National Rifle Association. Jones said Kemp’s endorsement was further proof that he’s not the favorite of establishment Republicans.