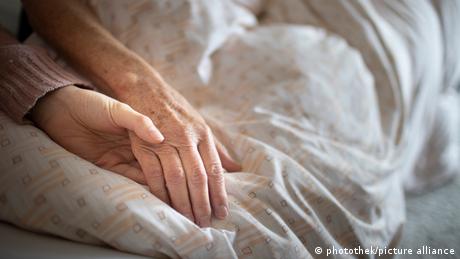 A 44-year-old man died by medically assisted suicide in Italy on Thursday, in the first case of its kind in the country.

While it is technically against the law to help someone take their own life in Italy, the country's Constitutional Court ruled in 2019 that there could be certain exceptions — albeit under strict conditions.

The man, identified after his death as Federico Carboni, passed away on Thursday after self-administering a lethal drug cocktail through a special machine.

His family and friends were with him when he passed.

Carboni's death was announced by the Luca Coscioni Association, a euthanasia campaign group which helped him push for his case with courts and health authorities.

The 44-year-old former truck driver, became paralyzed from the neck down 10 years ago following a traffic accident.

"I don't deny that I regret saying goodbye to life," he was quoted as saying prior to his death by the Luca Coscioni Association.

"I did everything I could to live as best as I could and try to make the most of my disability, but I am now at the end of my tether, both mentally and physically," Carboni said.

As a tetraplegic, he required 24-hour care, leaving him reliant on others and with no independence, he said — making him feel like a "boat drifting on the ocean."

"Now I am finally free to fly wherever I want," he said.

In 2019, Italy's Supreme Court opened the path for assisted suicide in some cases. The issue had faced fierce opposition from the Roman Catholic Church and conservative parties.

The court outlined certain requirements that must be met in order to be considered for assisted suicide. For example, it must be clear that a patient cannot be cured, is dependent on life-sustaining means and that the patient is experiencing physically and mentally "intolerable" pain.

A patient must also be fully capable of making their own decisions and understanding the consequences.

Carboni received permission from an ethics committee last November, after overcoming initial refusal from health authorities and taking his case to court. He was the first person in the country to get legal approval.

He then had to raise €5,000 ($5,200) to cover the medication and special equipment needed to end his life. The Luca Coscioni Association launched a crowdfunding effort to raise money.

"We will continue to fight so that similar obstructionism and violations of the will of the sick are not repeated," the association said in a statement.

Assisted suicide has been permitted in Switzerland for decades. The practice is also legal in several other countries, including the Netherlands, Luxembourg, Spain and Belgium.