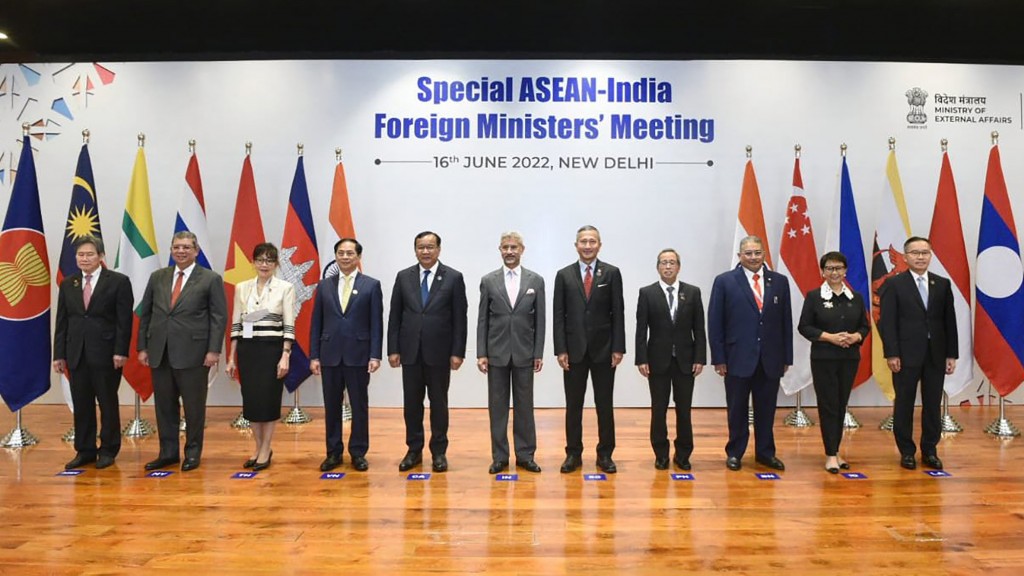 NEW DELHI (AP) — A special meeting of foreign ministers from India and Southeast Asian countries opened Thursday with co-chairs India and Singapore calling for a strengthening of ties amid Russia’s war in Ukraine and a heightened rivalry between the United States and China that threaten peace and stability in the region.

Indian External Affairs Minister S. Jaishankar said India and the Association of Southeast Asian Nations face geopolitical headwinds from the war in Ukraine and its impact on food and energy security, prices and supply chains.

"India fully supports a strong, unified, prosperous ASEAN whose centrality in the Indo-Pacific is fully recognized," he said.

Balakrishnan added that the rivalry between the U.S. and China has direct implications for all of Asia.

"These developments, if unchecked, can threaten the sole system of peace and stability which we have depended on for the basis of our growth and development and prosperity over many decades,” he said.

Jaishankar emphasized the need for strengthening land and sea connectivity among ASEAN member states. An upgrade of the India-Myanmar-Thailand highway is part of the ASEAN-India Connectivity initiative.

The two-day meeting in New Delhi marks the 30th anniversary of the establishment of formal “dialogue partner” relations between India and ASEAN.

It did not explain why there was no representative from Myanmar, which also belongs to ASEAN. Ministry spokesperson Arindam Bagchi said last week that India had invited Myanmar to the meeting.

Representatives of Myanmar's military-installed government have been excluded from recent ASEAN meetings because of disagreements over their lack of cooperation in implementing measures agreed upon by the 10-member group last year to help ease the country’s violent political crisis.

Trade between India and the ASEAN region surpassed $78 billion in 2021.