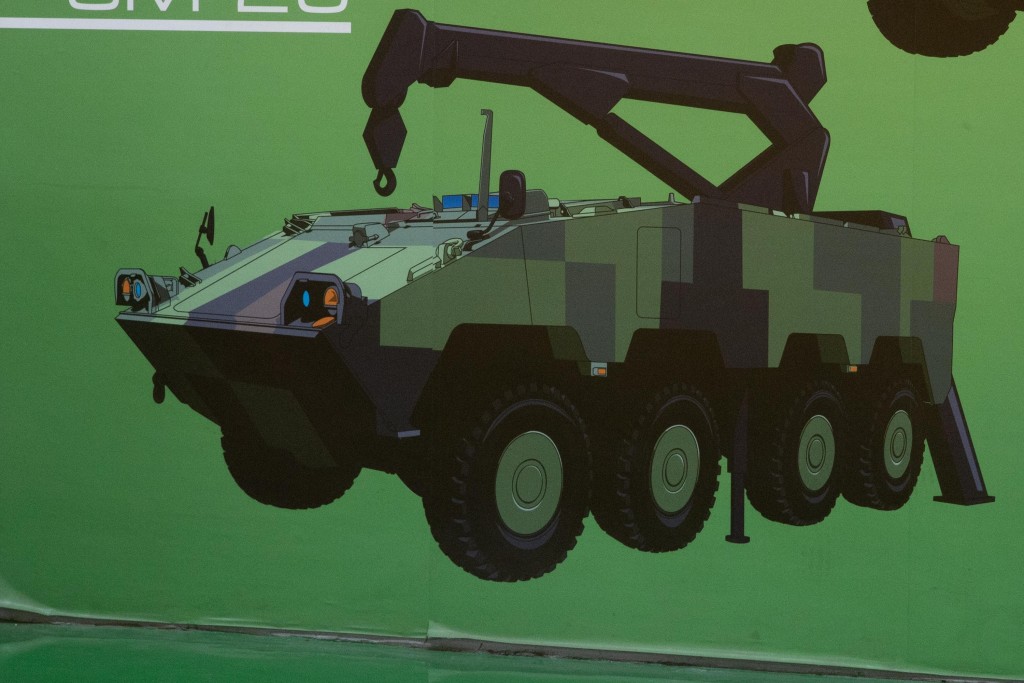 Images of the two designs were unveiled during a media tour of a military factory in Jiji, Nantou County, where the armored vehicles are made, CNA reported. Reporters saw how the vehicles are assembled and tested, while drawings of future versions also emerged.

Since the recently produced CM-34 “Clouded Leopards” all functioned well, there was no urgent need to fit them with a crane for rescue missions, military sources told CNA. If the Ministry of National Defense tabled a request for any of the vehicles, the manufacturing team at the Armament Bureau would continue with the necessary research and development before launching tests.