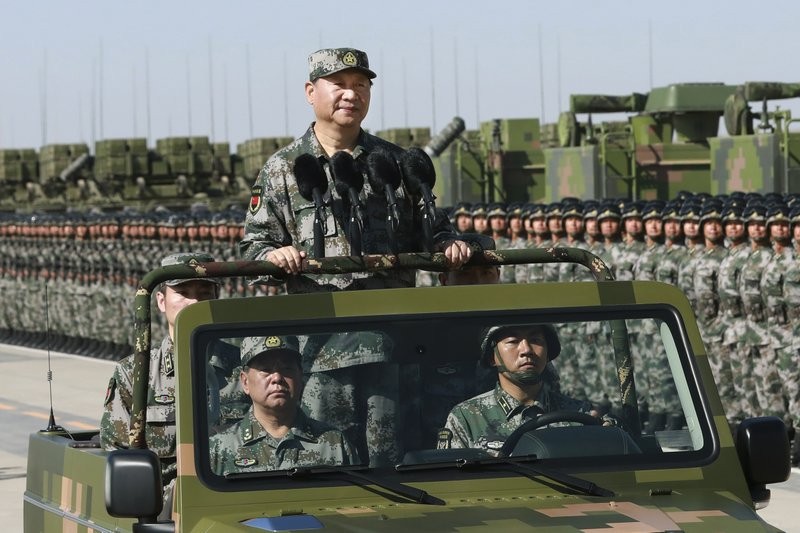 TAIPEI (Taiwan News) — Chinese leader Xi Jinping (習近平) has signed an order on "military operations other than war" that took effect on Wednesday (June 15) with some experts suggesting that it could encompass the use of force against Taiwan.

On Monday (June 13), China's state-run media outlet, Xinhua, published a brief report announcing that as chairman of the Central Military Commission, Xi has signed an order that puts forth a "set of trial outlines on military operations other than war." According to the report, the guidelines are meant to "protect people's lives and property, safeguard national sovereignty, security and development interests, and safeguard world peace and regional stability."

The report said the outlines comprise 59 articles in six chapters and will serve as the legal basis for "military operations other than war." Without listing these directives, Xinhua announced that they are to take effect on June 15.

Also on Monday, China's state-run mouthpiece, the Global Times, posted a tweet on the order, stating that it will standardize and provide a legal basis for troops to "carry out missions like disaster relief, humanitarian aid, escort and peacekeeping." In an article on the subject, the Global Times cited a "military expert" as saying that the document is likely referring to operations that "limit the scale of the use of force like maritime escorts and peacekeeping."

The expert pointed out that the People's Liberation Army (PLA) has been engaged in counter-terrorism, anti-piracy, and peacekeeping missions off the Horn of Africa. The analyst argued that by conducting such overseas operations, the PLA can "prevent spillover effects of regional instabilities from affecting China, secure vital transport routes for strategic materials like oil, or safeguard China’s overseas investments, projects and personnel."

However, Western analysts have found parallels between Xi's use of the term "military operation" and Russian Vladimir Putin's description of his invasion of Ukraine as a "special military operation," indicating that this may refer to future military action against Taiwan. ABC News (Australia) cited Eugene Kuo (郭育仁), executive director of the Institute for National Policy Research, as saying, "I think it's definitely a copy of Putin's 'special operation' language."

Kuo added that amid the war in Ukraine, "It sends a very threatening signal to Taiwan, Japan and the surrounding countries in the South China Sea." He then postulated that this order is designed to boost China's gray-zone activities.

The news agency also cited Beijing-based analyst Wu Qiang as explaining that from Beijing's point of view, an operation to conquer Taiwan "would just be another continuation of the unfinished civil war of 1949." Therefore, the new guidelines would enable China to label a future assault on Taiwan as a "non-war operation" rather than a new war in the strait.