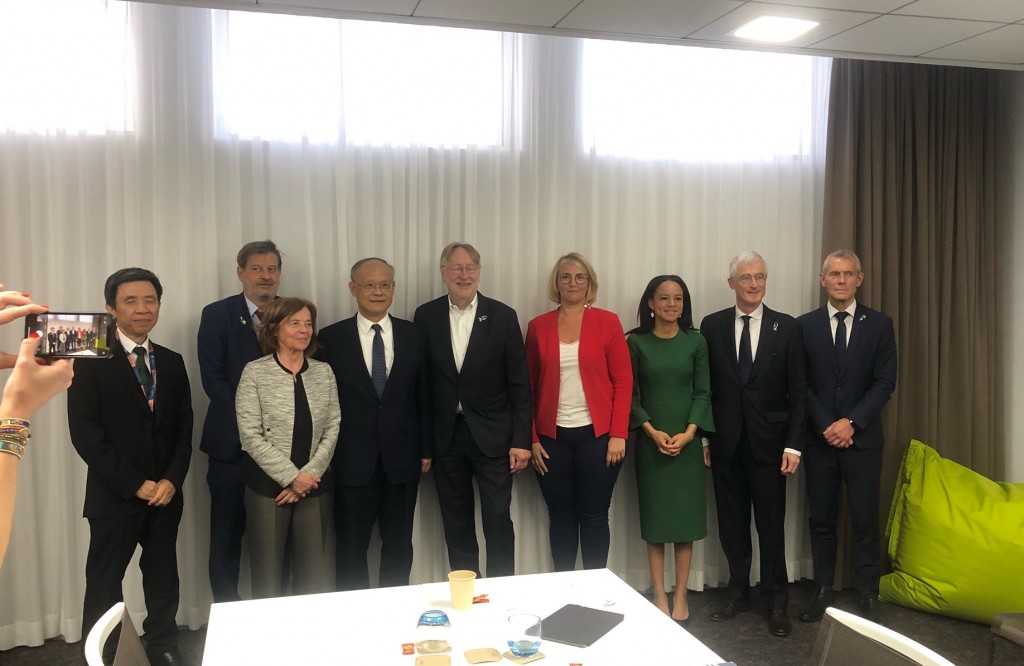 TAIPEI (Taiwan News) — Members of the European Parliament (MEPs) have voiced their support for closer trade ties with Taiwan on the sidelines of the WTO’s Ministerial Conference (MC12) taking place in Geneva between June 12-15.

Taiwan’s top trade negotiator, Minister without Portfolio John Deng (鄧振中), on Tuesday (June 14) exchanged opinions on WTO topics and bilateral relations with a group of MEPs led by Bernd Lange, a German MEP and chairman of the Committee on International Trade, per CNA.

Deng expressed his gratitude to the European Parliament for throwing its weight behind greater partnerships with Taiwan, including pushing for a bilateral investment agreement (BIA). Taiwan and the EU, who share democratic values, have agreed to deepen cooperation on semiconductor industries, protection of property rights, and other areas, he noted.

Other issues brought up in the meeting included human rights, environmental protection, e-commerce, and fisheries subsidies. Permanent Representative of Taiwan to the WTO Lo Chang-fa (羅昌發) stressed Taiwan has incorporated international human rights standards into its institutions despite having failed to participate in relevant covenants due to its status.

The MEPs urged more investment from Taiwanese businesses as Deng advocated further research and development collaboration in the corporate world. The talk was “intensive and fruitful,” Lange commented in a tweet.