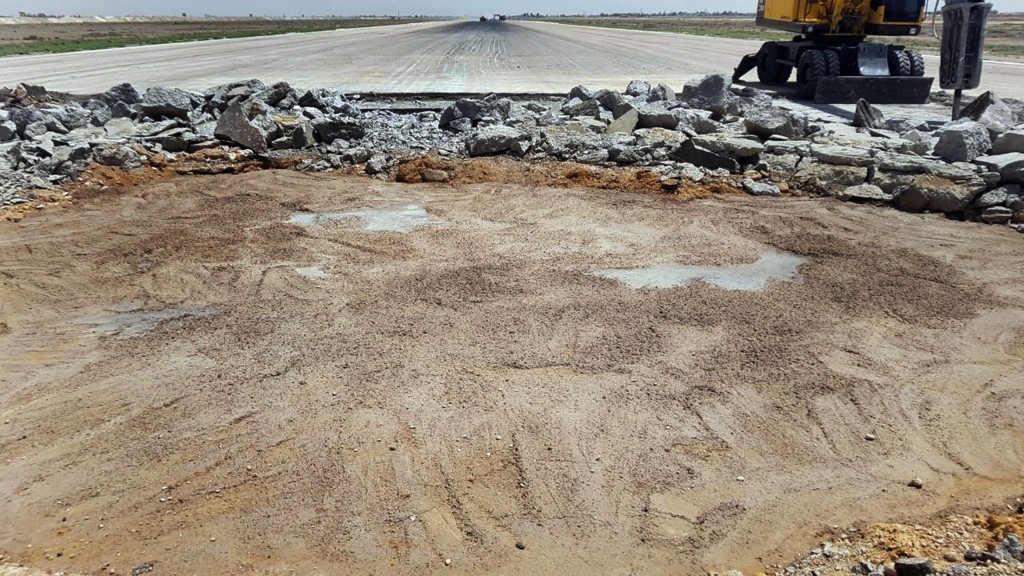 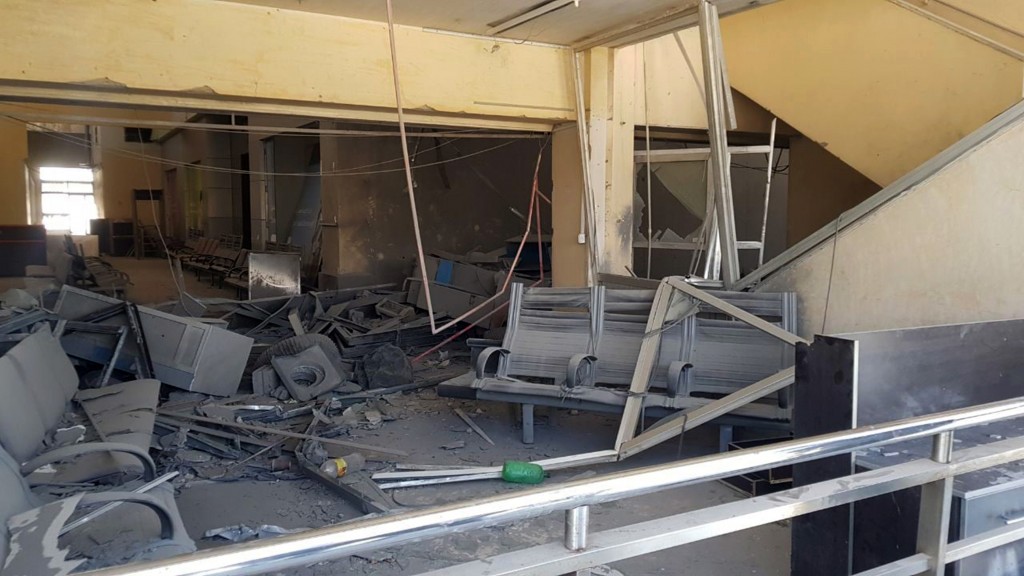 BEIRUT (AP) — Israel marked a major escalation in its years-long campaign of airstrikes in Syria, carrying out an attack last week that shut down the country’s main civilian airport in Damascus as Israel steps up efforts to stop Iranian weapons shipments to Hezbollah.

The strikes further ratchet up tensions in the confrontation between Israel on one side and Iran and its Lebanese ally Hezbollah on the other. Iran has accused Israel of assassinating several high-ranking Revolutionary Guard members, while Hezbollah has threatened to strike a gas rig Israel is setting up in Mediterranean Sea area that Lebanon also claims as its waters.

The escalation comes as Russia, the top ally of Iran and Syria, is preoccupied with its war in Ukraine. Russia has naval and air bases in Syria and troops deployed there, backing Damascus in Syria’s long civil war.

With the strikes, Israel is sending the message that it “won’t let Iran fill the vacuum (left by) Russia in Syria while it is busy with Ukraine,” said Ibrahim Hamidi, a Syrian journalist and senior diplomatic editor for Syrian affairs at the London-based Asharq Al-Awsat newspaper.

For years, Israel has been carrying out airstrikes in Syria, saying it is determined to prevent Iran’s entrenchment near its northern border and the smuggling of weapons to Hezbollah, which is funded and armed by Tehran. The strikes have largely hit bases of Iranian-allied militias, including Hezbollah, as well as convoys said to be carrying arms to Hezbollah.

Friday’s strikes were the most extensive against a civilian target and, by shutting the airport down, had the widest impact. As in the past, Israel did not claim responsibility for the strikes.

The airport had remained operational even during the worst days of Syria’s 11-year civil war. It has both a civilian and a military section and satellite photos showed the runways on both sides with at least three craters each.

Along with the runways, the strikes hit or damaged airport halls and a radar tower and an arms shipment that was in the civilian side of the airport, said Rami Abdurrahman who heads the Britain-based Syrian Observatory for Human Rights, which monitors the conflict in Syria. Military positions south of Damascus were also hit.

Despite the escalation, Syria and Hezbollah both remained relatively muted about the attack. Syrian state media said Israeli strikes wounded one person and caused “significant” damage to infrastructure and rendered the main civilian runway unserviceable until further notice. Flights were rerouted to Aleppo’s airport while repairs were underway.

Syrian Prime Minister Hussein Arnous visited the airport Sunday to inspect repairs. Photos posted by SANA showed a bulldozer working on what appeared to be the runway while another showed damage inside one of the airport’s rooms with glass blown out, chairs unhinged from their place and electric cables dangling from the ceiling.

Israeli media reported that the aim of the latest attack was to prevent the flow of equipment used in precision-guided missiles to Hezbollah.

Military affairs analyst Yossi Yehoshua wrote in Israel’s daily Yedioth Ahronoth that the Iranians have tried to ramp up aerial operations, first using cargo planes and hiding the weapons in hangars at Damascus International Airport. He claimed that now Iran and Hezbollah were using civilian flights to Damascus and Beirut to smuggle advanced military materiel to Hezbollah.

“Materiel consists of relatively small parts that look innocuous enough” and are easy to hide inside checked baggage on a civilian flight, Yehoshua wrote.

Amos Harel, senior military correspondent for Israel’s daily Haaretz, wrote that Iran has sought ways around Israeli disruptions and recently some of the best systems have been smuggled in hand luggage on commercial flights.

He added that the action suggests Israel perhaps feels it can take far-reaching military steps now, while international attention is focused on Ukraine.

Past Israeli strikes have largely gone without retaliation from the Syrians. Israeli airstrikes in Syria are usually coordinated with Moscow through a “deconfliction mechanism” to avoid direct confrontation with Russian forces in Syria.

In a rare public rebuke, Russia’s Foreign Ministry denounced Friday’s airstrikes as “provocative” and a “violation of the basic norms of international law.”

A Lebanese journalist who covers Arab-Israeli affairs, Sateh Noureddine, wrote that Israel’s move to knock out Damascus’ airport signals “a plan to impose a complete air blockade on Iran while also striking at Hezbollah, depriving it of a vital air link with its only military supply center.”

The strikes could be a first step toward a possible Israel-Hezbollah war, Noureddine warned, writing in the Lebanese news site Al-Modon, where he is editor-in-chief.

Hezbollah and Israel have had a series of confrontations, including a full-scale war in 2006. Tensions between the two enemies have been escalating over a maritime border dispute between Lebanon and Israel, with Hezbollah leader Hassan Nasrallah threatening last week to strike the Israeli gas rig being set up.

In February, Nasrallah said the group has been manufacturing military drones in Lebanon and has the technology to turn thousands of missiles in their possession into precision-guided munitions.

A Lebanese military analyst who closely follows affairs in Syria and Lebanon said Syrian officials have been unusually “tightlipped” since the strike, given its significance.

“There is silence in Syria at all levels and the real scope of the strike is unknown,” he said, asking that his name not be made public in order to discuss the Syrian reaction.

“The timing of the strike and link with to regional developments is puzzling,” he said.